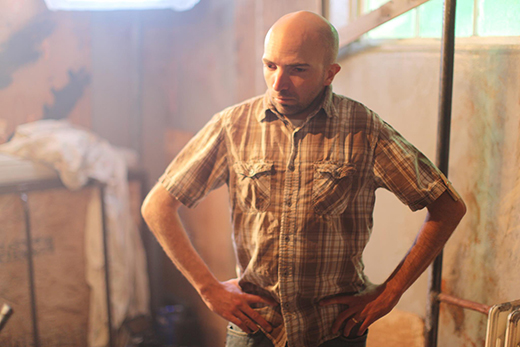 Writer/director Garrett Batty has crafted one of the best films to ever emerge from the Mormon cinema movement, in large part because it tells an amazing story that will move audiences of all beliefs. The Saratov Approach, about the real-life 1998 kidnapping of Travis Tuttle and Andrew Propst while these served as LDS missionaries in Russia, is an expertly-made, powerfully-acted tale of survival, courage, faith, and compassion (read my review here . It is now playing across Utah and will be released in Arizona, Idaho, and Nevada on October 25. I recently had the opportunity to discuss the making of the film, its accuracy, and its uplifting messages with writer-director Garrett Batty.

JONATHAN DECKER: I read that you’ve wanted to make this story into a film for years, but wanted to give Andrew and Travis time to heal and be ready to tell their story. For how long has the idea of this movie been swirling around in your head? Did you know you wanted to be a filmmaker back in ’98?

GARRETT BATTY: I’ve wanted to be a filmmaker for as long as I can remember.  In the 8th grade my dad gave me my first camera, and that was only so that I would give his back to him after borrowing it for 3 years.  I was always on the lookout for compelling stories that could be made into films.  When headlines about this experience in Saratov began to surface, I was instantly intrigued, as were a lot of people.  I followed the story closely and kept it in my mind’s file labeled “potential films to make.”  A few years ago, about the time the Book of Mormon musical hit Broadway, I felt absolutely compelled to bring this story to light. 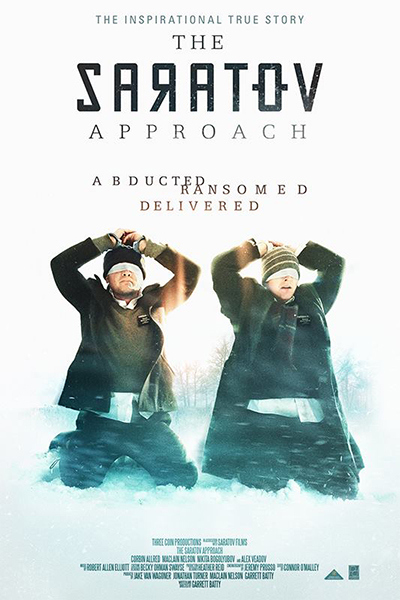 JD: You know, I had that exact thought: “I wish everyone who’s seen that play could experience this film and see what we’re really about.” How did you approach these two guys [the now-returned missionary captives] with the idea? Were you already connected to them? Did they help you prepare the screenplay?

GB: I didn’t know who Propst and Tuttle were and had no idea how to find them.  In fact, most of the published articles had misspelled Propst’s name, so my searches were pretty ineffective.  Finally, through some miraculous Facebook connections, I was able to find Propst’s wife, so I sent her a message.  About an hour later I received a call from Propst, wondering why a complete stranger would be contacting his wife.  Fortunately he was gracious enough to let me explain.  He agreed to reach out to Tuttle, with whom he hadn’t spoken for years.  After they both agreed to hear my idea, I arranged to bring them together for the first time since they had been home from their missions.  The reunion was absolutely incredible.

They were humble, and doubted that their story would have any real effect on people.  We quarantined ourselves up in Idaho for 3 days and they told me their entire experience.  Then I met with their families.  I took notes, and recorded all the interview sessions, then listened to them over and over, until I knew the story completely.  They also gave me their journals, notes, and all the newspaper clippings from their experience.  They were very helpful in the research process, and allowed me complete control over the story.  It was really an ideal situation for a screenwriter.

JD: Tell us about the exodus of bringing this to the big screen. I understand it was initially going to be called Rescued by the Hand of the Lord, is that right?

GB: I wanted to make sure that the story would be interesting to an audience, so I took time to put on a few firesides, featuring Propst and Tuttle telling their story.  The people that came to these firesides were completely engaged in the story, and I could see that it would have a positive effect on a variety of demographics.  The firesides were called “Rescued by the Hand of the Lord” to differentiate them from the film.  The feature film has always been called The Saratov Approach.

I wrote the rough draft of the script in 3 months, then took a year to raise the money necessary to make the film.  As things fell into place, I hired Jake Van Wagoner to help produce, and he had us in production starting April 1st, 2013.  We shot for a total 16 days, and I had a rough cut done about 6 weeks later. 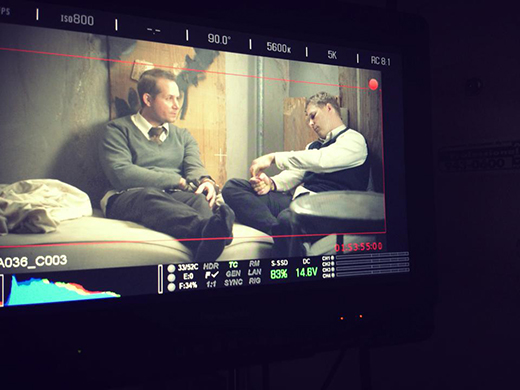 JD: It seemed like you did quite a bit of location shooting on this. How much filming did you do in Russia vs. locations doubling for Russia and/or sound-stages?

GB: Our producer, Jake Van Wagoner, was an incredible resource when it came to finding locations for the film.  We knew we wanted the film to look and feel authentic, which to us meant cold, beautiful, gritty and textured.  We knew that we would be spending a lot of time in the Russia locations, so we made it a top priority to find the right-looking places. Jake found contacts which allowed us to shoot most of the exterior scenes in Kiev, Ukraine, which had everything we needed to create the look and feel we wanted.  The interior to our “captors’ shack” was a set built in Utah, but Jake hired a Russian construction foreman to build the set.  Heather Reid, our Production Designer made the sets truly authentic.  Authenticity was the goal.

JD: What aspect of the film are you most pleased with? Anything you’d do differently?

GB: Honestly I’m thrilled with how it has all come together.

With film being such a collaborative process, it is always a challenge to make sure everyone is on the same page.  I am most pleased that everyone’s vision for this project aligned, and we have a strong film because if it.  Jeremy Prusso’s cinematography, Rob Elliott’s beautiful score, Corbin Allred and Maclain Nelson’s stellar performances– everything just really came together.

JD: I think one of the movies’ most impressive feats is its balance. It’s incredibly intense, but also funny, moving, and uplifting.  How did you strike that tone without going too far in any direction?

GB: Thank you.  It was vitally important to me to create a film that wasn’t too much of one thing.  I paid close attention during takes, so that each scene would feel truthful.  If during a take there was anything that got close to a cringe, or the “fake filter” was triggered, we would redo it.  The story itself is very powerful, so we did our best to just let it play for its strengths.  Also, our actors did a phenomenal job of making sure there was depth to their characters.

Alex Veadov, who plays the main kidnapper, really emphasized wanting to make sure that he wasn’t just a one-note, stereotypical bad guy.  He really worked to humanize his character.  Each actor brought such depth to their roles.  I tried to stay open to the creative process on set, so that anyone would feel comfortable making a creative offer.  When an offer was made, we would openly discuss it.  If it added to the story, we’d try to incorporate it.  If it pulled from the truthfulness, we’d lose it. 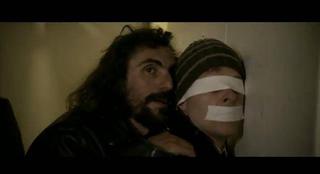 JD: Just like The Blind Side isn’t just for evangelical Christians and Fiddler on the Roof isn’t just for Jews, you were able to hit a sweet spot in making a film about Mormons that carries broad appeal but doesn’t shy away from portraying the Christ-centered faith of its characters. Were you mindful of finding that balance? How did you pull it off?

GB: I worked very hard to keep the plot completely universal.  It is not a “how I got a testimony” plot. We have a story with incredibly high stakes–a life and death situation involving two very human characters.  Much like The Blind Side or Fiddler on the Roof, the religion is not the cause of their conflict or the resolution, but a deep well for the characters to draw from as they make their decisions.

JD: What has been some of the feedback you’ve received so far that has meant the most to you?

JD: Thank you for your time Garrett. This is a wonderful film.

GB: Thanks, Jonathan. Thank you again for the opportunity. 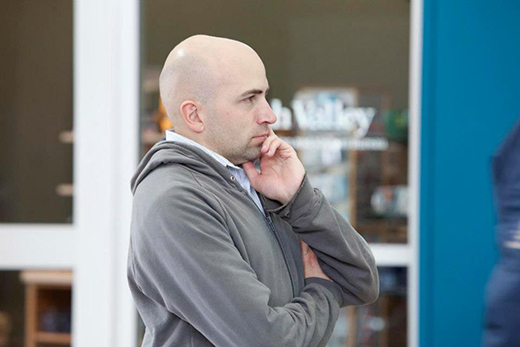 The Saratov Approach is now playing in theaters across Utah. It opens in Arizona, Las Vegas, and Idaho on October 25th. How long it stays in theaters, and whether it opens in more locations, depends largely on opening weekend ticket sales, so get on out and see it! Click here  for a full list of theaters.

If you’re looking for more inspiring entertainment, pick up a copy of my book 250 Great Movies for Latter-day Families, now available at Deseret Book, Amazon, Barnes and Noble, and other outlets. To learn more about the book, and to see what critics and readers are saying about it, please visit www.moviesformormons.com. For more of my current film reviews, please visit www.mormonmovieguy.com

We are in Chicago - would love to see it here.