The Saratov Approach: A Film that Finally Tells the Rest of the Story | Meridian Magazine

The Saratov Approach: A Film that Finally Tells the Rest of the Story 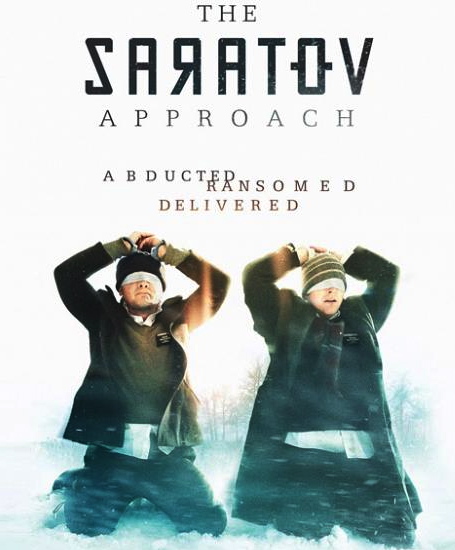 On March 18, 1998 two missionaries for The Church of Jesus Christ of Latter-Day Saints serving in the Russia Samara mission knocked on what must have been thousandth door of their church service. The scene is a familiar one to anyone who has served a mission. They knocked in the hopes that someone on the other side of the door would benefit from their message of Jesus Christ, but when the door opened what they found was far from a golden investigator.

Invited to this apartment by a stranger on the street who had requested an appointment with the elders to hear about the Church, Travis Tuttle and Andrew Propst were instead beaten upon arrival and taken for ransom to a remote location in Russia where they were held for five days.

The event made international headlines and desperate hope for their safe release brought the prayers of people of many different faiths from across the nation together. Now, 15 years after this traumatic and miraculous ordeal, their story has been made into a feature film. The film, from writer/director Garrett Batty, is The Saratov Approach and hits theatres October 9, 2013:

The kidnapping was covered by media outlets worldwide. In the early years of its publication, Meridian Magazine even published a feature interview with one of the elders, but the two had never really spoken together about the details of the experience until Garrett Batty reunited them last year. Batty had considered the story perfect for a screen adaptation for a long time, but “wanted to give the men sufficient time to heal.”

Finally, Batty contacted one of the two elders on Facebook and Propst and Tuttle gave the go ahead for this story to be brought to life and for the intimate details of the experience to explored. In 1998 when all of this happened it seemed that every news outlet took their chance to tell a story that started with a shocking abduction and ended with a miraculous release. But few if any told of what happened in the five days in between. This film bridges the gaps with intensity and inspiration.

Though they were in the possession of the kidnappers for less than a week, the days handcuffed in a tiny room with little to eat no doubt dragged on for what felt like years. The former elders, reunited after so many years sat with Batty and described in detail what that interim felt like, what they saw and heard and where their thoughts were in this time of such pressing peril.

Batty says that it was almost as if the two were finishing each other’s sentences as they reminisced over the details of the experience.

The following is an interview with Andrew Propst and Travis Tuttle about the event:

Adapting the five days of isolation in the Russian wilderness into something cinematically thrilling was no small task for Garrett Batty. Though the story has inherent elements of suspense and entertainment, he was presented with a challenge in capturing the psyche of the confined elders, the struggle of their worried families, the desperation of their captors, and the concern of the on-looking world. He managed to weave all of these elements together in surprising and compelling ways. Even with what was presumably a small budget, it feels like a big budget film.

The entire film was purportedly shot in only three weeks. The outside shots were filmed on location in Ukraine to capture the wintery wasteland feel of Russia (and to avoid those pesky Wasatch mountains that are always a dead giveaway when Utah is trying to pretend it’s Europe in the movies), and the inside shots were filmed in Salt Lake City.

The strong performances of the leads and the stunning construction of the story carried the film and expanded its scope far beyond the confines of a tiny, dirty room on the other side of the world. The members of the production were not all LDS, but it seems that all were touched by the experience of making the movie. Batty reflects on the spiritual element of this process in the video below (an interview conducted by Seth Adam Smith):

This film is thrilling in a way that can compete with any big-time Hollywood release and though the story is spiritual in nature, it truly has something for everyone.

With the increase of men and women going out into the field since the age-change was announced for full-time missionaries, this story becomes an even more compelling one (and not just in a way that will terrify all the mamas who just sent their 18-year-olds to places they know nothing about). You really come away from this film assured that these two missionaries and all the other missionaries that have followed are in the Lord’s hand and truly doing his work.

The Saratov Approach stars Corbin Allred and Maclain Nelson and is scheduled for release on October 9. For more information, click here.

You can go here to ask it to come to your theaters: https://bit.ly/SaratovDemandIt The most help it can get, though, is for everyone in Utah to buy tickets this first weekend, through the 14th of October. Please encourage your friends in Utah to go EARLY. If you wait for the dollar show, it will never make it to the larger venues out of state. Thanks!

What a compelling story, so many life lessons, being kidnapped was so much more than the kidnapping for these two wonderful sons/called to serve God's children in Russia. Our RS president made the statement that is the answer to the world's horrific issues so simple as inviting those we come in contact w/or know well, to come to Jesus Christ and His restored gospel? From this movie it would be correct to say YES! Thanks for sharing the information w/us. Hopefully it will come to East Texas as well.