A Case Of Freezer Burn 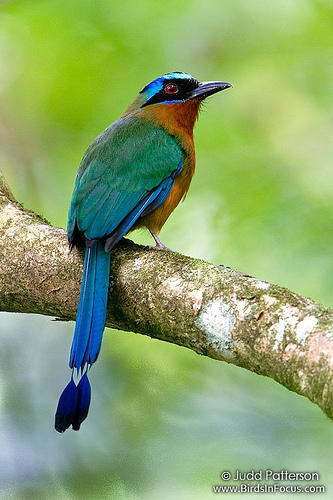 I had been visiting Buster and helping him on his computer. When I finished, he asked me if I would be interested in some old hamburger he had in his freezer. “It wouldn’t be any good to eat. You’d have to feed it to your dog.”

I figured our dog would like a change from dry dog food, so we made our way out to Buster’s garage where his freezer was. When he opened it, I was shocked to see a bird there that, at that time, was on the endangered species list.

I gasped. “Buster, what in the world are you doing with that in your freezer?!”

“I found it. It was underneath a power line. Apparently it died of electrocution.”

“What is it doing in your freezer? You can’t have that!”

“But I didn’t kill it. I just found it. It was already dead.”

I explained to him that the law didn’t just say that a person couldn’t kill one, but it was illegal to even have it. I told him it was a felony.

“Buster, you need to take it back and put it right where you found it.”

He seemed reluctant to do so, but he promised me he would take care of it immediately.

I didn’t think any more about it for a year or so. I was made a Cub Scout pack leader and organized many events. For one of them, we were supposed to talk about animals and nature. A man in our community, “Jay”, was a game warden, so we contacted him to see if he would be willing to come and visit with the boys about animals and conservation.

He was happy to do so. “In fact,” he said, “I have a great idea. I will see if I can get permission to bring our education trailer with the animals that were prepared by a taxidermist for us to use when we go to schools.”

He was able to get permission, and we all looked forward to that night. When the evening arrived, he showed up early. He pulled in with a pickup pulling a large enclosed trailer. We helped him as he hauled the animal collection into the church where we met for our Cub Scout pack meeting.

There were small animals, including a squirrel and a chipmunk. There were medium sized animals such as a coyote, a rabbit, and a fox. Jay had the head of a few large animals including a moose and an elk. He had many types of birds and a few different types of bats.

As the other Cub Scout leaders and I would bring one of them into the church, Jay would direct us where he would like them put. By the time we finished, the whole room looked like a forest full of animals.

When the boys arrived, they walked in wide-eyed and excited. Jay did an excellent job telling about each animal and how it lived, what it ate, how it raised its family, and so on. He had some recordings of the sounds some of the animals made. He finished by talking about conservation and what each of us could do to help the animals. He told how some animals are in danger of going extinct and what is being done to protect them. The boys listened intently and the meeting was a great success.

Afterward, as we were eating brownies, I happened to be looking at a bird that looked like the one Buster had had in his freezer. Jay came up beside me. “Isn’t she beautiful?”

I nodded as he continued. “It apparently flew into a power line because we found it beneath one.”

Suddenly, the memory of seeing a bird in a freezer started to come back into my memory as Jay talked. “We always have to have an autopsy done on all endangered species, and it did indeed appear to have been electrocuted. But with this bird there was something really strange – it seemed to have had some kind of freezer burn or something.”

I turned to look at him as he finished. “But I guess we’ll never know why.”