One-Third of U.S. Employees Say Employers Do Not Accommodate Religion in the Workplace | Meridian Magazine

One-Third of U.S. Employees Say Employers Do Not Accommodate Religion in the Workplace 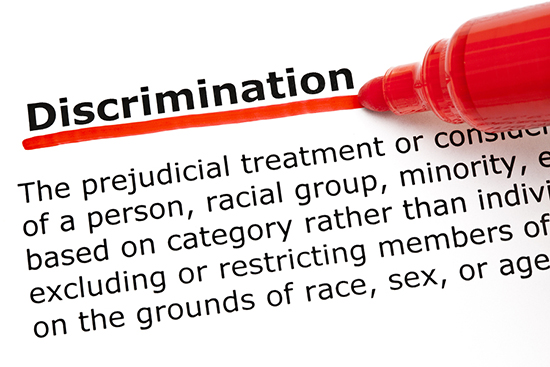 NEW YORK – Consider a typical workplace: meetings, production deadlines, coffee or smoke breaks and casual Fridays all come to mind as part of the routine. But when it comes to prayer breaks, wearing religious garb in the office and other accommodations specific to religion, that’s a different story.

This Labor Day, a new national survey released by the Tanenbaum Center for Interreligious Understanding makes the point. Today,more than one-third of workers report observing or being subjected to religious bias at work. The survey, What American Workers Really Think About Religion: Tanenbaum’s 2013 Survey of American Workers and Religion, examines religious bias and discrimination against American workers.

“This survey puts employers on notice,” said Tanenbaum CEO Joyce Dubensky. “American workplaces in-creasingly reflect the makeup of the country; they’re more and more diverse. Work is the place where people with extremely different beliefs interact on a regular basis. But where there’s more diversity, the survey shows that we can expect to find more conflict.”

Survey results confirm that a majority of workers believe Muslims are facing discrimination at work. The Muslim community is not alone.

“Other groups report being marginalized too, including members of other minority religions in the U.S. and atheists,” explained Dubensky. “But that is just part of the story.”

“Religion is one key way that people define themselves,” revealed Dubensky. “Being harassed at work be-cause of your religion, or not being allowed to follow basic beliefs such as observing a required prayer is painful. Such experiences affect morale and, ultimately, impact a company’s ability to attract talent. The good news is that the survey shows that this can be turned around through smart policies that address employees’ diverse religious needs. Do that and you increase the likelihood of having happier employees and less turnover.”

Other findings from Tanenbaum’s survey include:

“If there’s one message from this survey, it’s that religion is a workplace issue,” Dubensky suggested. “Employers who ignore it, do so at their own risk.”

Tanenbaum conducted the 2013 Survey of American Workers and Religion with Public Religion Research LLC. The survey provides a comprehensive picture of American workers’ experience with religious discrimination and bias in workplaces, as well as their perceptions of discrimination in American society. The survey’s respondents are a random sample of over 2,000 employed American adults. For a limited time, the survey is available as a free PDF download, with print copies for sale, on Tanenbaum’s website.

It is difficult to prove religious and ethnic discrimination in the wotk place. I have been discriminated against at work over my religion and skin color. I was also bullied while growing up over these issues. And as an adult it is no better. Unfortunately there is no pathway for employees to persue help who are harassed or discriminated against for any reason. Sad, sad, sad.

Employers are at great risk if they fail to manage religious practices and discrimination in the workplace. Some are identified in the excellent guideline: Religion In The Workplace, by horn.