They were going to Burn the Flag! | Meridian Magazine

They were going to Burn the Flag! 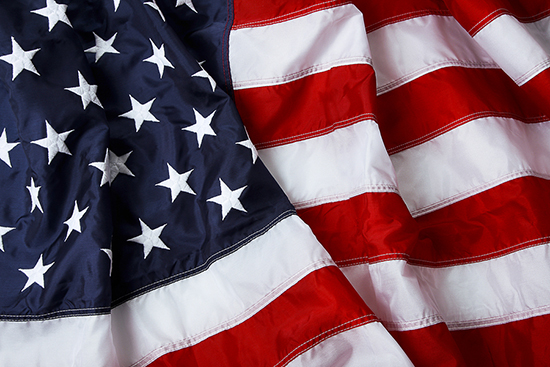 It was the time of the Vietnam War, and there were many protests. Many questioned the practice of asserting our authority to help a people who not only didn’t seem to want our help, but despised us for it. We were trying to, in a sense, force democracy upon a people who either were not ready to live under democratic governments, or simply did not want them. Even if we consider our way of life to be the best in the world, is it our right to force it upon others? Democracy is ruling by the will of the people, and if the people do not have the will or desire to rule themselves, it will never work.

Though many who lived during that time period didn’t agree with the war, there were some who took their protests to levels that were no better than the war itself. We watched riots, sit-ins, and many other acts of civil disobedience. Some seemed to be caught up in the fervor of the moment and protested anything and everything just to protest.

In some ways, small communities, such as ours, were isolated from much of the action and counteraction that was going on in major metropolises of the nation. But one such action that hit home, even to small communities, was the protests of those burning the American Flag. To many of us, this hit a nerve much deeper than the war. By burning the flag, a person was not just protesting the actions of our country’s leaders, but they were symbolically expressing animosity toward everything about our country, including the futuristic vision upon which it was built. Many of us had no problem with people peacefully expressing their disagreement with our country’s policies, but when they venomously, and distastefully expressed disgust for everything about our country, we were appalled.

In our community, when a flag burning protest was announced, those who opposed it organized as well. The day arrived, and those planning on burning the flag gathered, consisting almost entirely of young people, mostly men, and almost all with long hair that symbolized the rebellion of the time. Those against it were led by the local veterans post. When one of the young men pulled out a cigarette lighter, a scuffle ensued, and the more numerous veterans overpowered the opposition and took away the lighter. As tempers flared, one cool head eventually prevailed. John, an old World War II veteran, stepped forward. He requested, and received, the lighter from his fellow veterans, and then he turned to address the younger oppositionists.

“I am going to give you back your lighter, but before I do, I want you to understand why we oppose what you are doing. Many of us have fought against tyrannical forces that would love to see our flag, and what it stands for, marred, as you are planning today. We fought in trenches and saw dear friends fall around us. Each time we buried one of these brave men, we would cover his coffin with the flag you now want to burn. It stood as a symbol of the ideals he had died for, and the country he loved and would never see again.

“Some of us helped liberate prisoners whose emaciated bodies made them look like walking skeletons and whose only crime was being born into a certain class of people, or standing up against the injustices they saw around them. These people dreamed of the freedoms we often take for granted, freedoms this flag you desire to burn gives you in letting you burn it. When we freed them, they lifted our flag high in honor.

“Our country is not perfect, and we can understand protests against certain actions. Proper challenges to injustice and improper authority are good, and make us stronger and better. But we detest protests that malign everything we hold dear; values we have seen our friends pay for with their lives. We feel that denouncing your citizenship in this country by burning its flag, while enjoying the rights and privileges that the flag represents, is the deepest hypocrisy. My young friends, if you are truly sincere, I am sure you do not want to be a hypocrite in your actions. I now hand this lighter back, but I would ask him who lights the fire to renounce his citizenship in this great country and leave it, and I, myself, will pay for his ticket to any other country of his choice.”

Everyone was silent as John held out the lighter to the members of the protest group. But no one took it. Each, instead, gradually, and silently, slipped away.

That day, no flag was burned.

(Daris Howard, award-winning, syndicated columnist, playwright, and author, can be contacted at [email protected]; or visit his website)

Mitt Romney supported the Vietnam War, even demonstrating in favor of it. But when asked to put on a uniform and help defend the country he professes to love, he refused and ran away. Now he is never seen without his flag pin. For a craven coward to adorn himself with the flag desecrates it as surely as if he'd burned it.

A marvelous writing. I lived through this time and it also applies to our time today.