Text is by Maurine Proctor. Photography is by Scot Proctor.

Sign up for a free subscription to Meridian Magazine here. 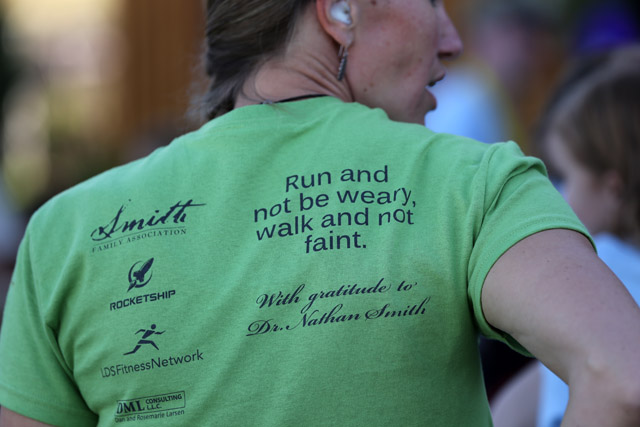 You could tell right away that it wasn’t going to be just another 5K. All you had to do was look around at the green or blue t-shirts worn by many with the saying “Run and not be weary, walk and not faint,” printed on the back, followed by the words “With gratitude for Dr. Nathan Smith.”

This was to be Joseph’s miracle run with legs for adults and a 1K for children. 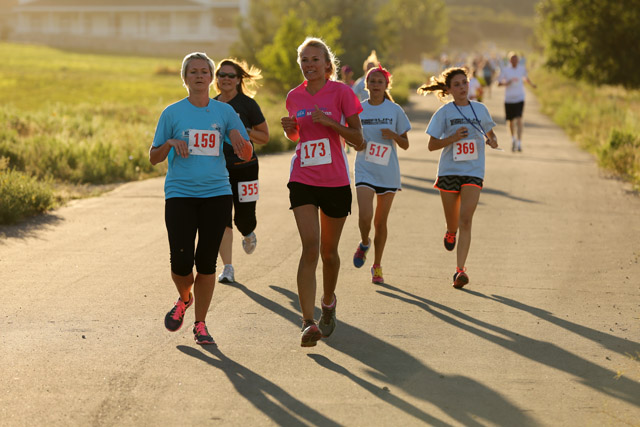 As early light began to touch the foothills at Heritage Park, where the “This is the Place” monument stands on, the usual pre-race buzz was accompanied by something more-a spirit in the air. This Aug. 4 run was sponsored by the Joseph Smith Sr. and Lucy Mack Smith family reunion to remember the 200th anniversary of Joseph Smith’s leg operation, considered by many to be the first miracle of the restoration.

This morning, however, memories were focused back on a 7-year old, anguished with pain from osteomyelitis, a serious disease that often stole life. In the New England typhoid epidemic of 1812-13, all seven of Joseph Smith Sr.’s children had been stricken.

The aftermath of the disease for Joseph had brought the dreaded osteomyelitis. The infection had gone wild in little Joseph Smith, swelling his leg, which was now threatened by amputation. Only one man in that frontier America was qualified enough to save that leg-and he was Dr. Nathan Smith, the founder of Dartmouth Medical School. (no relative of Joseph’s)

Dr. Nathan Smith was bold enough, compassionate enough, to have been experimenting with a new operation to treat osteomyelitis. It involved breaking the diseased bone away. Nobody else in America did it. Nobody else would for more than a century. It wouldn’t become common treatment for the disease until after World War 1. 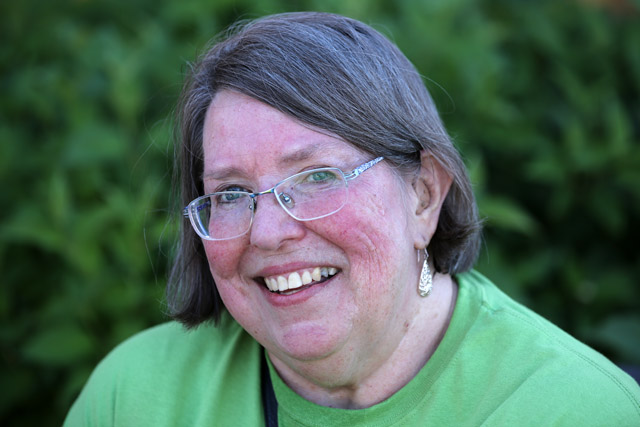 Mary Donoho, a descendent of Hyrum Smith and a family historian, said, “He was the right man at the right place at the right time.”

He saved a leg-and changed the course of history. Mary noted, “I think the restoration would not have been possible by Joseph as an amputee.

“Consider all of the physical, arduous tasks that were required of him. Just hobbling on a crutch to clear the ground of his parents’ farm would have been impossible, but to carry the golden plates and dodge all of those who were chasing them and hide them, to be able to survive lying on the floors of these filthy jails. A lot of physical work was involved in what he had to do. Without the use of both legs in that day and age, these jobs would have been prohibitive.”

A Gift to Dartmouth 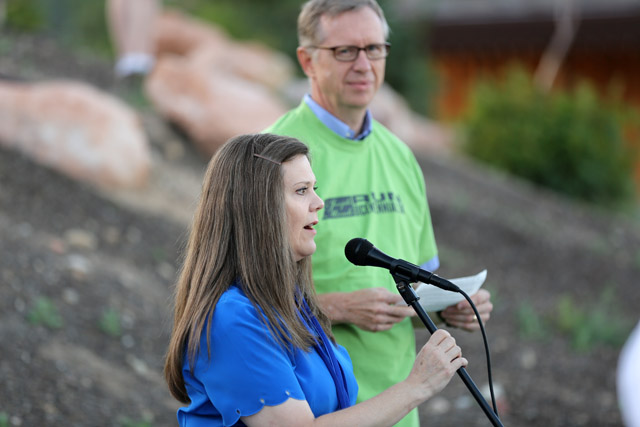 This run will be an annual event to feed the funds for the scholarship endowment.

Since the Smith family reunion was celebrating the doctor who saved Joseph’s leg, Steve and Frances Orton began researching to see if they could connect with any of Dr. Nathan Smith’s posterity to invite them. 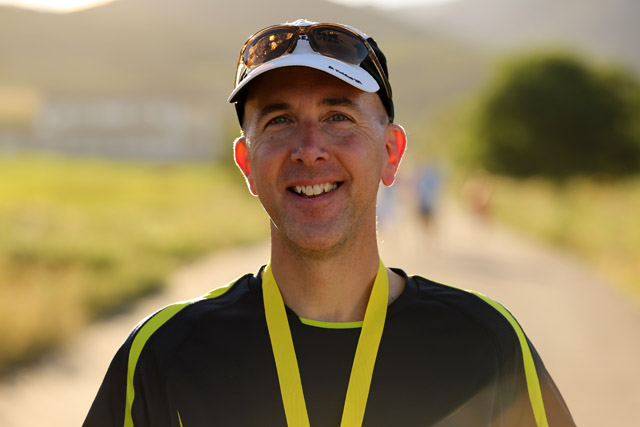 The tradition of medical excellence has been continued in the family. Dr. Lancope said “There have been physicians in every generation.”

There have also been “Nathan’s” in every generation. Here in his mother’s arms is Dr. Nathan Smith’s eighth great grandson. 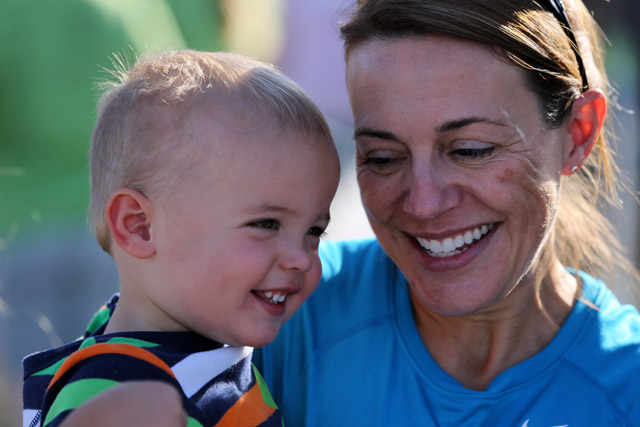 Subtle reminders of Joseph Smith were everywhere. At the start and along the route were signs with quotes from leaders of the Church he restored. “Never give up what you want most for what you want today.” Elder Neal A. Maxwell. “Work will win, when wishy, washy wishing won’t.” President Thomas S. Monson. “Sometimes those who start out the slowest end up going the farthest.” Elder Joseph B. Wirthlin.

Then there was this literary addition from Dr. Seuss, “Don’t cry because it’s over. Smile because it happened.” 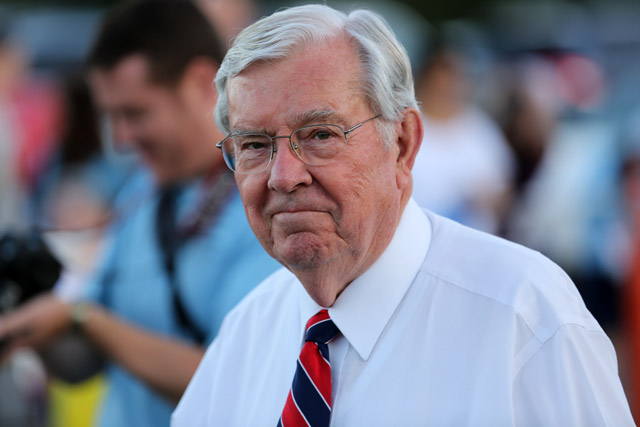 Elder M. Russell Ballard’s mother is the great, great grand daughter of Hyrum Smith through Mary Fielding. He said, “It’s hard to put into words to have some kind of connection to Joseph and Hyrum, who were the great prophets of the restoration.” 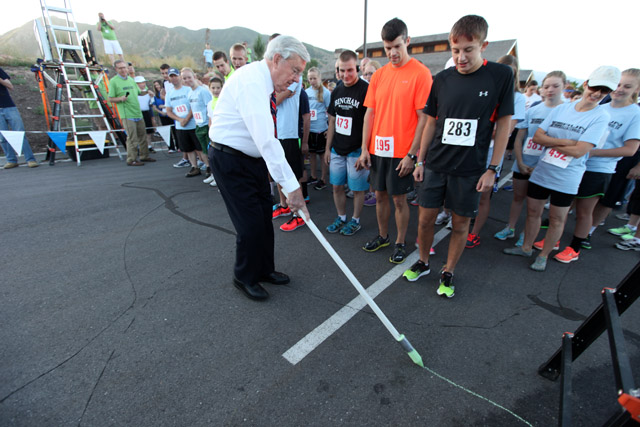 Joseph Smith loved foot races. In the spirit of the way it was done in the prophet’s times, Elder Ballard first drew the line which the runners stood behind. 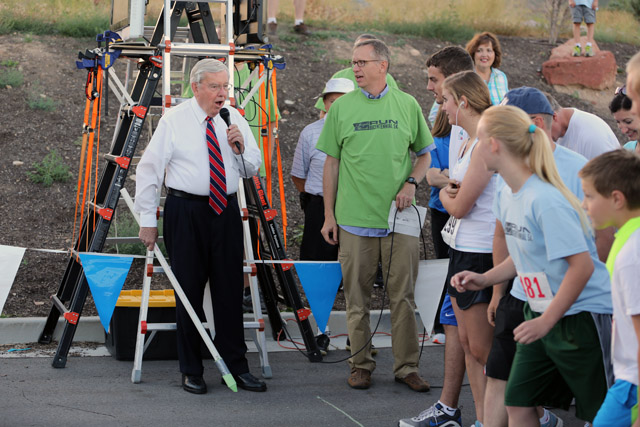 Then as Joseph would have said it in his day, Elder Ballard called out, “Ready, steady, GO! 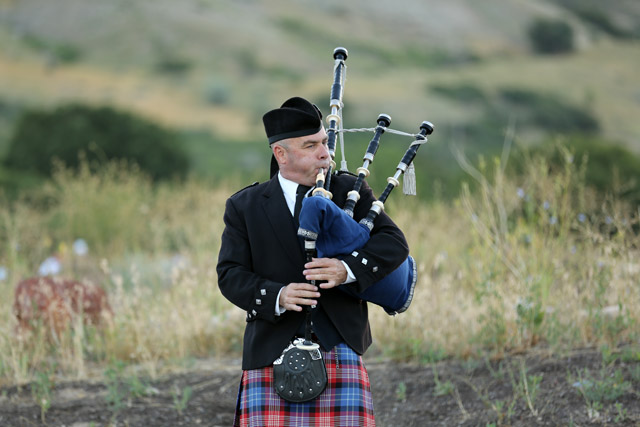 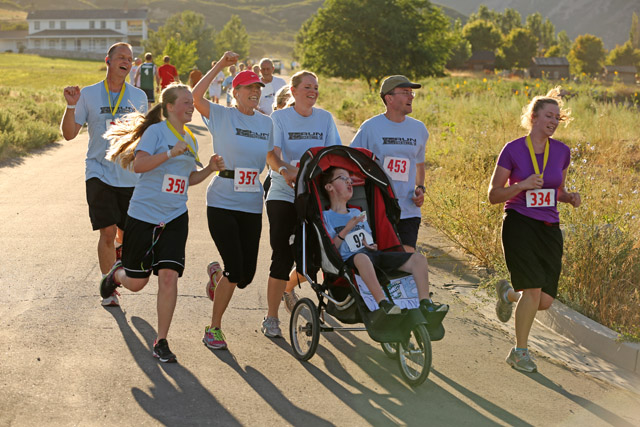 The runners said the foothill course was a challenging one with what felt like more ups than downs.

Yet nobody had a bigger job than Hyrum Smith descendent, Ruth White, who pushed her son, Nathanial.

She said, “I asked my family if anyone would be willing to help me train and Nathaniel was the only one who volunteered. We joined forces and I pushed him in his wheelchair, and he told me to keep going and I could do it and we kept at it, until we finished completely.

“This is the first time I’ve attempted to do a 5K. To have him there to be my support, helped motivate me on the hard days. He would wave to all the cars and they would wave back, and so it was fun. 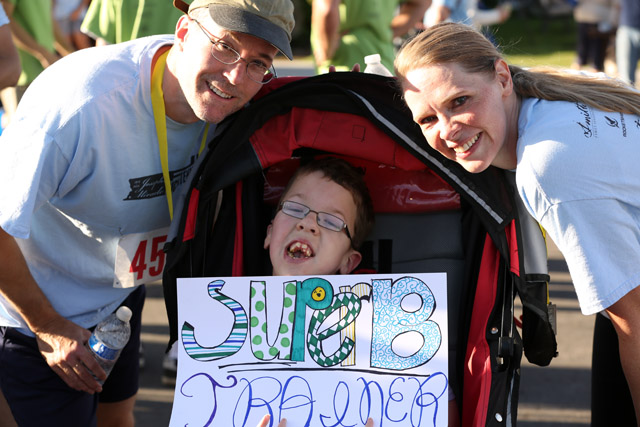 “He made it more personal and more meaningful to commemorate Dr. Nathan Smith, who also founded Yale Medical School where Nathaniel was born and where his life was saved. We had this personal connection and that became very meaningful for me as I prepared for the race.

“Sometimes he would tell me what direction to go. He would say, You can do it.’ Sometimes he’d say, Go faster, Mom.'”

A Type of Joseph Smith

The fourth place-winner, however, was the biggest surprise-an echo of Joseph Smith himself. Joseph Harris, is not a descendent of the Smith family, though he carries the same first name. 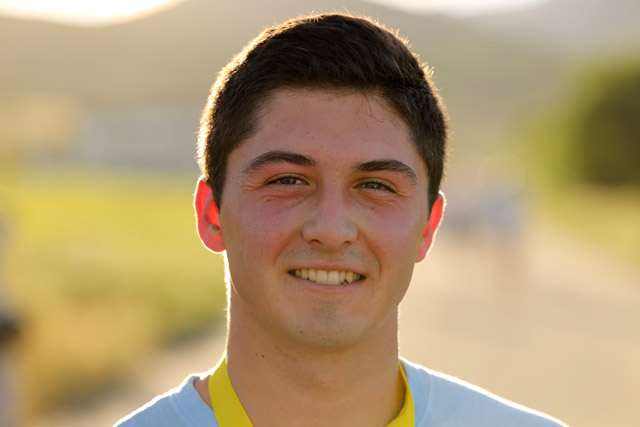 What is similar is that he, too, has suffered from osteomyelitis and the ravages that follow.

In the summer of 2010, he went to a football camp in eastern Utah, where he began to have a swelling in his left calf, the same leg that that troubled Joseph Smith. He thought it was a sprain, but when they opened up his leg, it was filled with infection. The doctors bored a hole in his leg, the size of a grape and drained it. 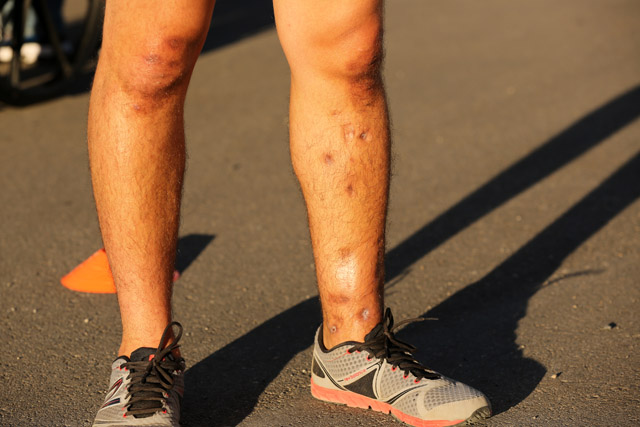 But during the course of the IV, a golf-ball size hole of infection was found in the front and they drained that too. Bad went to worse. Despite anti-biotics, which of course weren’t available in Joseph Smith’s time, the infection continued to grow.

In the last three years, Joseph Harris left leg has broken four times. He has had 6 biopsies and 10 operations, with the last one in March. 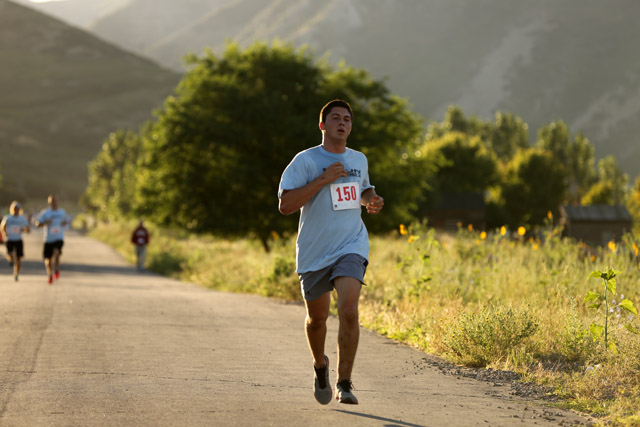 “I felt the need to run today,” he said. “He’s been pushing himself,” his father, Jeff said.

Thank you for writing this. I know all of us who participated in this event will never forget it. There was, as you say, a special spirit there.

I feel blessed to have been a part of this race. Thank you for the wonderful article & amazing pictures!