Life, Liberty and the Pursuit of Healthiness 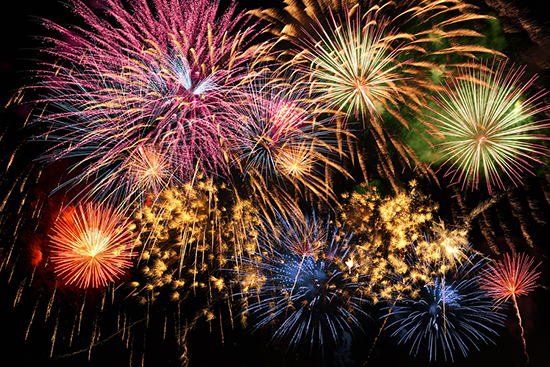 Happy Birthday, America! Bring on the parades, the flags, the fireworks, and the music! It would be a glorious tribute to the Lord and his gift of the promised land if we could also celebrate America’s health. Sadly, 237 years after the Declaration of Independence was adopted in 1776, this is not the case.

Speaking globally, we don’t rank in the top 10, or even the top 20. As I have continued my quest of learning more about osteoperosis and how diet plays a part, it has become very clear that while it’s an epidemic in the U.S., in other parts of the world it’s a mere blip on the screen. (Here’s Osteoperosis and the Word of Wisdom  and Part II will be my next article)

Which are the healthiest countries? In a recent study by the Bill and Melinda Gates foundation, the healthiest people (according to life expectancy) were found to be in Japan for both men and women. The U.S. came in 29th place for men and 33rd for women.

I think our forefathers would be shocked with these statistics (I know I am) and equally shocked with how the world and America’s diet has changed. Though our forefathers surely had health and diet concerns, they did not deal with the problems (both present and future) of a nation obsessed with overly processed, overly available non-nutritious foods. Daily exercise was built in as they walked for a main source of transportation and much physical exercise also came through daily chores for the home and farms, where most of the population lived.

The ease that we enjoy, and the health that we now lack because of it, would be of prime concern, as it is for America’s current leaders. The good news for us as active members of the Church is that we celebrate a greater level of health than many Americans since we neither drink alcohol nor smoke tobacco.

A UCLA study indicates that we Mormons are among the healthiest and longest-living people anywhere, having one of the lowest death rates from cancer and cardiovascular diseases–about half that of the general U.S. population, along with a life expectancy that is eight to 11 years longer than the general white population in the United States.

That’s a lot to be delighted about! On the downside, there are studies that document that members of the Church are heavier than the general population, with its related woes of obesity related diseases. A casual glance at any ward will also document that while we may not be drinking or smoking, we sure are eating!

Indulging in the “don’ts” of the Word of Wisdom will keep us out of the temple, the “do’s” have no bearing on our worthiness. Perhaps if that were different, we would be managing better. That is not the Lord’s way, however and our daily eating and how we pursue weight management is a personal choice.

The Fifth Freedom: The Freedom to Choose Health

Though the 4 universal freedoms declared by U.S. President Franklin Delano Roosevelt are the freedom of speech, the freedom to worship, freedom from fear and freedom from want, I like to think that another freedom is that of choosing health. Of course, there are many factors, genetic and otherwise, that are out of our control, but what we eat and drink? We’re free to choose those every day of the year!

This 4th of July, we can choose to celebrate not only our national freedom, but our personal freedom to be personally healthier. What are the top countries doing that we can easily copy?

JAPAN: Why does Japan continue to be number one for both men and women? Much of this is due to diet. The Japanese eat a diet rich in fatty fish, whole soy, and green. Every meal in Japan looks like a piece of art. Food is so beautiful and so delicious and so simple. They are the largest consumer of fish in the world and of whole soy and of seaweed and green tea. (See my note below about green tea.) When they are about 80 percent full, they stop and wait for about 10 minutes, then decide whether to keep going. And most times, they are full so they don’t need to keep eating more.”

ITALY: Sardinia is an autonomous region of Italy that’s home to a large population of centenarians. There’s a real sense of community in Sardinia. People are close knit and the elderly often live with their families. The men are often shepherds, walking about 5 miles per day and the diet consists of “whole grain flatbread, fava beans, tomatoes, greens, garlic, various fruits, olive oil and pecorino cheese from grass-fed sheep (high in Omega 3).” This is essentially what Jesus ate, a lot of whole grains, fish, fruit and vegetables and modest amounts of olive oil, meat and wine,

SPAIN: Spain is one of more than a dozen countries on the Mediterranean Sea, enjoying lots of sunshine. Therefore, Spanish food contains a wide variety of fresh fruits and vegetables, grains and nuts, a huge selection fish from the Atlantic and Mediterranean, as well as red meat and pork. (which is eaten very sparingly.) Although each Mediterranean country has its own cuisine and unique dietary customs, there are general characteristics that are the same throughout the Mediterranean.

Does this sound like the Word of Wisdom to you? It’s hard not to ask yourself where the 4th of July fare of hot dogs, soda pop, cheeseburgers and full-loaded ice cream comes in on this healthy fare. So I’ve included some fun and healthy 4th of July recipes below:

So, Happy 4th of July! I hope you’ll celebrate not only the 4th of July, but your personal ability to celebrate freedom of choice with smart eating our Heavenly Father’s way!

P.S. A Note on Green Tea: The Japanese make sure to include green tea in their healthy diet. Is it within the Word of Wisdom? It is important to note that green tea, including the herbal detox that I share at MyMiracleTea.com is NOT the black tea referred to in the Word of Wisdom. Many people believe that green teas are any kind of herbal tea that do NOT include the black tea leaves.

Green tea is a type of tea that is harvested and then quickly preserved. Whereas black tea leaves are allowed to oxidize after they are picked, green tealeaves are immediately heated to prevent oxidation. (Oxidation is a natural process. It’s the same thing that happens when you slice an apple and it begins to turn brown and taste sweeter as it is exposed to oxygen.)

Green teas are processed with either steam heat or with dry heat (such as pan firing, which is similar to stir frying in a wok, or a quick baking process in an oven). This processing is different from the processing for other tea types , including black tea, oolong tea, white tea, and pu-erh tea.

Carolyn Allen is the Author of 60 Seconds to Weight Loss Success – One Minute Inspirations to Change Your Thinking, Your Weight and Your Life, available at her website.

She has been providing mental and spiritual approaches for weight loss success both online and in the Washington, DC community since 1999 presenting for Weight Watchers, First Class, Fairfax County Adult Education and other community groups.

In Sardinia we meat a lot of meatand only 2% of population is employed as farmer, we live a lot due to our unique genetic, we are the most isolated people from a genetic point of view in all europe!

Please do not rationalize the use of green tea. It is no different than black tea, except for the process. Both come from the tea plant, and it is this tea that is prohibited by the Lord. All other 'teas' are infusions from herbs.