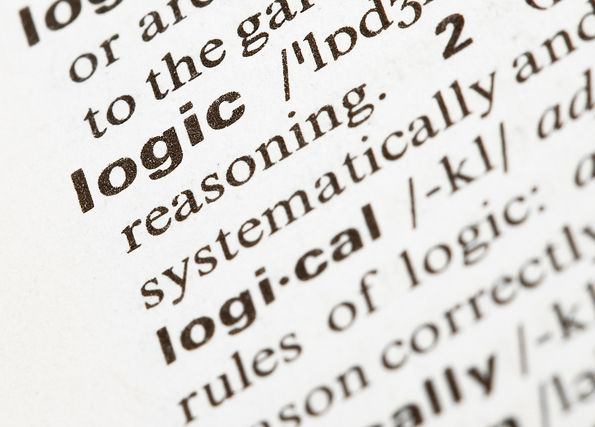 Some of you may have received something like this in an email from a friend:

How is our mind able to accurately decode the above sentence when many of the words are made up of more numbers than letters? Cognitive scientists tell us that our brains typically and quickly assemble clues from the environment to paint a picture of what’s around us while filling in the necessary assumptions.

“For emaxlpe, it deson’t mttaer in waht oredr the ltteers in a wrod aepapr, the olny iprmoatnt tihng is taht the frist and lsat ltteer are in the rghit pcale. The rset can be a toatl mses and you can sitll raed it wouthit pobelrm.”[i]

What does this have to do with challenges to an LDS testimony? I’ll get to that in a moment.

In order for the brain to make assumptions (generally based on past experiences) there needs to be some sort of context-such as the shapes of numbers or the first and last letters of a word. Concurrent words or scenarios also can provide context which can “prime” the brain into filling in the blanks with what is expected. In the following two-word combinations, for example, what is likely the second word? “Wash. So_p.”  Most people will fill in the blank with an “a” thereby creating the word “soap”. If instead, however, I gave you this two-word combination: “Eat. So_p.” You would likely fill in the blank with a “u” for the word “soup.”

Dr. Daniel Kahneman (a non-LDS Israeli-American psychologist and Nobel Prize winner) argues that people-depending on the situation-either think “fast” (what he metaphorically refers to as “System 1” thinking) or “slow” (“System 2” thinking).[ii]

System 1 is our intuitive system that makes quick decisions (like reading the garbled words in the sentences above), while System 2 takes over when we have tougher puzzles such as complex math problems or other challenges that require more brain power. System 2 is lazy and avoids work unless it is forced to act. System 1 is always on and helps us navigate through our daily lives. Virtually all of us rely heavily on System 1 and we need the intuitive answers it provides. Without System 1 we couldn’t make quick enough decisions to walk, drive, or carry on a conversation.

When it comes to practically all beliefs (not just religious beliefs), it appears that a large part of our thinking depends on System 1 as well. While we may have a spiritual experience that taps into System 2 to tell us that Jesus is the Christ or that the Book of Mormon is the Word of God, System 1 takes over to fill in the blanks. When we read things in the scriptures, for example, most of us “recontextualize” or envision what we read in the context of the world around us.

This System 1 approach to scripture, Church history, and words from the Brethren, is fine when we draw on those resources in our quest for spiritual strength and enlightenment, but may fail us when we are confronted with challenging questions.

Research has shown that people who put their sole reliance on System 1 typically have a relatively high need for simplicity and absolute answers. Such persons are also generally more rigid and closed-minded and less likely to tolerate ambiguity.[iii] In other words, placing too much reliance on System 1 can lead to dogmatic or inflexible black and white thinking. This can set us up for big problems when we find that some of the issues associated with the Church are more complex than we might assume.

1) The uneasiness that comes from discovering conflicting information is not unique to Mormonism or even religion, but plays a factor in all of those things in which we believe. The angst of discovering religion-critical complexities, however, is generally greater because religion can be a very important part of their lives. The greater the personal investment, the greater the distress.

2)  The basic tenets of the Gospel are simple-they are not complex. We are told that the two greatest commandments are to love God and to love our fellow man (Matthew 22:26-40). Joseph Smith likewise said:

“The fundamental principles of our religion are the testimony of the Apostles and Prophets, concerning Jesus Christ, that He died, was buried, and rose again the third day, and ascended into heaven; and all other things which pertain to our religion are only appendages to it.”[iv]

Non-doctrinal issues, however-those topics that deal with the historical and scientific aspects in which important religious events took place-are often more complex than some people have presumed.

And unfortunately, too many people-both members and non-members-seem to think that topics such as the breadth and depth of Noah’s flood, or the DNA make-up of ancient New World inhabitants, or the connection between the Joseph Smith Papyri and the Book of Abraham, are equal (or near equal) to doctrine. They are not.

When a member takes a rigid, dogmatic, and black and white approach to these non-doctrinal issues, they set themselves up for some major intellectual heartburn when they discover that their assumptions don’t hold water. Feeling foolish for putting their faith in such things (which are ancillary to real Gospel teachings), they often express feelings of betrayal and anguish to the point where they lose their faith in primary Gospel teachings as well.

From my experience the vast majority of members who leave because of “intellectual” difficulties with the church are those who take a black and white, rigid approach to the following issues: (1) How they assume scriptures and prophets should behave, compared to how they actually behave; (2) What they assume early LDS history should look like, compared to how it actually looks; or (3) What they assume science should be able to tell us about ancient Book of Mormon peoples, verses what science can actually ascertain.

System-1-conditioned people are not stupid or intellectually lazy, System 1 is the natural mode of thinking upon which we all rely for many of the decisions we make or beliefs we value. Learning how to think outside of System 1’s intuitive box may be part of the process of “putting off the natural man” (Mosiah 3:19) and can help us inoculate our testimony against any damage caused by challenging issues.

In the next several issues I hope to engage some of those things that seem to attract a fundamentalist, black and white approach of thinking in the hopes of showing that we can change our worldviews about non-doctrinal issues without sacrificing our spiritual testimonies of those things that really matter.

I think I would agree with your assertion that a rigid approach to questions about * Scriptures and prophets * Early LDS history * Evidence regarding the BoM origin and narrative is most likely to result in a rejection of some or all of these things. That is to say, those who are more "flexible" or who take a more complex view are less likely to reject the Church's claims. For me, this position raises a couple questions: 1) Which approach has the church officially and unofficially endorsed at various points in its history, a more simple and rigid, or a more complex and flexible approach? 2) Is it not the case with ANY proposition that a more flexible and complex approach is more likely to result in acceptance, partial or full, of the proposition? If so, then it seems that the difference in acceptance due to approach has little to do with the actual truth-value of the proposition. I do look forward to the rest of your series.

One of the things that drove me away from Christianity when I was young was looking at the historical records and seeing all the un-Christian things done by "Christians" over the years including the Crusades, the Inquisition, the Holocaust, slavery, etc. One of the things that helped me come back to Christianity and eventually to Mormonism was the realization that when "Christians" were not following the teachings of Christ, it upset me because I really believed those teachings and truly wanted people to live by them.