Depending on Science? Don't Forget to Add Repentance | Meridian Magazine

Depending on Science? Don’t Forget to Add Repentance

Hopefully, you have also been impressed by the two “once in a century” astronomical events on February 15, 2013, the close passing of a small asteroid and the sudden arrival of the largest meteor since 1908. In my latest blog reported on the good possibility that with tremendous scientific and engineering work over a decade, scientists may be able to perfect ways to slightly change the orbit of a small asteroid away from a direct hit on earth.

With the preliminary orbit of the meteor now determined and shown in this NASA illustration, note how difficult it would be to catch and dock with a tiny asteroid going 40,000 mph in a different direction from the earth. 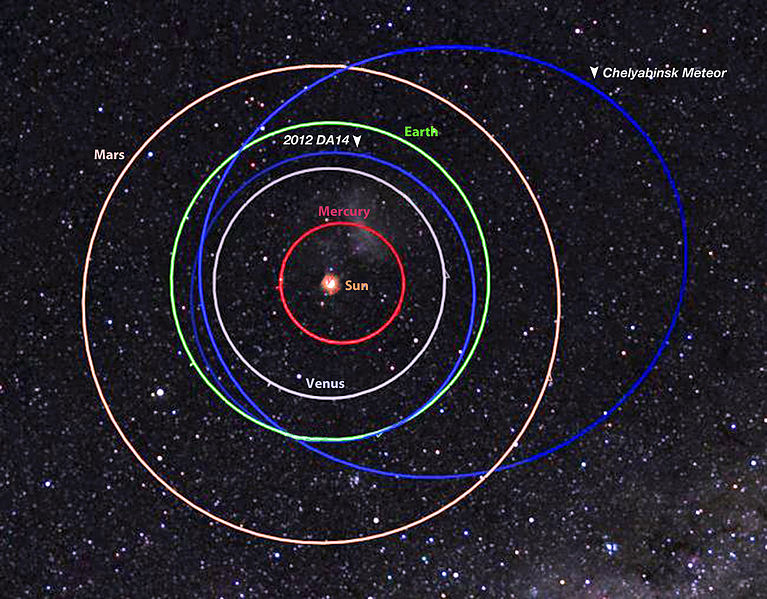 The preliminary orbit of the Russian meteor of February 15, 2013 compared with the small asteroid 2012 DA14 shows they are independent of each other. It also shows how difficult it would be to rendezvous with such a rapidly moving object. Remember how difficult a mission to Mars is to accomplish. (“How can we tell that the Russian meteor isn’t related to asteroid 2012 DA14?” Wikipedia.org, NASA illustration, February 19, 2013.)

So, science can do wonderful things, but without repentance and keeping the commandments, we surely would be shortsighted to depend on science and technology to save us from an apocalyptic event.

Hopefully, for us it will not be an either/or decision between science and religion. Indeed, I believe that the vistas of true science are unlocked as we practice the gospel of repentance and strive to keep God’s commandments.