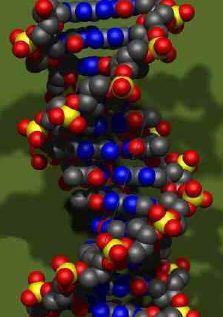 Scientists have successfully stored and retrieved data converted into the four-letter DNA codes and stored in a tiny collection of DNA strands. Data including text, pictures and a 26 second audio clip of Dr. Martin Luther King’s “I have a Dream” speech were stored on a speck of DNA fragments, then retrieved and converted back into binary format. (Gautam Naik, “Storing Digital Data in DNA: Technique may one day replace hard drives as Web leads to information deluge,” Wall Street Journal, January 24, 2013 ) 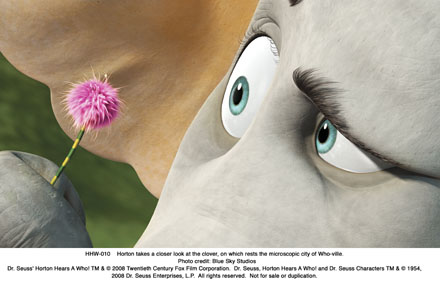 Storing data on a speck of DNA might remind us of the classic Horton Hears a Who by Dr. Seuss with its tiny “who planet” on a speck of dust

“Companies, governments and universities face an enormous challenge storing the ever-growing flood of digitized information, the videos, books, movies and songs sent over the Internet. …Among today’s data-storage devices, magnetic tapes can degrade within a decade, while hard disks are expensive and need a constant supply of electricity to hold their information, creating huge need for power for the ‘data farms’ behind cloud computing. DNA could hold vastly more information than the same surface volume of a disk drive-a cup of DNA theoretically could store about 100 million hours of high-definition video.”

DNA by itself taken outside of a living cell is not alive and is “stable, durable and dense.” Theoretically, data stored on DNA could “sit passively on a storage device for thousands of years.”

It is estimated that this cupful of DNA would contain data at the “exabyte” (1018 bytes, or a billion gigabytes) range of data size. Currently, a ten exabyte data center would be estimated to use 4,500,000-$150 each disk drives costing about $700,000,000 just for the spinning disks-not to mention the data center building, cooling towers and power plants needed to keep the drives and the computers controlling them running. With this example of amazing information density in DNA, surely we cannot doubt that we are able to somehow keep in our minds, brains and/or spirits a full recollection of our lives in every detail. With my field of expertise being information indexing, search and retrieval, the task of getting to the right information in a timely fashion when needed in such a cupful of DNA-stored data sounds like a great programming challenge. (Lucas Mearian, “CIA-Backed Cleversafe announces 10-exabyte storage system,” Computerworld.com, January 25, 2012, )

(Jordan Teicher, “The Brain of the Beast: Google Reveals the Computers Behind the Cloud,” NPR: All Tech Considered, October 17, 2012 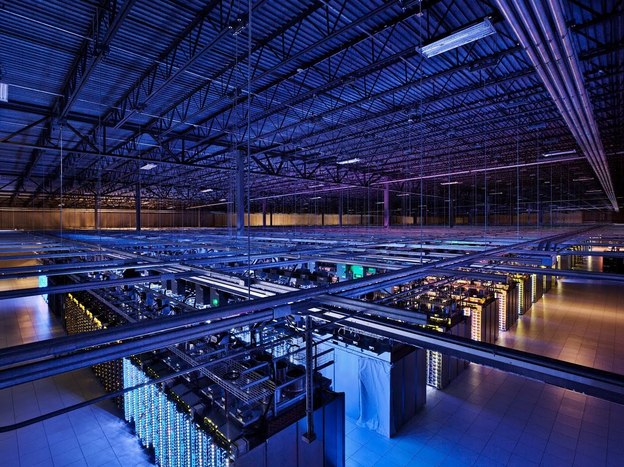 This Google data center contains servers with disk drives linked to the internet that provide some of the three billion search queries performed each day as well as other Google online services. The example of the cupful of DNA storage capacity’s equivalent in computers and disk drives would probably involve more server modules than this single data center in Council Bluffs, Iowa that contains 115,000 square feet of space.

Now, the current experiments were only run at the megabyte level of data size and many technical hurdles remain to use DNA as a practical storage method. Nevertheless, these studies emphasize the fact that DNA is a molecule that stores information. Adding a letter, deleting a letter, or modifying a letter in the sequence changes the meaning of the code, like editing a document stored in a computer file.

This illustration shows the steps involved in this experiment in data storage and retrieval using DNA. 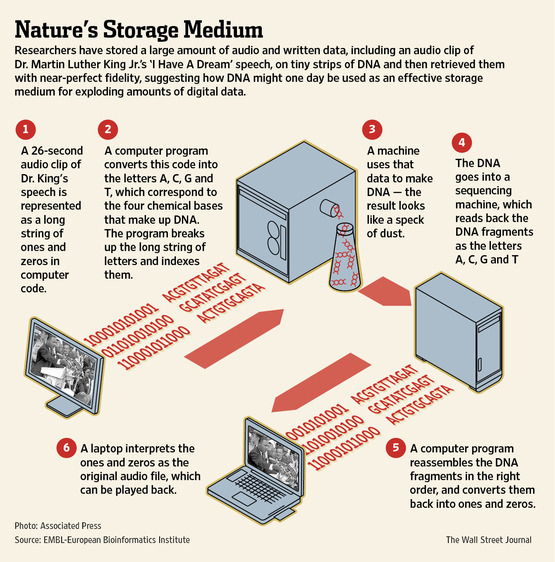 First, from the psalmist quoted by Jesus in John 10:34:

Second, the words of Lehi after he read the amazing prophetic passages from a heavenly book before leaving Jerusalem:

“Great and marvelous are thy works, O Lord God Almighty! Thy throne is high in the heavens, and thy power, and goodness, and mercy are over all the inhabitants of the earth.” (1 Nephi 1:14)