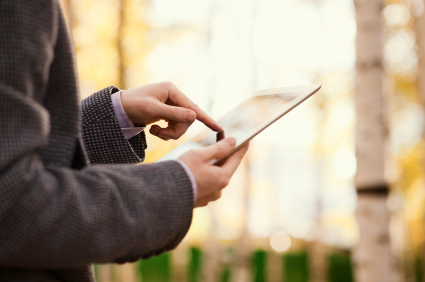 Music can be really healing for the soul, but it can also be damaging.

Many church meetings start with music because it invites a reverent and holy spirit to the meeting. This reverent music actually opens the door for spiritual experiences.

Likewise, music can also make you feel dark and confused, worried and sad. The music tracks for movies show us this. Without that scary music in the movie the emotional manipulation would not be the same. We just wouldn’t be affected so deeply by the stories. Music is really powerful.

It is stimulating, and even addicting. Have you ever had one of those brain-worm type songs that gets stuck in your head? No matter what you do you can’t stop humming or singing it; even if you don’t know all the words. Have you ever known a person who can’t go to bed without music playing? Or what about a person who can’t seem to have any silence in his day? You know, those people who are always walking around with buds in their ears.

Here is a compelling story which was sent to me of one man’s decision to break his music addiction. I think it is especially fitting since this time of year we are thinking about making resolutions and changing the things we know are not good for us.

“My husband was the first person I had ever met who could hear any song on the radio and tell you what group, names of members, what album it was from, and when it came out, and if it came out on any other albums. His library of music was like none I had ever seen before.

“Of course now, with mp3 players there was no need for all the discs, so his library had gotten smaller and smaller, but he still had a great love for all kinds of modern music, especially rock, hard rock, and country rock.

“Well, one Friday morning I was listening to a weekly conference call with Nicholeen Peck, and she was talking with a mother trying to figure out why her son might be disconnecting from the family. They discussed things like pornography, bad friends, and other more obvious things, when the mother just sort of mentioned the boy’s music. Nicholeen picked up on that right away, and said that, though we think of music as normal, and harmless, some types of music can definitely be pornographic and can separate one from the values and morals that they know are good. This ends up separating them from the people who agree that those values and morals are good such as the family of that person.

“This was a revelation to me. I knew I had changed my standards of music over time because I could feel the difference in my home with different types of music, but my husband had always maintained that he was unaffected.

“That night my husband took me out to dinner downtown (about a half hour drive) and we had a lot of time to talk. I ended up telling him about the call and what Nicholeen had said about the music. Then I realized it might seem like I was attacking his point of view, so I just finished my story and stopped talking. We had a very pleasant date, got home, and went to sleep without another mention of it.

“The next morning he came out of our bedroom with a big box in his hands and asked if he could go to the CD store. I said, ‘sure,’ but inquired about the box.  He said he had decided that he could see what Nicholeen had said about music being true. He was going to the store to sell all of his CDs that were not Christian music.

“My eyes popped and my jaw probably dropped, even though I tried to remain calm. It makes me laugh now to think what I must have looked like.

“My husband has always been one of my heroes. But I never expected a moment like that. This is a major pivotal point for the future of our family. And for our marriage. He may not realize what he has done for the future generations in our family, and I may not either. But I know it will be big. And I guess that’s what hard decisions are. Big.”

Historically, the purpose of music was to elevate the soul. When surrounded by good, uplifting music people often think deeply and feel refreshed and alive. They also generally feel closer to goodness.

I’m not sure that all modern musicians still hope to elevate the soul. After studying music, I think some musicians just want to make creative noises, or emotionally manipulate people. Some artists even want to invite darkness. Now days music seems to be more about making the body feel, than it is about lifting the spirit of the person to a higher place.

My husband is also a lover of music. In fact, he seems to be drawn to stimulations like music and videos by his very nature. When we first got married I hardly saw him when he didn’t have music on or the TV on. But, now he is so different. He is free from so much of that distracting lifestyle.

Now, don’t get me wrong. Our family is musical. Really musical!!! We all sing barbershop, play instruments and star in musicals. We have a lot of music going without ever turning on the radio. But, we are free from the addiction we once had.

I remember after the birth of my first child, I could tell what time of day or night it was by what was on the TV. Between my husband’s media addictions and my media addictions we were really disconnected from each other. It was as if there was an imaginary wall in our home. Luckily, it is no longer there.

Taking the Wall Down

When we chose to do foster care, in 1998 for troubled teens, we had no idea it would stop our addictions. In fact, we didn’t even know we had addictions.

Our foster children had to earn the privilege to watch TV or listen to music and often times they didn’t earn it at first. So, since they couldn’t watch TV, we couldn’t really either. Our house was not big enough to keep people away from the TV, so we just kept it off.

Before we knew it Spencer and I were having conversations about how connected our family felt without the TV on all the time and the music always going. We started really analyzing what our life used to feel like and look like and what freedom we now had to read, think, talk to each other, and strengthen relationships.

There was no going back now.

We still have a family movie night once a week and occasionally other times, but other than that we are free from TV distractions.

I mentor lots of families in order to help them strengthen their family relationships. On common thread that I notice as I talk to families is that they don’t see the effect their electronic devices have on their family culture. These devices end up causing families lots of emotional pain.

One woman I mentor once said, “Nicholeen, I am so happy now because I am not looking at my iPad every few seconds. I realized I was addicted to it so I asked my husband to hide it from me when he went to work. Now I only look at it for a few minutes when he is home.”

Wow! This short statement impressed me. This woman was practicing self-government. She was setting limits and living by boundaries to keep herself safe from one of the greatest plagues of all time, distraction. How many people are with their families, but don’t see them or connect with them? It happens all the time in many homes.

If you have a family member in your home who seems to be disconnected from you or somewhere else mentally and emotionally, then take a good look at how important their media time is to them. They could be giving you signs of emotional abuse, which leads to disconnected feelings. Whether they distract themselves from life with music, TV, computer, phones, or other electronic devices, each of these devices has the ability to emotionally manipulate and control us thereby destroying our relationships. Disconnecting from media and electronic distractions could be the answer to your relationship problems.

If you want to see just how a family did this for the teenagers in their home, this is a great movie to get! The Aponte family, who have 12 children, had to solve addiction problems as part of their journey toward creating a happy self-governing home environment too.

I applaud all those people who daily choose to put “first things first” as Covey put it. It is hard work to walk away from stimulation and distraction, and walk toward purpose and duty. But people are doing it.

This father and husband recognized his addiction to music and stopped it. He just got rid of the problem.

This mother and wife recognized her addiction and stopped it too. She also had to get rid of her I pad for periods of time.

These people inspire me. These are the people who spread greatness each day of their lives. They are examples to us all. When we choose to conquer ourselves, we are endowed with power to influence the world around us for the better.

See all of Nicholeen Peck’s books and products here.

The way the author and others feel so powerless over their moods by some music makes me think there's something else going on in the head. Selling all your non-Christian music is a pretty extreme step to have to take. I don't deny the influential power of music, but to only find good in "Christian" music or to think listening to non-Christian music implies any sort of relevant correlation to porn is just silly. I know you'd likely counter with some type of, "I'm not saying it's what everyone needs to do..." but by you mentioned it because you felt like it supported your main points and was relevant to your article. What a silly article. I'm so glad my parents are not like this.