First Freedom: The Fight for Religious Liberty is a documentary by Lee Groberg which will be shown on PBS stations on Tuesday evening, Dec. 18. Check your local listings for the time.

In America, we take religious freedom for granted, as if it is a given with our birth certificate. That is why so few of us are aware that religious freedom is under assault and being eroded today while our eyes are turned somewhere else.

Ask most anyone if they understand that America’s religious freedom is in any jeopardy, and the response is a blank look and a “what?” Most of us are not aware of the forces that would undo one of America’s great achievements and sources of strength-religious freedom. 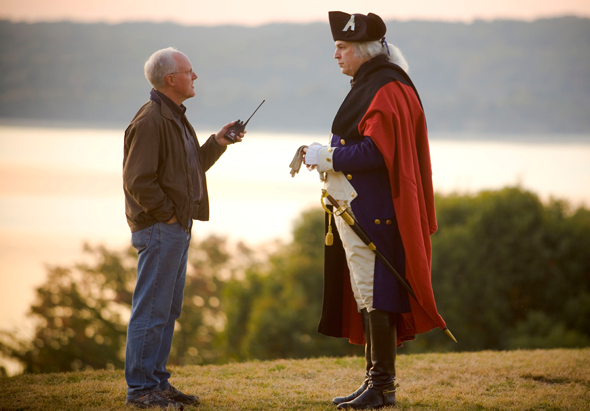 That’s why we recommend a new documentary by Lee Groberg called First Freedom: The Fight for Religious Liberty that will be on PBS Tuesday, Dec. 18th. Groberg, an award-winning documentary film maker from Utah, is known for excellence with his many other works including Fires of Faith, the Coming Forth of the King James Bible, Joseph Smith American Prophet, Sacred Stone, and America’s Choir.

While this documentary does not explore the stresses upon religious freedom today, it takes us back to the colonial era to understand the context, discussions and counter-currents that forged religious freedom, and the personalities that stood tall in the fight. 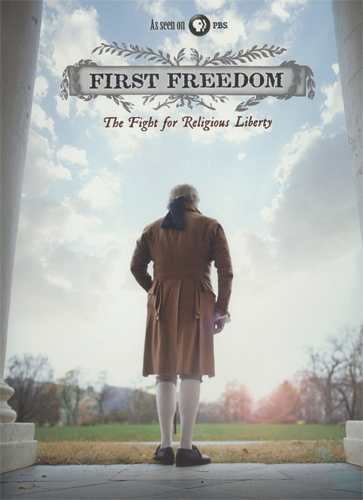 Click to buyPeriod re-enactments and interviews with leading scholars in this arena, including Latter-day Saints Matthew Holland and Richard Bushman, tell the dramatic story. Groberg said that he wants viewers to feel like a fly on the wall at the key scenes in religious freedom’s history. Viewers see John Winthrop making his famous City on a Hill’ speech on board ship on the way to the New World, Thomas Jefferson penning the Declaration of Independence, and the Founders debating the Constitution in a tedious four-month process, and much more.

What becomes clear is that religious freedom was not a given in this nation, nor is it ever won once and for all. Because it touches on values so close to the understanding of what it means to be human, the meaning and shape of religious freedom will always be debated and cannot be taken for granted.

Religious Freedom Not A Given

Colonists from the Massachusetts Bay Company had fled from the religious oppression that was the inheritance of Europe with the dream that they would create that City on a Hill’. Yet those who had been oppressed for their religion were also happy to pass it on, treating those of other faiths with equal oppression as those who polluted the Christian society.

The Massachusetts Bay authorities said, “the power of civil administration is denied unto unbelievers” and those like Roger Williams or Anne Hutchinson whose ideas were considered threatening were called up with the full power of the state and convicted of heresy and sedition. Religious freedom hit a rocky shore there in early Massachusetts.

The flaw in the Puritan experiment was the inability to allow serious dissent. The model Christian community was…well, anything but Christian. A straight line forward from the Massachusetts Bay Colony would not have given us religious freedom.

In Virginia, Baptist ministers were jailed for preaching. In the northern colonies, Roman Catholics had to practice in secret, and you could not enter New York as a Catholic. Opposition to Catholicism had been a part of England itself and America inherited it from their English parents.

Despite the occasional suppression, by the middle of the eighteenth century, religious life in the colonies was diverse and presented the Founders with a quandary “all but unique in the modern world. How to forge unity out of diversity.” They could not, of course, fight the super power of that age for their freedom if they were to fragment according to their prejudices and beliefs.

Forming a nation from 13 disparate colonies that also accounted for the diversity in religion forced a great opportunity. As William Livingston, who became the first governor of New Jersey said, “Every man who wishes to be free will by all lawful ways in his power oppose the establishment of any one denomination in America.”

Unlike the European nations, this nation could not exist without the allegiance of people who were already here and represented so many different expressions of conscience. It all had to be accounted for somehow in the system that was created. On the eve of Revolution no single Christian denomination was a majority in the country.

In the fall of 1774, when the First Continental Congress gathered in Philadelphia to discuss what matters it ought to take to resist British aggression, one of the delegates from Massachusetts proposed that they open with prayer. “But what kind of prayer? The colonists themselves were divided: Congregationalists typically distrusted Anglicans and Quakers and vice versa.”

John Adams said the motion to open with prayer “was opposed because we were so divided in the religious sentiments.” The fiercely devout Samuel Adams broke the deadlock by saying he was “no bigot” and “could hear a prayer from any gentleman of piety and virtue, who was at the same time a friend to his country.” 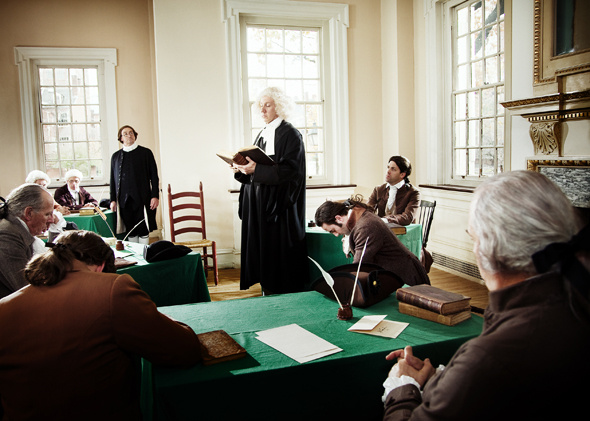 The Declaration of Independence

When they signed the Declaration of Independence, the Founders were backing a secular document based on an implicit faith. God was mentioned four times in the most foundational way. Englishmen had come from a place that believed that kings had a divine right to rule. The Founders, instead, proclaimed with their signatures that God had bestowed freedom and natural rights on human beings. Their rights did not come from kings or governments. 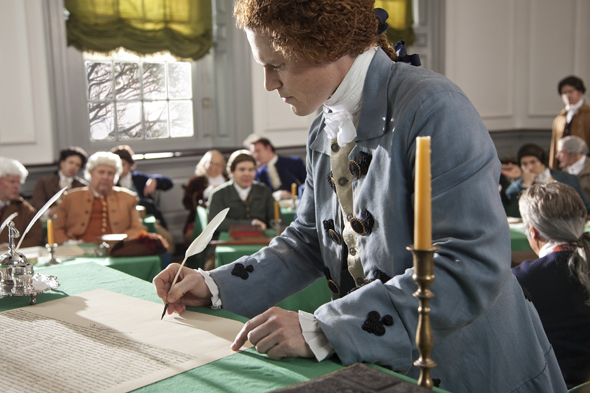 What is noteworthy is that this document did not elevate any particular religion. It did not mention Jesus Christ or the Trinity. It was designed so that no single group could bully or dominate others. Robert George of Princeton said, “No one has ever come up with better principles than that we are endowed by our Creator with certain inalienable rights.”

While not elevating any particular sect, however, the Founders were religious. George Washington had the most practical, immediate task of forging unity out of diversity with his often ragtag Continental army. To raise the morale of the poorly fed, terribly clothed soldiers who were up against the formidable Red Coats, he called chaplains.

While direct reference to God did not come easily, Washington often spoke of the Divine Providence which he saw demonstrated again and again in their battles. He wrote William Gordon in 1776, “No Man has a more perfect Reliance on the alwise, and powerful dispensations of the Supreme Being than I have nor thinks his aid more necessary.” 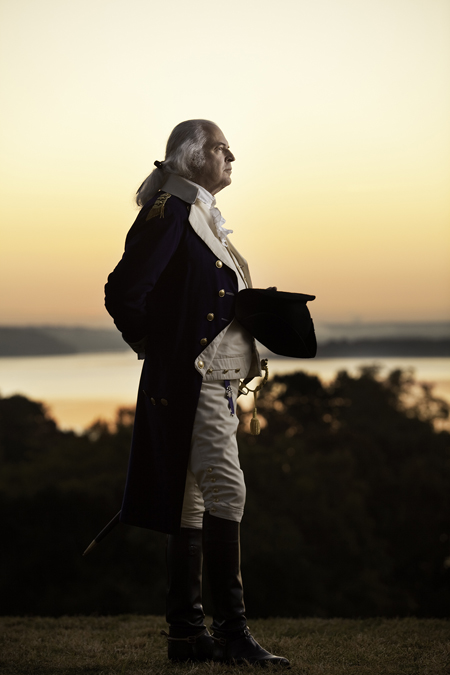 The body that wrote the Constitution had a formidable task before them-to put together a government based on reflection and choice.

The government that they created was dependent on a virtuous people, and many of them saw religion as facilitating that end.

Did they have the courage to break from the centuries of precedent where religion had been intertwined with government and trust the future of the United States to “the radical idea that a common morality could crystallize despite, and possibly because of, a lack of consensus on religious doctrine?” No nation before now had ever been created without a state-sanctioned religion.

They made a fearless choice which instigated a sea change in human history. Those with the opportunity to forward their own religion, those concerned that the citizens adopt religion for its ability to produce virtue, decided to do something radical. They trusted the people with freedom and believed that as it was granted, both religion and the nation would flourish.

The Founders found their way to an agreement and it was one of their finest moments.

First Freedom: The Fight for Religious Freedom takes us to those moments and the personalities that emerged to give us freedom and plurality. We see why Patrick Henry wanted the government to assess money to support churches. We see James Madison’s reluctance to have a Bill of Rights and why. We see some of our nation’s best moments. 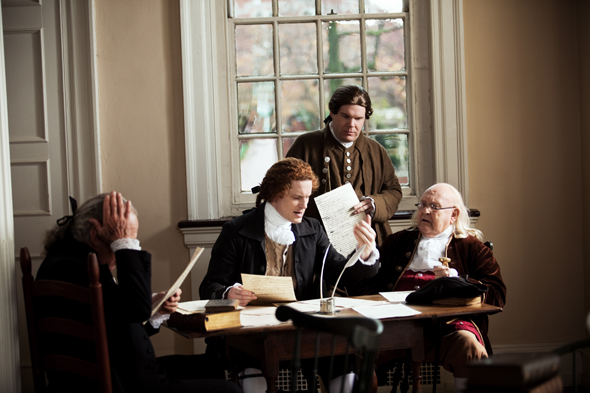 These are beautiful tools to help teach your family about what religious freedom is, how central it has been to our nation, and why we must step up to preserve it.