Summum Bonum - With All Your Heart | Meridian Magazine

Summum Bonum – With All Your Heart 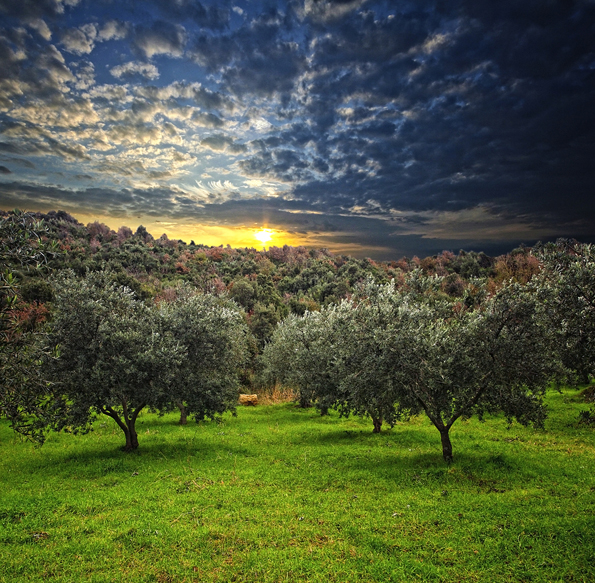 The apostle Paul wrote, “whatsoever ye do, do it heartily” (Colossians 3:23). One of my favorite words in Spanish is nimo, which is related to the English word “animated,” meaning full of life, liveliness, and enthusiasm (animation of cartoon characters means bringing them to life). Doing something “with all your heart,” then, is being committed, consecrated, and dedicated-heartily involved.

The Prophet Joseph Smith introduced into latter-day revelation a Latin phrase, summum bonum, signifying “the highest good” (Doctrine and Covenants 128:11). We have in scriptural history a host of examples of people who served with all their heart, dedicating themselves to “the highest good” in serving Heavenly Father and His children.

Enoch was an army general and a prophet (as was Mormon). In Genesis chapter 5 we have six verses about Enoch; in Moses chapters 6 and 7 we have one hundred and sixteen verses about Enoch, giving us a much expanded view of the life and ministry of one of the greatest prophets of all time. He didn’t start out great, however. At first he balked at his calling: “I am but a lad, and all the people hate me; for I am slow of speech” (Moses 6:31). Notwithstanding his acknowledged weakness, he accepted his divine calling and was transfigured and saw the Lord. He had a panoramic vision of all of history, including the first and second comings of the Messiah.

Recalling his admitted weakness, we are astounded to learn that “so powerful was the word of Enoch, and so great was the power of the language which God had given him” that he spoke and the earth trembled, mountains fled, rivers were turned out of their course, and all nations feared greatly (Moses 7:13). Enoch was totally dedicated to the Lord’s work, the greatest cause on earth. In fact, his Hebrew name, Hanokh, means “dedicated.” Enoch was able to establish Zion, a City of Holiness, and its inhabitants became so righteous that they didn’t need to remain in this telestial world. They were translated-taken up into heaven-and have taken a 5,000-year leave of absence from the earth, though Enoch saw far into the distant future when his city, as the New Jerusalem, would return to the millennial/terrestrial Earth.1 Enoch accomplished with his people summum bonum-the highest good.

Melchizedek was a prince, king, high priest, prophet, and head of a dispensation. He was a prince of peace, in a city called “Peace” (Shalem, or Salem). In the scriptures he is referred to as Melchizedek, a name-title that means “king of righteousness,” which-like his title “prince of peace”-is a name-type of the Savior; the Lord Jesus Christ would later be the Prince of Peace and the King of Righteousness. Melchizedek, as the presiding authority in God’s kingdom at the time, conferred the holy priesthood on Abraham (who later became head of that dispensation). Alma described how the people of Salem were living in “iniquity and abomination,” and Melchizedek, their political and religious leader, was able to turn them around-to become so righteous that they didn’t need to remain on this earth either (Alma 13:17-18). They progressed from abomination to translation, joining Zion, Enoch’s City of Holiness (Joseph Smith Translation Genesis 14:34). Melchizedek accomplished with his people summum bonum-the highest good.

Daniel was a prophet and chief prince and president of the whole Persian Empire, having served as a faithful administrator in the court of Babylon before Cyrus the Persian conquered the Babylonians (compare Joseph, who similarly served the Pharaoh in Egypt’s court). Some jealous fellow-administrators devised a plan to ensnare the impeccable Daniel, persuading the king to issue a regal order to make no petition to any god or man-except the king-for thirty days. Daniel defied the treacherous decree by praying to the true God, and he had to be thrown into a den of lions. At that point he was already in his eighties, and he refused to compromise his principles that he had carefully observed during his long life; he continued his daily diligence and was rescued and preserved by the true God of Heaven. The prophet was an example to his people, the Jews, and to all people and kings. Daniel also accomplished with his people summum bonum-the highest good.

Paul was a great apostle, prophet, missionary, writer, and a Church founder and administrator. He served for thirty-five years as a dedicated missionary (compare the two years or one-and-a-half years modern missionaries serve). Paul was wholly consecrated to the Lord’s work of serving and saving souls; “this one thing I do,” he wrote (Philippians 3:13). He journeyed over 17,000 miles, with numerous perils and deprivations, to bring the message of salvation to all nations and peoples of his Greco-Roman world. So many thousands of converts-imagine his reception in the spirit world when all those grateful souls greeted him there. Paul was another amazing example of accomplishing with his people summum bonum-the highest good.

In addition to these ancient examples, there are numerous examples in our day of people who have labored tirelessly to serve others, despite their own hardships, struggles, ordeals, and even painful afflictions. There are many who have overcome serious, even life-threatening adversities, and proven themselves valiant. Elder Marvin J. Ashton explained: “Greatness is best measured by how well an individual responds to the happenings in life that appear to be totally unfair, unreasonable, and undeserved.”2 Those who have come to understand the purpose of pain in this mortal probation do not allow life’s setbacks to weaken their character. Lessons patiently learned from trials make them stronger.

Two of the greatest persons ever to live on this earth were Jesus Christ and Joseph Smith. Let’s pause for a moment to learn something from their mothers-Mary and Lucy. Can you imagine, after watching Jesus perform all those miraculous healings and listening to Him give all those heavenly and life-changing teachings, then to see Mary standing at the foot of the cross where her divine Son was suffering excruciating agony?

And can you imagine, after losing her oldest son, Alvin, in the 1820s, then her husband in 1840, and another son, Don Carlos, the same year, then to see Lucy lose two great sons, Joseph and Hyrum, brutally murdered, then a younger son, Samuel, die within sixteen days after his martyred brothers?

Those two women were great souls, but great ones sometimes learn their most poignant lessons, and offer up their most difficult sacrifices, through the things that they suffer-as was the case with their two sons.

Joseph Smith said to a small group of priesthood holders in Kirtland, “Brethren, I have been very much edified and instructed in your testimonies here tonight, but I want to say to you before the Lord, that you know no more concerning the destinies of this Church and kingdom than a babe upon its mother’s lap. You don’t comprehend it. . . . It is only a little handful of Priesthood you see here tonight, but this Church will fill North and South America-it will fill the world.”3

The Prophet also declared, “I calculate to be one of the instruments of setting up the kingdom of Daniel by the word of the Lord, and I intend to lay a foundation that will revolutionize the whole world.

“4 And that wasn’t reckless bravado; it was the truth. The name of Joseph Smith, as prophesied, would be known to the ends of the earth (D&C 122:1); his glorious heaven-inspired works-giving the world greater light and knowledge through revelation, leadership, and example-would be known from Fairbanks, Alaska, to Punta Arenas, Chile, and thousands of points in between, and to the far-flung nations of the earth. Joseph Smith epitomized the Latin expression he adapted to scripture: his life and mission was indeed summum bonum-the highest good.


Jesus Christ was and is, of course, the summum bonum-the Highest Good. He is the Light that we should hold up (3 Nephi 18:24). And, as Felix Mendelssohn wrote in his great oratorio, “Elijah”: “if with all your hearts ye truly seek me, ye shall ever surely find me.”5 For He made it clear: “I, the Lord require the hearts of the children of men” (D&C 64:22), and how does He want our hearts to be? He says, “come unto me with a broken heart” (3 Nephi 12:19)-that is, with a soft, compliant, and humble heart.

Now, with all these outstanding examples of doing good, are you wishing you could do something big? Hold some major position in order to build the Kingdom? I’m concerned that many good people may be thinking, “well, I’m not really helping build the Kingdom, I’m just working my head off to try to sustain my family.” The fact is, by raising your family, you are building the Kingdom! Your assignment is to change lives, especially those closest to you. And positions don’t matter. You can do a tremendous amount of good, and help change lives, in your own home, and outside the home, simply by being a faithful home teacher or visiting teacher. You can touch lives quickly and deeply.

The power is in you to do good no matter what your circumstances. Brother Clayton Christensen is a well-known Latter-day Saint in the eastern United States (a former Rhodes scholar at Oxford University, and currently an award-winning professor at the Harvard Business School, and New York Times best-selling author). He taught a class, and wrote an article, that went “viral.” His message was simple and powerful: Success is best measured not by how much money you earn, nor by what position you attain, but by how much good you do.

And you can do much good in your home-and in the Lord’s home on earth, the Holy Temple. There is so much good that is done in the Temples for others, every day!

But remember, there is no end to the amount of good you can do if it doesn’t matter who gets the credit. Whenever something goes right, give Heaven the credit, and give other people the credit.

And for all those who have suffered serious losses, Joseph Smith promised that “all your losses will be made up to you in the resurrection, provided you continue faithful.”6 No blessing will be denied you, if you are faithful. Go to the Temple; listen to the promises.

Latter-day Saints are millions of lights now. We are very conspicuous. We are far more than a city set on a hill. And the lights are growing brighter and brighter until the perfect day. So stay away from the dark side; stay with the Light. Note the warning words of Elder Robert D. Hales: “Unless you are fully engaged in living the gospel-living it with all of your [heart]-you cannot generate enough spiritual light to push back the darkness” (Ensign, May 2002, 70-71).

And remember, too, that you can come unto Christ with all your heart because of who you are:

Heavenly Father is the most powerful Being in the universe.

He is the most righteous Being in the universe.

He is the most intelligent Being in the universe.

He is the most loving Being in the universe.

He is the most forgiving Being in the universe.

He is the most long-suffering Being in the universe.

He is the wealthiest Being in the universe.

He is the kindest Being in the universe.

He is the holiest Being in the universe.

He is the greatest Being in the universe!

And you are His son, or his daughter. You are, by Parentage, good; so you can do so much good.