Nine Books to Love This Christmas

Each year beginning in October a flood of new Christmas books hit my desk. Some are mere booklets, some are full length novels, and some are picture books. Some are meant to appeal to children and some to adults. Some like President Thomas S. Monson’s new book, The Christmas Train, are timeless and appeal to young and old. This list is by no means, an inclusive list of all new Christmas books, but represents a wide variety of holiday reading pleasure. 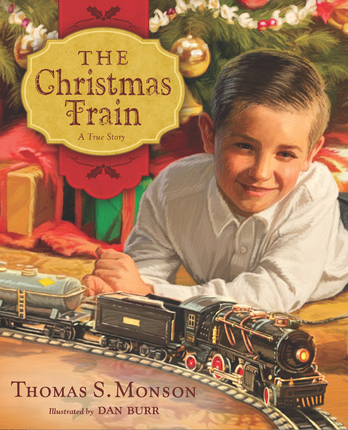 My eight-year-old grandson and I read President Monson’s story together and he was delighted to discover the train in the illustrations looks just like his grandpa’s train which he loves. President Monson tells of his own boyhood Christmas when he longed for an electric train. His longing was satisfied on Christmas morning and he spent hours playing with his new toy. Then his mother brought out a simpler windup train she had purchased for a neighboring child. Tommy looked at it and discovered it had a car his train didn’t have and he wanted it. To say more would spoil the story. The story is a delightful lesson on giving and the illustrations by Dan Burr make this book a joy to share with a child and a trip down memory lane for adults. A few words may need to be explained to younger children. My grandson asked to read it again the next time he came over. A neighbor child loved it so much her parents gave her the e-version which is read by President Monson himself. 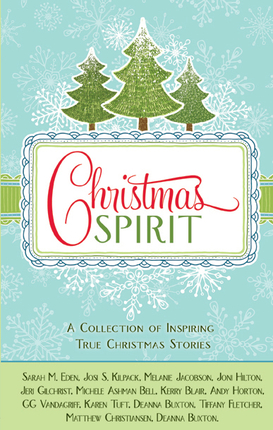 Christmas Spirit, a Collection of Inspiring True Christmas Stories, is a collection of memorable Christmas experiences told by a dozen favorite LDS authors. They’re well written, touching, and a great reminder of the deeper meaning of Christmas. Some are light and funny, some will bring a tear, but all portray a time when the author discovered a personal truth about the holiday. I highly recommend these stories for sharing during December Family Home Evenings. 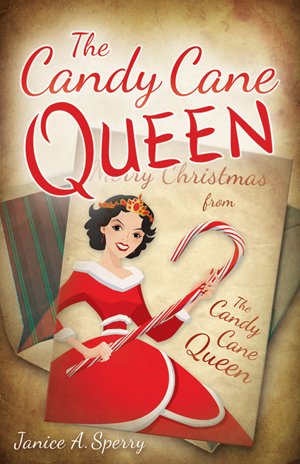 Janice Sperry delights readers with The Candy Cane Queen, a tale of anonymous giving that fits in a large Christmas card envelope and is perfect for sharing with Visiting Teaching sisters, neighbors, or anyone you wish to send a special Christmas card. Susan has never married and is beyond middle age. She’s been hurt in the past by those she thought were friends and she ignored Christmas for years, then a change was brought about by a neighbor and her small accident-prone son. For five years she has been surprising total strangers with Christmas cards bearing gift cards and a candy cane. A television reporter is determined to discover her identity, and the Candy Cane Queen decides it’s time to retire? Or is it? A different and delightful story. 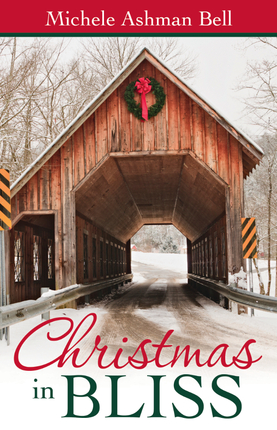 Just a hint of romance creeps into a Christmas booklet by Michele Ashman Bell called Christmas in Bliss. Nikki Michaels is on her way from Tillamook, Oregon, to Salt Lake City on Christmas Eve to spend the holiday with her family. Somewhere between Boise and Twin Falls, Idaho, she becomes caught in a heavy blizzard. Visibility is almost non-existent, leaving her unsure where the road is. To make matters worse, a large semi truck passes her, almost forcing her off the road and burying her little car in a flood of slush. By some miracle she spots an exit sign and pulls off the road where she discovers several other cars and trucks, nearly buried by the snow parked haphazardly beside a highway rest stop. She joins a small group of stranded motorists for an unusual Christmas Eve. 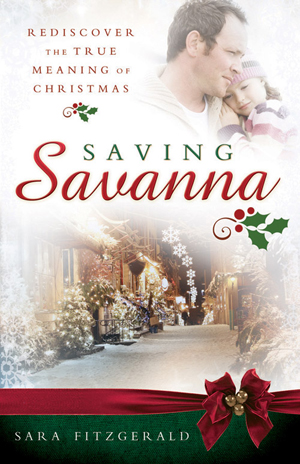 A third booklet that fits in an envelope is Saving Savanna by Sara Fitzgerald. This is a touching story of a young widower who has lost his faith in God due to his wife’s senseless and brutal death. Christmas is coming and he doesn’t want to deprive his five-year-old daughter of Christmas because of his own unbelief and though he tries to focus on the Santa side of Christmas, she leads him to discovering a deeper side of the season. 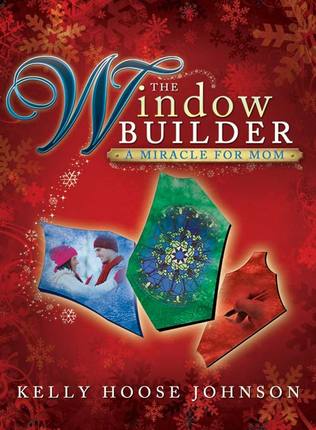 Many Christmas stories contain a hint of magic. Such is the case with The Window Builder by Kelly Hoose Johnson. Sixteen-year-old Jason and his twin brother conspire to make Christmas extra special for their widowed mother. Jason senses that his mother’s sadness over the death of his father goes beyond the usual sadness at the death of a loved one. He decides to replace the broken window in his mother’s bedroom with a stained glass window patterned after a Christmas ornament that held some special romantic secret between his parents. With the help of a friend he meets a master glass designer and gets more than he bargained for and in the process learns to appreciate family and the blessings of giving on a whole new level.

The Story of Everdream, Book 1-The Christmas Witch is a fantasy written for children by Robert L. Welsh with illustrations by Kalpart. A child named Holly encounters a fairy in the woods near her home and travels with him to Everdream, a place inhabited by fairies and elves with a secret connection to Santa’s workshop at the North Pole. She learns that Santa has a jealous sister who has locked the secret door between Everdream and the North Pole. She devises a plan to help her new friends open the door. It’s a story that stresses team work and family relationships. My eight-year-old grandson and a neighbor’s five-year-old daughter found it too wordy and were unimpressed by the simple art work. It will probably appeal more to slightly older children who enjoy reading fairy tales on their own. 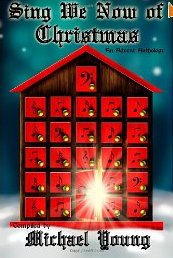 Sing We Now of Christmas compiled by Michael Young is an Advent anthology of twenty-five Christmas stories, one-a-day to count down to Christmas from the first day of December to the big day. The stories are written by twenty different authors ranging from first timers to well-known writers. These aren’t stories for small children, but will appeal to teens and adults. The quality of the stories covers a wide range from excellent to decidedly amateurish and the subject matter and settings vary widely too. One of the nicest things about this book is that all of the proceeds from sales will be donated to the National Down Syndrome Society. 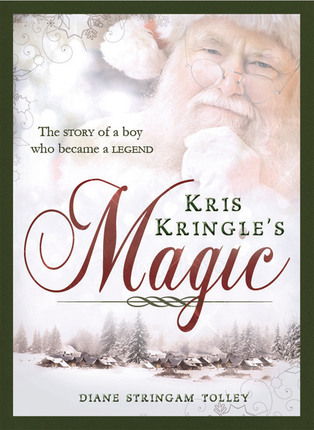 Kris Kringle’s Magic by Diane Stringam Tolley is more about discrimination than Christmas, but is an interesting answer to the old question of, how did the Santa tradition begin? The story is told from Mrs. Kringle’s point of view beginning with the first time she met Kris when they were children and his long struggle to keep humans from treating elves like slaves. This isn’t a story for small children, but can easily be read by older grade school age children.

This little book is a hardback and a comfortable size for younger hands or to tuck in a purse or briefcase.