What Do Mormons Believe: The Prodigal Son | Meridian Magazine

What Do Mormons Believe: The Prodigal Son

No matter how far we stray, no matter how unworthy we feel, our Heavenly Father will welcome us with open arms when we repent. 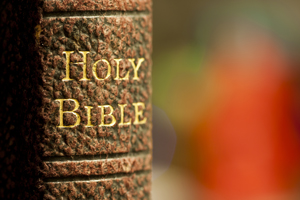 The prodigal son is a parable taught by Jesus Christ and is found in the book of Luke in the New Testament, chapter 15 from verses 11 to 32. Christ shared this lesson with His listeners in the hopes that they would understand the deeper message He wanted to convey-that all who repent will be welcomed into Heavenly Father’s kingdom.

The story begins with the description of a wealthy man who had two sons. He planned to divide his estate between his sons on his death, but the younger didn’t want to wait. He said, “Father, give me the portion of goods that falleth to me” (Luke 15:12). The father did what he was asked and gave his son his share of the inheritance.

The boy decided he wanted to leave his father’s home and see what else the world had to offer. He gathered up his things and “took his journey into a far country, and there wasted his substance with riotous living” (Luke 15:13). In other words, he spent everything he had, mostly likely on wine and women.

After his money was gone, a famine came upon the land, and he was left penniless. He was able to get a job feeding the swine belonging to a farmer, and he was so hungry that even the corn husks he fed the swine looked good to him.

The scripture says, “When he came to himself, he said, How many hired servants of my father’s have bread enough and to spare, and I perish with hunger!” (Luke 15:17) He recognized that even the lowest in his father’s house had everything they needed to survive, and so he decided to return home and ask for a job.

When he arrived at his father’s estate, he was prepared to bow himself in humility, admit that he didn’t deserve to be considered a son, and to ask for a room in the stable. But to his surprise, his father ran out to meet him, threw his arms around him, and kissed him. The boy apologized as he had planned, but his father was not angry. Instead, he asked the servants to bring out fresh robes, a ring for the boy’s hand, and shoes for his feet. He also commanded that a fatted calf be killed for a feast to celebrate the boy’s return.

We can take a great many things from the parable of the prodigal son. There are several layers to the story, and as I have read it over again throughout the years, I seem to find different meanings that are applicable to the various stages of my life.

The first message we are to take is the one mentioned at the beginning-when we come to the Lord with repentant hearts, He will not turn us away. He will rejoice and welcome us back from our wandering ways. In fact, isn’t that the purpose of the Atonement, so that when we fall away and become like the prodigal son, we can return just like he did?

The second thing that leaps out at me is the phrase, “when he came to himself.” Often, when we are caught up in sinful behavior, we refuse to recognize what we are doing. The prodigal son must have had a moment where he realized the extent of his sins, and felt ashamed of what he had made of his life. We must all come to ourselves, realize we want better, and be prepared to make amends for the feelings we’ve hurt and the mistakes we’ve made. We cannot truly repent until we fully understand what we have done.

More to the Story

The older son was upset when he saw the joyous way in which his father greeted his younger brother. He had stayed by his father’s side, working in the fields and building up the estate. He had never betrayed his father in any way. And yet, a party was being held to welcome home the boy who had wasted his entire inheritance. The older son went to his father and said,

Lo, these many years do I serve thee, neither transgressed I at any time they commandment: and yet thou never gavest me a kid, that I might make merry with my friends:

But as soon as this thy son was come, which hath devoured thy living with harlots, thou has killed for him the fatted calf. (Luke 15:29-30)

The prodigal son was welcomed with open arms, but his return did not take anything away from the son who had been there the whole time. Our Heavenly Father will rejoice mightily when one of His children decides to repent, but those who have kept the commandments their whole lives are every bit as loved and appreciated, and they will be blessed for their continued faithfulness.

We Can Always Repent

Many fear that they have rebelled too much, that they are too far gone to merit the Lord’s forgiveness. In the story of the prodigal son, the father didn’t ask for a list of all the boy’s sins before he forgave him-he saw the sorrow and repentance in his son’s eyes, and that was all he needed. We know that the boy had committed some grievous moral sins, and yet his father welcomed him home.

Our Heavenly Father has provided us with a savior, Jesus Christ, and has given us a way to leave our pasts behind us. No matter how far we have fallen, no matter how awful our sins, we can come unto Christ, partake of the Atonement, and become new. All we need to give Him in return is our honest desire to change, and to follow up that desire with action.

Every one of us is like the prodigal son. We go through struggles and trials, and we sometimes find it hard to do everything we should. God understands this, though, and keeps His door open for us to come to Him, at any time of the day and night. He will see us coming from afar and run to meet us. He will throw His arms around us and kiss us. He is our Father, just as the father in the parable, and He will celebrate our return.

About “The Missionary Corner”

Did you know that media leads have become one the largest sources of missionary contacts? Do you want to become an Internet missionary? Gospel Ideals International and Meridian Magazine have teamed up to publish “The Missionary Corner” each week.

We have a team of volunteer LDS writers who lend their talents to write articles on gospel subjects. When Internet searchers read one of our articles and choose to learn more, we point them to Mormon.org. Every week, “The Missionary Corner” features a missionary article from an LDS writer and lists other articles that we have recently published. For example, this week we published these articles:

Collectively, these articles will form a huge library of gospel subjects to introduce people to the Church. Please visit our site:www.gospelideals.org. Take a look at “Mormon Beliefs and FAQ” and the ARTICLES sections. Here are some ways you can be an Internet missionary:

Tristi Pinkston is a published author, freelance editor, and managing editor for Gospel Ideals. You can learn more about her at www.tristipinkston.com