The Myth of Man's Search for Happiness | Meridian Magazine

The Myth of Man’s Search for Happiness 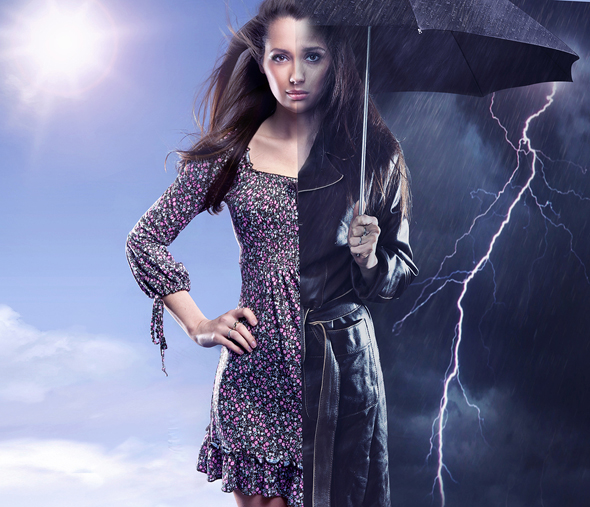 “Everyone wants to be happy.” Right?

I used to believe this, as surely as I knew that everyone wanted peace, freedom, and safety. But I’ve changed my mind. I am now convinced there are significant numbers of people who do not want to be happy at all. They want to wallow in their misery, borrow trouble, and garner all the sympathy they can. They relish their problems, and when problems do not exist, they will manufacture them. Tiny upsets will be blown into huge proportion, little moments that require some flexibility will become Greek tragedies, and these Drama Queens-and Kings-will complain to anyone who will listen. Self pity is their driving force. Not only are they not searching for happiness, they will turn it on its head if they stumble upon it.

My last article for Meridian Magazine was about how relentlessly we try to follow Christ’s urging to “Feed My Sheep.” Parents pray fervently for wayward children to come home and keep their names and addresses on the records, hoping diligent Home and Visiting Teachers will find them and love them back into the fold. We’ve all heard testimonies born by members who are eternally grateful for the Visiting Teacher who would not give up, and who spent 14 years loving them until their hearts softened. So we know it works, and it’s the Lord’s plan to recover all his children.

But, as I knew would happen, I heard from angry “emancipated” members. (Hey, at least they’re reading Meridian-yay!) And, despite knowing they can easily take their names off the records, they choose instead to write about what stalkers and control freaks we are, and how we should just leave people alone already. As expected, there was no acknowledgment of the time and sacrifice from our families and homes we make to minister to them. Some of the letters took whining and complaining to a whole new level, and required waaay more energy than would simply requesting their name removal.

And it made me think about the kinds of people who delight in conflict and tension, who seek it and create it, who live to moan about the heat for hours on end, when they could just get out of the kitchen instead. They are caught up in poisonous thinking and bitter accusations, probably at the expense of moving forward with joy in serving others and looking for the good in life. Negative thinking has ensnared them, and quiet solution of their problems will not even be considered.

Ironically-and we’ve all seen this-these are the very same people who would gripe that “not one person from the church ever called or came by” if we really did ignore them. You can’t win for losing with determined whiners. It’s like the person who claims she’ll be happy when she gets married (but then isn’t), and then when she has kids (but then still isn’t), and then when the kids grow up and leave (but then still isn’t). It’s because her mindset is to be miserable, and she herself keeps moving that Home Plate of Happiness.

Complainers complain. A cousin of mine recently shared with me how, for years, she kept wondering what made people lie. And finally a wise man said, “It’s because that’s what liars do. They lie. Liars lie.” And she stopped trying to figure it out and realized that certain people will simply do this, and it’s a waste of time to try to unravel every person’s psyche.

Similarly, grumblers will nit-pick and criticize at every opportunity. I know a woman whose life is honestly charmed. I’ve known her for decades (which means I’m old! Ha!) and she has every reason to get up each day and marvel at how blessed she is. Great upbringing, great kids, great husband, great health, great income, great everything. And, when pressed on details she even admits this. But her chosen personality is to “catastrophize,” as I call it. She blows tiny problems into major international incidents and thrives on anxiety instead of serenity. Instead of basking in gratitude, which I feel is the same thing as happiness, she fine combs every situation to find its flaws. Her personal trials become the focus of theatrical tellings of being caught in the worst rainstorm, having the worst hairdresser, and getting stuck with the worst seat on the airplane. Isn’t it interesting that we all know people like this?

And we also know people whose lives are so sad you could sit and cry with them for hours, yet they persevere with sunny dispositions. People with insurmountable health problems, people with children who mistreat them, people with scars from abuse, people unjustly accused, people going bankrupt-we see real trials all around us, yet heroic optimism that leaves us astounded. These are people whose faith in Christ, whose grasp of the big picture, is not only understood but enacted in their daily lives, and we come away at once humbled and inspired. We vow to be in that camp, to be valiant at all hazards, and not fall into the “I Refuse to be Happy” group.

It is, after all, a choice. As Abraham Lincoln once said, “A man is about as happy as he makes up his mind to be.” And so you can search for happiness or misery. But one thing is certain: You’ll find whichever one you choose.

is in LDS bookstores everywhere.