Mandy Patinkin: A Spark to Pierce the Dark | Meridian Magazine

Mandy Patinkin: A Spark to Pierce the Dark

Mariah Proctor is a student at Brigham Young University. 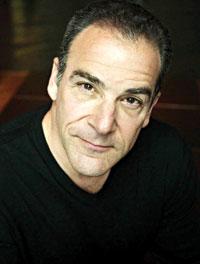 “I never leave a university campus without doing one last thing.” After an encore performance and several standing ovations, Mandy Patinkin crouched low in fencing position and in the gruff and familiar accent of a Spaniard we all love bellowed, Hello. My name is Inigo Montoya. You killed my father, prepare to die.” 25 years after The Princess Bride was first released but we, the willing audience, still ate it up.

We screamed and applauded for our shared nostalgia and Mandy’s perfect imitation of his previous self, but no one in that concert hall will ever reduce their association with this man down to that one role again. We cheered for this nod to the cult classic, but each ribcage in the room still shook and resonated with the power of the tenor notes and musical stories that had just filled us: notes that belong, not to Inigo, but to Mandy alone. Those notes and the depth and the life behind them brought me to my feet in an ovation that I would only give to a performance that sent me forth a person changed.

“Believe in yourself” was Mandy’s first piece of advice to the scores of BYU theatre students that gathered to hear him teach a master class on campus before his performances this past weekend. These master classes that have become customary for the Broadway professionals that visit the campus each Fall, are a unique chance for we young, aspiring artists to learn tips of the trade from its most impressive tradesman. But what meant more to me was the chance to see that Mandy is a real person, which fills me with hope that I, with all my uncertainties and inadequacies might also be able to make my mark on the industry.

He told us about a time early in his theatre career when he was performing at a theatre festival in Washington, D.C. in a play called Indians by Arthur Kopit. Somebody impressive and imposing was down from New York to see the performance and afterwards told the cast he had a particular performer that he wanted to comment on. Mandy said, “I put on my humble face and got ready.” But instead of verbal applause, this man picked him out of the cast and said that he was “incredibly indulgent, completely lacking in craft, and in desperate need of learning something.”

Mandy didn’t leave his advice at “believe in yourself,” at no point in his chat with us did he communicate that it will take anything less than working our guts out to have a chance at achieving something real and worthwhile in this business. After seeing six BYU students get up and sing to him, he pointed out that what he’d seen were performances and what he wanted to see was a real human, being alive.

What Mandy brings to the stage is that blood, that life. He asked if we could have the freedom as performers to let accidents happen, that his real gift was that he made mistakes. His concert wasn’t flawless, but it was watching this real human, being alive that brought tears to my eyes and enlightenment to my soul.

He filled the concert hall with his voice and his voice filled my heart with a hundred stories. He reminded me why I want to be a performer and what I hope to become. I’m not aiming at fame or riches, but I would like to be a spark to pierce the dark.’ He told musical stories that made me think for a fleeting instant that all I really want from theatre is a love story like the ones that they write songs about. When he began to sing songs from Stephen Sondheim’s Sunday in the Park with George (for which he was nominated for a Tony award), however,I knew that I would never be satisfied with a full and abundant life and no opportunity to express how it feels.

“The child is so sweet and the girls are so rapturous, isn’t it lovely how artists can capture us?” (Sunday in the Park with George). Mandy Patinkin managed to capture not only himself in this performance, but all of us. It is lovely that how artists can do that and suddenly make us so unsecret to ourselves. He reminded me why I think theatre is something so magical. He made me want to dance and jump and laugh and cry (all of which I did during the performance).

As he turned to leave the master class, he gave us another great gift besides the gift of spirit and song. As the students began to excuse themselves he said “and remember to put me in your shows when you get out there.” And with a single sentence, he told us each that we could make it. We can actually do this. He validated us as artists and as a part of the same family of people who feel things. He still has things to learn and we still have things to learn and this dynamite performer, a true artist, thinks that I am an artist too.