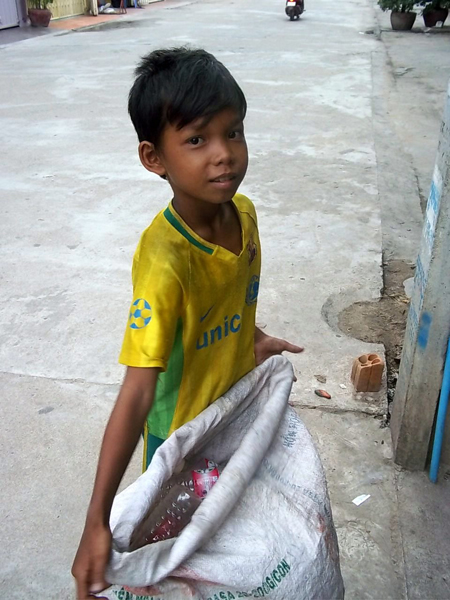 Many abandoned Cambodian children who are struggling to survive have received help from The Church of Jesus Christ of Latter-day Saints.

As part of Pacific Partnership 2012, the Church donated medical supplies and hygiene, injury and school kits to help the Cambodia Children’s Fund Rescue Center. The center is located near a garbage dump where many children live and have grown up.

During Pacific Partnership 2012, nearly 100 Latter-day Saint professionals took a leave of absence from their various practices and donated a significant amount of time and skills to help heal people who don’t have access to medical care.

This is the fourth year that the Church has been involved with the United States Navy’s Pacific Partnership projects. Latter-day Saint Charities provided 96 volunteer doctors, nurses, dental specialists and medical technicians to Pacific Partnership 2012, a four-month long U.S. Pacific Fleet humanitarian and civic assistance project that brought together U.S. military personnel, host and partner nations, nongovernmental organizations and international agencies. The operation ended on 11 August. In 2011 and 2009, LDS Charities volunteers assisted aboard the USNS Comfort during the Continuing Promise missions.

The project, which made stops in Indonesia, the Philippines, Vietnam and Cambodia, evaluated and treated more than 49,000 people and performed 887 surgeries. The project also completed 104 community service projects, which included donations of 244 pallets of supplies (139,848 pounds, worth more than $435,000). The Church donated 104 of those pallets (including hygiene kits, newborn kits, blankets, and toys) and 20 wheelchairs.

Twelve Latter-day Saint Charities volunteers stayed for the entire project; others came for two- to six-week periods. Most are from the United States, with a few others from Canada and the Philippines.