Take a Tour of the New Brigham City Temple

Scot Facer Proctor photographed the first ten photos of this essay, while the rest are from LDS Church Public Affairs and are copyrighted by the Intellectual Reserve.

When the Brigham City Temple is dedicated Sept. 23, 2012, it will be Utah’s 14th temple, in one of the state’s oldest communities. Perhaps that is why there is such enormous affection around this temple that stands, white, with its unique two spires against the green mountain marked with a “B.” 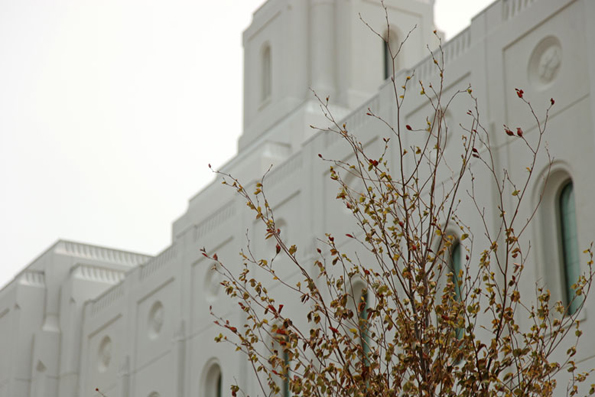 What the visitors will see, who begin flocking there this weekend is a temple that has been created with painstaking effort to have an historic flavor about it. Not only is that two spire exterior reminiscent of another time, the interior has beautiful moldings, ornate dcor around the ceiling and floors, round windows, and a sense of calm and loveliness that could be from another century.

Residents from Brigham City, say they have looked forward to a temple since at least 1911, when Joseph F. Hansen offered several acres of land east of the cemetery on Reservoir Hill to the Church for the purpose of building a temple. At first the idea was looked upon favorably, but two years later the First Presidency had to turn down the land because research had indicated that Hansen didn’t have a clear title to the property.

At long last, the waiting has paid off, and even before the public begins to tour this weekend, you can come on a tour of the temple from your armchair.