Folk/inspirational singer and mother of three, Cherie Call released her new music video this past week. For more information on Cherie Call or to read her blog, visit: www.cheriecall.com 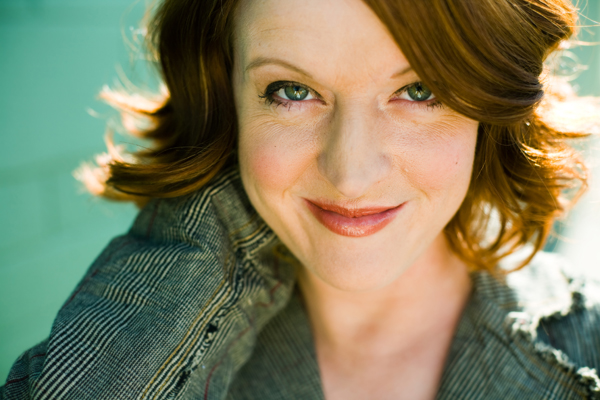 You can never anticipate what will inspire you. When Cherie Call was plunking around on the keys of the piano that she always remembered being a part of her childhood home, she didn’t know that the notes she was playing might be original combinations at all let alone that she would later write whole songs inspired by what, at that moment, she did not know.

To the triumph of the young women’s leaders of the world, it was a personal progress goal that first compelled Cherie to put pencil to paper and make permanent the notes that had, until that point, been floating and fleeting as her fingers danced on the keys. It would be a while before she would get up the guts to write her own lyrics. She started out using poems and scriptures as the words to her music. Writing that first line of her own words took courage, and today she has seven full length albums of her original songs to prove that she still has that courage.

It was notes from keys not strings that scored her musical endeavors until she reached college, but as her songwriting matured it was the soulful sound of a guitar that seemed to be the most appropriate partnership for her very personal lyrics, for the stories her songs were trying to tell. It was while studying Media Music, a new major at Brigham Young University, that she began to solidify her style of songwriting and met people that would become and have continued to be her most important collaborators in pursuing her musical career.

After graduating with her B.A. in 1997, Cherie teamed up with one of her songwriting classmates, Tyler Castleton to produce her first album, Taken.’ She was working the night shift as a reservations agent for Southwest Airlines, recording after she got off work, sharing the hours with only crickets and insomniacs. It was a long process, since she could only take the time to record when she could scrape together the funds to do so, but that album and the way it was received paved the way for her to get an investor to fund her second full-length album Heart Made of Wind.’

There’s no doubt that working the nightshift for the airlines during this time of her life likely had its downside, but she took full advantage of the upside by using her flight benefits as often as she could. She played all over the country and says that every time she traveled she would try to find a venue for performing. Whether it was EFY at Southern Virginia University or a Starbucks in L.A., people were going to hear her acoustic melodies and smooth vocals. “Every one was important in its own way,” says Cherie “things that look like bad gigs on the surface can be the best learning experiences.”

One of the most notable venues that enjoyed her company during this musical meandering was the New Writer’s night at the famous Bluebird Caf in Nashville. Upon seeing the unassuming location and appearance of this little place, her mother said, “THIS is where you’ve been dying to play?” But the Bluebird has gained worldwide recognition as the premier place for songwriters to play. Sultry strains from songwriters whose work tops the charts are the regular soundtrack of this place. It is also where Garth Brooks was discovered before being signed with Capitol Records. Cherie said that being chosen to play on a stage that has played host to so much talent was nothing short of magical.

“I have loved “the road” ever since I was a little girl, and it has always loved me back,” she says. Being on the road brought Cherie more than just performing opportunities. After being signed with Deseret Book’s Shadow Mountain label, she was asked to go on tour and open for “Jericho Road.” It meant leaving her airline job and life behind, but it seems that it turned out to be worthwhile since “the road” brought her a husband in the form of the tour’s sound guy, Joe Anderson.

She’d known Joe from her time at BYU and they’d even been set up and gone on a few dates. Everybody seemed to want to know how it was going and what she thought and in the pressure and confusion of it, she began to feel like each date was some sort of audition or job interview. But riding in the equipment van speeding past cities and open fields and amber waves of grain meant being together miles away from the pressure of “how’s it going with you two?!” and they fell in love. After their New Year’s Eve gigs on the night of December 31, 2002 (it was likely January 1, 2003 by that time), he asked her to open one of his road cases to get something and there inside, she found a dozen roses with a tiny box attached. He dropped to one knee right there in the back of that equipment van and asked her to spend her life with him. 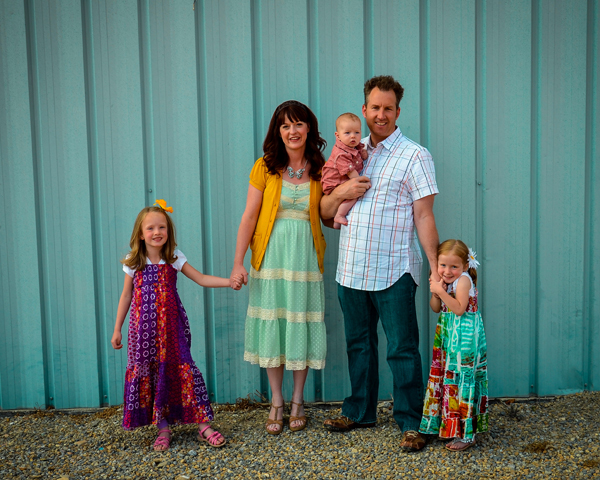 You can never anticipate what will inspire you. This man and the life he and Cherie have created together inspire her song. She may not have known when she was plunking around on the keys as a kid, assuming she was recreating some existing melody that one day she’d have her own children and write whole songs about a single word from them or a look or a moment. Some of her life’s biggest inspirations hadn’t even been born yet.

Cherie has alighted from her life on the road for a time. It is home, now, that she sings of.

When her daughter Sydney was three, she dawned a pair of butterfly wings and began to skip and soar’ around the room. After a moment Sydney brought a superhero cape to her Mom and Dad not to replace, but to add to the wings that she already had. She stumbled around trying to discover how to fly with such a combination affixed to her and finally decided and informed her parents, “you don’t need a cape if you’re already a butterfly.” This moment was the inspiration for Cherie’s song Already a Butterfly.’ The charming video was released last week and is definitely worth a watch:

Cherie said that when she heard her daughter declare that superhero cape irrelevant because she was already a butterfly, she was floored by the truth of the statement. Cherie said, “When you know who you are, you don’t have to try to be a bunch of other things…because you’re already the best you. Just make that even better.”

Cherie Call is truly someone who is trying to be the best butterfly she can be without throwing on a cape and trying to be anything else. Raising her young family is keeping her at home, so she has declared herself the stay-at-home-songwriter.’ She finds magic in being the one who her daughters and son can look to for comfort when they’re sick.

She finds magic in the way that her husband will call her from a restaurant when he’s traveling asking her to remind him how he likes his steak.

You can never anticipate what will inspire you. For this chapter of Cherie’s life, home is what writes her songs. She keeps a blog (www.cheriecall.com/blog/) in which she paints her story as it unfolds much better than I’ve done here. She tries to be sure to write and record one new song a month that she can post there. She calls the songs homeless’ because they aren’t part of any album, but each seems an integral track to the album of her life in her own home.

Cherie said that the thing she wishes everyone would discover is that people are often misled in their attempts to find joy and success. They start off in the arms of a family with love and support and then the starting gun of their race for happiness is fired and they find themselves running further and further away from the people that love and support them, further from what Cherie believes real success is: the magic of home.

You can catch Cherie next performing in Brigham Park in Salt Lake City on August 28, 2012. You can visit her website (www.cheriecall.com) for information on her albums, events, and newest homeless’ songs.