What Mutual is Not | Meridian Magazine

What Mutual is Not 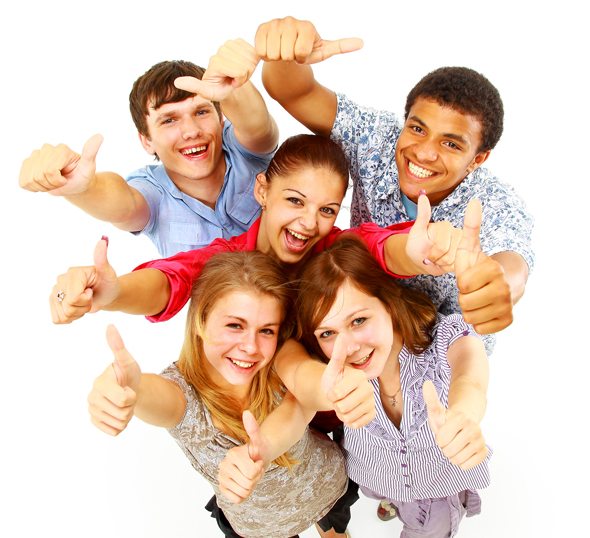 When I was a teenager there was a charismatic youth leader all the kids loved. He was hip, cool, and spoke our language. Even the rowdies warmed up to him, free from the disapproving glares they got from other adults. Kids flocked to his home, laughed at his jokes, and poured out their troubles to his sympathetic ear.

The leader himself basked in the glow of an adoring fan base, a group of youth who fawned over him with the blind faith they criticized others of having for the gospel. He was like the Pied Piper, and any tune he played was better than the “shoulds” and “oughts” they heard at home.

And it sort of gave me the creeps. Something was just not right here. This man didn’t seem inspired to me; he seemed glib and designing. It was as if he were gathering a cult together based on his personality, a cluster of miserable youth who felt disenfranchised and were “searching for themselves.” And they were only too happy to skip along behind him.

This is not the norm. Most of our youth leaders are centered on the gospel, creative in finding ways to bring every youth unto Christ, and they magnify their callings in ways that can only make other volunteer organizations scratch their heads in wonder. They deserve our constant appreciation. However, from time to time you run across a Pied Piper.

I saw it with much more frequency in college: Professors who had figured out how to win over the students, gain their trust, and then teach them any number of ridiculous ideas, which the students gladly gulped down without a single hesitation in their heads. These guys-and it was usually men-had finally snared the popularity that had probably eluded them in their own younger days. Today they were sporting beards and sandals, encouraging students to call them by their first names, using occasional foul language-pretty much following the playbook for how to convince youngsters you’re cool. You could almost see their egos swell as cute co-eds giggled at their jokes and entire classrooms nodded at their ideas as if under a hypnotic spell.

Later, I was in a ward where a Young Men’s leader again emerged as The Cool Dude, the one who’d understand if you didn’t want go to Seminary, the one who thought the Word of Wisdom was just a suggestion, not a rigid set of rules. And in another ward, a sister working in Young Women encouraged the girls to share their problems with her in class, a place where they were safe spilling family secrets and crying about their sorry lives. Of course, their confessions became Ward Knowledge as the gossip mill picked up the baton and ran with it.

This is the sort of charisma and magnetism we read about time and again in the Book of Mormon, isn’t it? Sometimes these self-appointed BFFs have diabolical intentions and want to lead huge groups away from the truth. But more often in modern times, they simply can’t handle their vast leadership talents and their pride gets in the way: They start out excited to use their abilities to help young people, and then they become drunken with the adulation they receive, with the wondrous powers of persuasion they seem to possess. Their desire for praise gets out of hand, and the thrill of being idolized takes over. It’s more than popularity; it’s devotion-these kids would do almost anything for these leaders, and they know it.

It’s absolutely wrong. Here are five ways that this is more than just improper; it’s dangerous.

First, when a kid relies upon some adult to give him his marching orders (Jim Jones and evenHitler come to mind), he is no longer relying upon God. He has closed the door on the Holy Ghost and focuses his attention upon someone with absolutely no inspiration in his behalf.

Second, turning a Mutual program into Group Therapy is wildly out of line. It urges class members to think negatively and search for problems to share, it makes them rely upon a group other than their family, it encourages self pity, it robs family members of privacy, and it fuels gossip. Yes, trained counselors have a place in helping troubled youth, but it’s not something the Beehive Leader should try to fashion, when she should be sticking to the manual, turning the girls’ hearts to Christ, and praying for real inspiration.

Third, making your home the hangout for the ward youth pulls them away from their homes where they should be building eternal relationships. Even if there are problems at home, they won’t get solved by hiding out in a leader’s home where all they do is commiserate and eat Rice Krispie Treats. It also distracts them from working on loftier goals such as academics, Scouting, and Personal Progress. How much scripture study is taking place at these “cool” gatherings? I’m guessing zero. (That’s not to say it isn’t a wonderful thing to make your home a refuge for kids truly unable to function in a violent family, for example. Plenty of kids owe their success in life to leaders who took them under their wing-it just requires an eternal rather than an egotistical perspective).

Fourth, it creates an anti-hero. It isn’t just bad for the youth; it’s bad for the leader. It convinces him he’s above the law and can interpret the gospel any way he likes. It lulls him into thinking he’s magical and marvelous, a perfect recipe for the kind of pride that causes otherwise good people to fall away from the Church.

Fifth, it hurts the whole community. Instead of having solid families (imperfect, but striving), it fragments the whole and weakens the unity that makes neighborhoods and congregations strong. It’s a little like gangs, which spring up when boys lack strong Father images and seek for them among their peers instead. They begin writing their own rules, justifying extreme behavior, and disintegrating into uncivilized thinking. Their loyalties shift to their “club” instead of to people they could be sealed to and live with through the eternities.

I’m not saying our youth leaders need to be stern, unsympathetic robots. Of course it’s a plus when the kids genuinely admire their fun leaders, when they can have wholesome parties at their homes, and when lifelong friendships develop based on love and testimony growth. But the program is inspired and should be followed, not supplanted.

When kids start to complain about their families, or to share inappropriate details of sins or problems that should be kept private (or shared with a counselor or bishop), a good leader needs to nip the conversation quickly, and steer it back onto proper ground.  And if youngsters want to “come over to your place and hang out,” as flattering as that is, a good leader will discourage it from becoming a daily routine, and will search for ways to mend family ties instead.

Mutual is a vital program, one which can solidify a kid’s testimony and make the difference in his staying active or falling away. Is there really time for leaders to strut like peacocks?   Or should we be looking for every opportunity to give those kids that singular moment when the Holy Ghost witnesses to them that the restored gospel is true, and that their hearts are now forever changed, forever purchased by Christ’s atonement? All it takes is one sudden moment when they know.

And they will never again be the same.   Now that makes a leader unforgettable, and deserving of real admiration.
No Comments | Post or read comments