Within the Dark Hills by Sian Ann Bessey | Meridian Magazine

Within the Dark Hills by Sian Ann Bessey 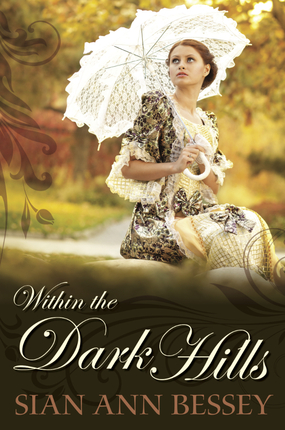 Once in awhile I pick up a book that touches me in a personal way. Perhaps because I, too, have Welsh ancestors who lived out their lives in the dark coal tunnels beneath Wales and my father worked for a short time as a coal miner, I experienced this connection with Evan Powell in Sian Bessey’s Within the Dark Hills.

The story opens with Annie Morgan, a young orphan woman, fleeing her drunken employer who attempted to rape her. She escaped by bashing his head with a fireplace poker. She runs in terror through a driving rain storm, knowing if the master of the manor catches her she will be severely punished, perhaps killed. She makes her way to the rectory where she only briefly explains her dire situation to the kindly minister before the mine whistle blows a warning of a disaster at the coal mine. Since she has some nursing experience she accompanies the minister and his wife to the mine where she works tirelessly to save injured miners’ lives.

Evan Powell is deep inside the mine working with a thirteen-year-old partner, Hugh, when the alarm sounds and the mine trembles. Hugh’s lamp goes out, signaling poisonous air. The two begin a hasty retreat to where they can be lifted to the surface. On the way they discover the little boy who controlled the air to their shaft buried under a slide. They dig frantically to free him; he’s still breathing though unconscious, so they take him with them though he slows them down. When the boy is safely in the cage to be lifted out, Evan goes after his brother-in-law who was working in the area where the explosion occurred.

Evan meets Annie as she assists in setting Evan’s brother-in-law’s shattered leg. He meets her again a few days later at the minister’s house when he goes there asking for advice. His brother-in-law is unable to work for a long time due to his serious injuries and his pregnant sister already has three small boys and is caring for Evan’s two-year-old daughter as well. He feels his child is too much for her in addition to her troubles. They have no other family to help. The minister makes a suggestion he has trouble accepting—that Evan and Annie should marry so Annie can change her name and hide and so Evan will have someone to care for his daughter. Evan feels even a marriage of convenience would be a betrayal of his dead wife, but sees no other solution. Reluctantly Annie agrees. Their marriage brings a host of other problems in the tight-knit community and little by little they learn to cope with them together.

Within the Dark Hills is a novel that easily fits into a number of categories. With its rich historical background and the author’s firsthand knowledge of Wales, it can easily be called Historical. The detailed scenes that take place underground provide rich texture to the story. The tender relationship that develops between Evan and Annie makes the story a romance. The lyrical language and social problems involved in nineteenth century underground coal mines give the story a literary bent, as do strong well-developed characters who grow, make mistakes, and become stronger better people. Though the Mormon missionaries and their connection to Evan and Annie are an important element of the book’s conclusion the conversion aspect is not played up much beyond the historical aspect that the American migration played in drawing attention to the brutal life Welsh families of that era lived. The danger-filled plot qualifies the story as an action novel. All in all, this book is a story with strong appeal for a wide range of readers.

The beautiful cover on this book has no connection to the story and is misleading as to its content. Though the book will easily appeal to men as well as to women, the cover implies a greater female bent than it warrants and a very different social strata than the book actually encompasses.

Sian Bessey was born in Cambridge, England, but grew up on the island of Anglesey off the north coast of Wales. After graduating from Brigham Young University she married and makes her home in Rexburg, Idaho, where her husband teaches at BYU-Idaho and they are raising their children. She writes for both the adult LDS market and has several children’s books to her credit. This is her ninth book. She has also written a number of articles for the Church magazines. She loves to travel and has made numerous trips back to her homeland.