My Top Favorite Books from the School Year | Meridian Magazine

My Top Favorite Books from the School Year

Here are my top picks of fiction books geared for kids nine and older from this past school year, with the exception of the last book which is best suited for teens through adults. However, all of these books, except the last one, would also be terrific to read-aloud and most likely will incur a discussion. This is perfect timing for summer reading! 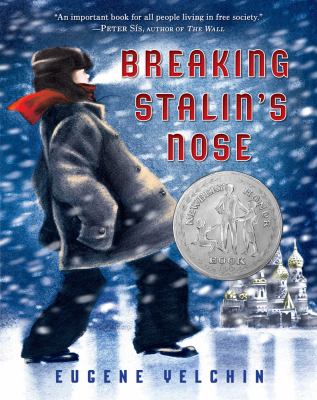 Breaking Stalin’s Nose, by Eugene Velchin, is told through ten-year-old Sasha’s eyes as he prepares to become the coveted “Young Pioneer” after reaching age 10. But the night before this event is to take place at his school, his Secret Police father is suddenly arrested, leaving him alone and in the care of no one. His view of the political system and the revered leader, Stalin, is about to reverse itself when he accidentally breaks off the plaster nose on the school’s bust of Stalin. The trepidation and fear that everyone feels surrounds the story, and the graphite drawn pictures sprinkled throughout evoke the darkened era experienced by all in the story.

The False Prince, by Jennifer A. Nielsen, is a magical story rich in complexities as fifteen-year- old Sage leaves the orphanage in the kingdom of Carthya and is to now serve Connor. But Sage soon discovers that Connor is much more than he seems. The story is clever with twists and turns that will make the adventures fly off the page. There’s also a detailed map in the front of the book showing locations and destinations. 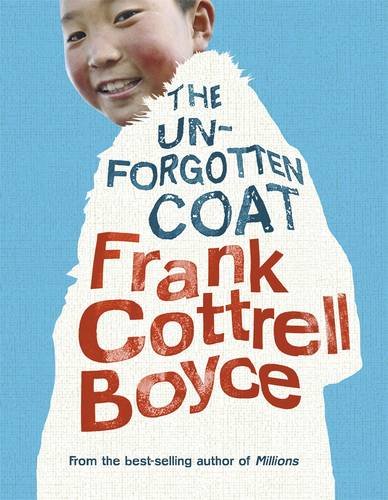 The Unforgotten Coat, by Frank Cottrell Boyce, is written in the first-person by Julie, who is reflecting on her experiences back in sixth grade during the time two Mongolian brothers joined her class. She has been chosen by the older brother, Chingis, to be their “Good Guide” and help them navigate through British school life. What she learns, and begins to appreciate about them and their culture, will surely bring about an appreciation for ethnicities and unique differences. The few photos found throughout the book fit into the story with perfection. There is one mild swear word found in the book. 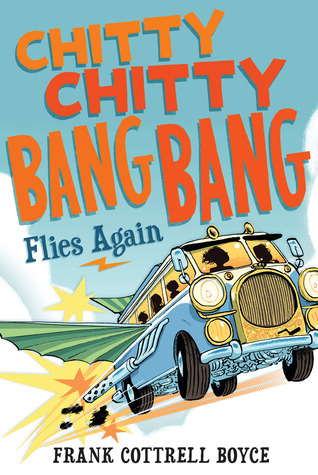 Chitty Chitty Bang Bang Flies Again, by Frank Cottrell Boyce, reflects back to the classic Disney movie, but with its own ingenious storyline and unique humor. The Tootings have just figured out that the cool old camper van that he just fixed up can fly. Their adventures take them high over Paris where they land atop the Eiffel Tower. The children get separated from their parents in Egypt and their van helps them in the search! There are some fun and funny black and white pictures sprinkled throughout by Joe Berger.

A Year Without Autumn, by Liz Kessler, is a time-travel story that twelve-year-old Jenni discovers when she takes an elevator ride up to visit her friend who lives in a condo. What she soon discovers is that this elevator will take her a year into the future and that’s where she learns that her younger brother will have an accident from falling off a horse and will be in a coma. Jenni can go back and forth from the future to the present, so she’s setting out to stop her brother from falling.

Sammy Keyes and the Night of Skulls, by Wendelin Van Draanen, is a mystery and this series is one of my favorite mystery series involving Sammy Keyes. Thirteen-year-old Sammy and her friends are cutting through the cemetery on Halloween and see something mysterious. They see two shadowy figures carrying lifelike skulls. As they begin to solve this mystery, they are about to become entangled into something much more complex. There is humor along the way, which helps to lighten the mystery. This whole series is a great introduction to well-written mysteries. 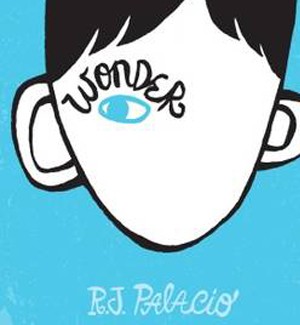 Wonder, by R. J. Palacio, is a wonderfully written story that ultimately teaches acceptance, friendship and most of all kindness. Ten-year-old August leaves homeschooling and enters public school for the first time. He’s afraid of how everyone in the school is going to react to his face. He was born with an extreme defect that has deformed his face. But as you learn about him, and his quick humor and intelligence, through his eyes and others close to him, you grow to love and admire him. And eventually, so does the entire school. It’s a wonder!

Okay For Now, by Gary D. Schmidt, is told through the eyes of young Doug during the 1960’s. Doug has just moved to a new town and feels alone with no friends. His father is somewhat abusive due to his temper and his drinking problem. (Here’s a disclaimer: his father belittles him by an action that follows Doug to school.) Also, his older brother is mean to him but he feels love and acceptance from his mom. Doug befriends a very patient librarian, and a girl, who both help open his world to hope and happiness. There are many subtle nuances and symbolisms that open Doug’s life to a confident belief in himself. 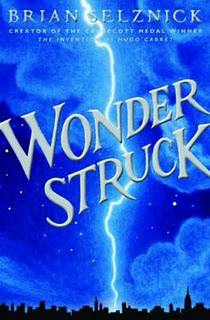 Wonderstruck, by Brian Selznick, has two stories running simultaneously throughout the book. One story is written about a young boy in 1977 who has to live with his aunt after losing his mom in a car accident. He’s unhappy with his aunt and decides to go search for his dad that he’s never known and who lives in New York City. The other story takes place in 1927. This wordless story is shown completely through black and white drawings of a girl sneaking out of her house to also go to New York City. Another similarity with these two children is that they both are deaf. These stories brilliantly converge at the American Museum of Natural History. 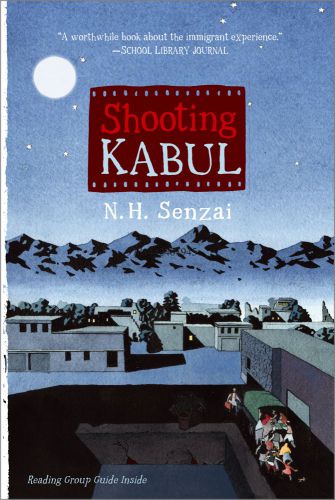 Shooting Kabul, by N. A. Senzai, begins with a family’s flight from Afghanistan. As they board a truck that’s about to flee the area, with the Taliban close behind, they somehow leave six-year-old Mariam behind. The family begins their adjustments in America as well as locating Mariam and bringing her to back to their family.

Edenbrooke, by Julianne Donaldson, has Marianne about to experience life and love in the early 1800’s. When she leaves her grandmother’s large English home to visit another much grander estate in the country, her carriage is robbed and her coachman is injured in the fray. She overcomes the robbery and meets a young man who takes her the rest of the way to the estate. She eventually learns the identity of this man as he learns about her strong, yet humble, character.

This story is a delight from first time author, Donaldson.It’s well written and the tension builds to the climax perfectly.
No Comments | Post or read comments