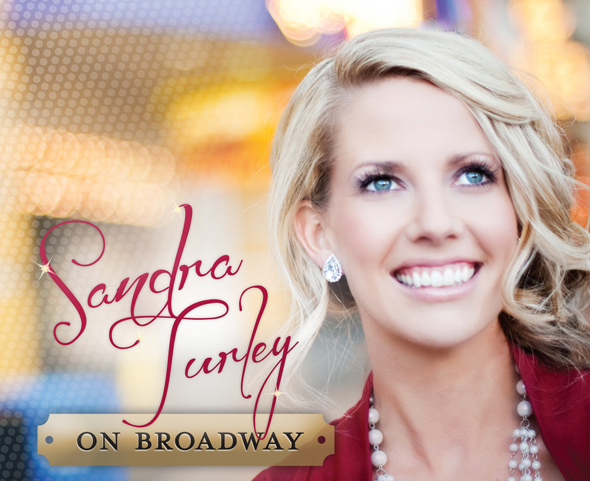 Sandra Turley was 13 years old when her family traveled from their home in Simsbury, Connecticut to the Great White Way to partake in the spectacle and magic of her very first Broadway show, Les Misrables. This Cameron Mackintosh production of Alain Boubil and Claude-Michel Schnberg’s soul-shaking musical, touched Sandra deeply. It resonated within her the way it has been resonating with theater-goers around the world for the past 25 years.

Many of us know the feeling of seeing that show and dreaming our own dream, but as she watched the actors take their bows, this girl, who was not even in high school yet, saw her dream before her eyes. She wanted to do that; she wanted someday to leave the security of that applauding repose and instead be standing up on that stage.

Despite growing up so close to New York City, the practical pursuit of such a fantasy outcome did not become clear to her for many years. After graduating from high school, she came to BYU and began studying in their Music/Dance/Theatre program. She looks at her studies there as an important stepping stone to where she would go and what she would become, but it wasn’t until she was hired to perform as Ariel in a staged version of The Little Mermaid in Disneyworld that pursuing a theatre career seemed like a very real and very close possibility.

It wasn’t so much winning the role, but instead her little sojourn under the sea’ that made her realize that she could do this for real. It was the first time she had spent any time around working professionals. They were performing for a living and navigating their way through the industry, and it made her realize that she was capable and equipped to do the same thing. But a new pair of legs was not the only thing this Ariel picked up in Orlando. It was during her year there that she met the man that would later become her husband.

She didn’t know as she was singing to a sea witch at her first professional gig, that soon she would be standing in a sea of people at a Broadway casting call for that show that had first won her heart, Les Misrables. Back in Utah, a touring company of the show was coming through Salt Lake City and holding an open call for the Broadway production that had been running for 14 years. Originally it was the role of Eponine, the street urchin unlucky in love, that she desired, but Sandra had a spiritual experience that led her to audition for the role of Cosette instead.

It felt as though everybody in the state of Utah had showed up for this aptly named “cattle call,” but the pool was quickly narrowed and when Sandra came again for a callback, there were only about 50 people at the audition. She comments that she was “thrilled, absolutely thrilled.” Though she hadn’t booked the audition yet, to have been singled out at all was such an exciting experience, she felt that “if nothing ever happen[ed], at least [she] made it this far.” 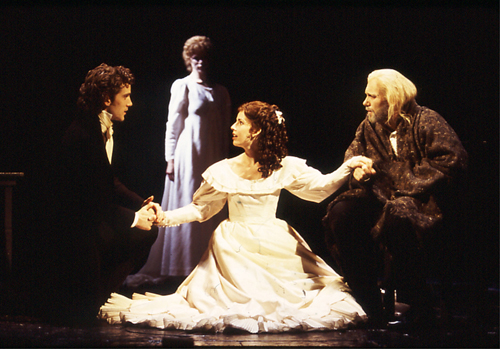 Something did happen, though she may not have foreseen it through the nervous energy and terrifying excitement of that callback. Five weeks later she got the call that they wanted to cast her in the production. The 13-year-old version of herself years in the past was elated to hear that she would now get the opportunity to indeed take that coveted bow in the very same production that had first put those stars in her dreamer-eyes.

But she wouldn’t get time to bask in the glow of a dream-come-true. She would only get two weeks of rehearsal time, with only one full run of the show with costumes and lights before they would open the doors and let the audience in to see her.

She was likely still digesting the idea of Broadway by the time she was put up there on stage in front a house full of people that had paid hundreds of dollars to be there. The heat of the lights, the air that is humming with anticipation, the inner cocktail of nerves and the deep emotion that you are trying to evoke for your character are feelings that are never to be forgotten. That first performance was in her words, “absolutely nerve-wracking and awesomely exciting.”

Sandra Turley has recently released her debut solo album entitled “On Broadway” and though she was careful and prayerful in selecting each track that would be on it, she still says her favorite is the Les Misrables medley that she arranged as a sort of tribute to her love story with the show. She gingerly selected her favorite lines and melodies from the musical, each one no doubt infused with the memories of the hundreds of times that she’s gotten to hear and perform them. It is her six-and-half minute summation of the three-hour show that is close to her heart.

Those six-and-a-half minutes represent the three-and-half years that followed that initial audition in which she performed with the show on Broadway. They must capture the intimacy and loveliness of building those character/actor relationships in real-time as these beloved scenes played out before the shining eyes of expectant theater attendees.

They must capture the thrill and honor of being chosen to be a member of the all-star cast (a cast which included Colm Wilkinson—the original Jean Valjean) that would premiere Les Mis in Shanghai. It was China’s first allowance of musical theatre within their borders and Sandra remembers the seats in the center of the theatre that were reserved for Communist government officials. They must embody for Sandra, the emotion and fullness of being Cosette, a performance which “[gave] the character depth and importance.” She played the role right up until the closing night of the original production. She said when this show closed, so did the Broadway chapter of her career, and “it was the best theatrical experience of my life…anything after would taint the experience.”

Those six-and-a-half minutes tell a story.

It is stories that Sandra Turley is passionate about. It is stories that are the reason behind the creation and release of her debut solo album. She says, “The songs that make me sing are the intimate stories of life. Our lives are a collection of stories. Our stories are worth knowing.” Though connected to her time on Broadway, her own story goes on from there. She’s had three children in three and a half years; the same amount of time she spent on Broadway. She says that being a lover of the creative process allows her to see the similarities between the two experiences.

“Creating and growing a child and watching them become something that they weren’t is an intensely beautiful creative process.” She cites this latter creative process as the more important and the more rewarding one. “I would have had my children and given up Broadway any day.

They are my life. They are eternal.”

Sandra hasn’t had to leave performing completely behind to be a wife and mother, but has instead been able to allow each to encourage and enhance the other.

When she was newly married, she was riding in an airplane with her husband and said to him “I think I want to write a book” to which he encouragingly replied, “I think you’d write a great book!” She has allowed music to be her pen in this new album, but she says that in creating it, her husband has served as “manager, finance guru, sounding board, cheerleader, my love and my best friend.”

Her 6-year-old daughter Ava is even a featured soloist on the album, giving a voice to the role of young Cosette in the Les Mis medley.

The album also includes tracks from Wicked, Phantom of the Opera, Thoroughly Modern Millie and The Sound of Music. In addition to this album, this year brings with it the opportunity for Sandra to perform in selected cities as part of Deseret Book’s Time Out for Women events.

Sandra clearly believes that music can be an incredible medium for communicating messages. When asked what she would consider her ultimate message through all of this, she replied, “to fulfill the measure of our creation.” She believes that we are all born of God and he has created us to do great things, and she encourages each person that she speaks to or sings for to find out what those things are. “Each one of us has the honor to fulfill the measure of our creation and enjoy the process.”