Meridian at the Movies: Battleship, What to Expect When You're Expecting | Meridian Magazine

Meridian at the Movies: Battleship, What to Expect When You’re Expecting

Welcome to Meridian at the Movies, where you’ll regularly get Hollywood film reviews from a Latter-Day Saint perspective. This week we take a look at the “Navy versus aliens” adventure Battleship and the topical comedy What to Expect When You’re Expecting. Check back next Friday for Men in Black 3 and Snow White and the Huntsman. 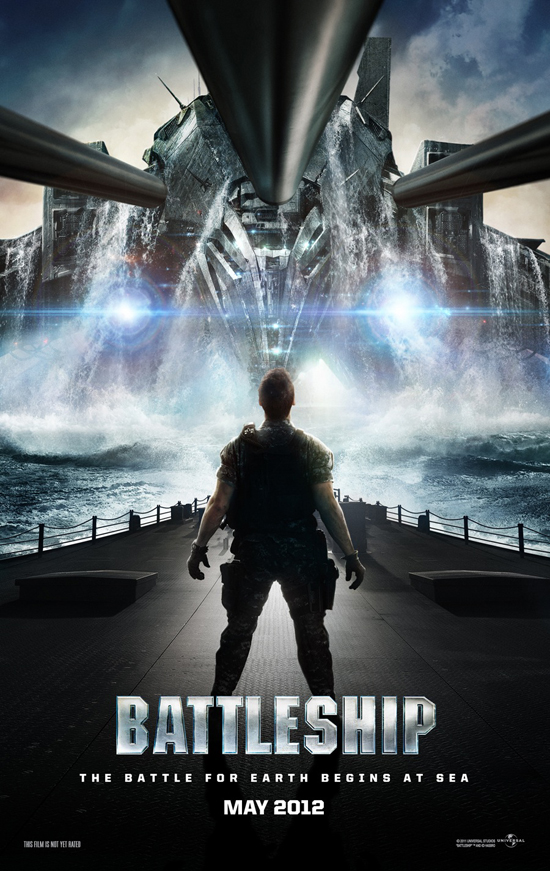 An empty-calorie hodgepodge of Top Gun, Transformers, Pearl Harbor, and J.J. Abrams’ Star Trek, Peter Berg’s Battleship represents the next frontier for Hollywood’s making money off of established brands. With movies already based off of theme park rides, video games, and toys, audiences now have a summer blockbuster based off of a board game. There is dumb fun to be had with this “Navy-vs-aliens” thriller, but one has to wade through numerous cliches, hammy dialogue, and tired, predictable character arcs to reach it.

During its first act, Battleship plays like any other mindless, special-effects-driven summer movie: it’s painfully written, with one-note, uninspired characters. Taylor Kitsch delivers more of the hotheaded bravado he brought to John Carter, without that character’s intelligence and charisma (he gets slightly better as the film progresses). Liam Neeson is underused. Strangely, pop star Rihanna acquits herself well in her first movie role, bringing some tough-girl spunk to an underwritten character. In the middle portion the film starts to gain some traction as the action is dialed up to a 9. In the third act it decides to stop aping other movies (and to not to take itself so seriously) and at about the time the film starts literally living up to its title (you’ll know it when you see it), it delivers some grin-inducing fun, unleashing heavy rounds of humor and crowd-pleasing thrills. For fans of bombastic drivel, Battleship hits home. All others can set sail for better waters.

CONTENT OVERVIEW: Battleship is rated PG-13. It contains a fair amount of moderate profanity and two implied f-words (it’s clear what is about to be said, but it’s interrupted). There is some hand-to-hand combat and firefighting between soldiers and aliens (an alien gets its teeth knocked out), as well as copious amounts of explosive destruction. A woman in a bikini top and short shorts straddles her boyfriend on the beach while they discuss getting married. 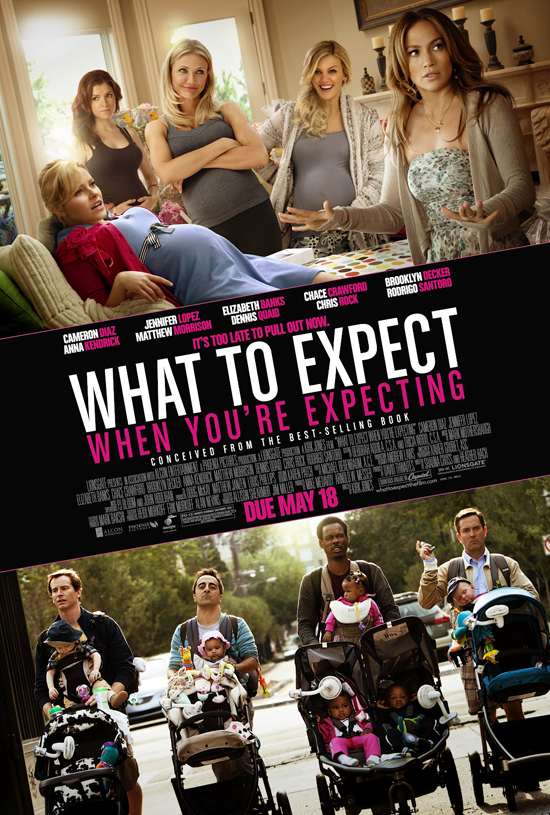 WHAT TO EXPECT WHEN YOU’RE EXPECTING REVIEW (GRADE: C+)

Like Valentine’s Day, He’s Just Not That Into You, and New Year’s Eve before it, What to Expect When You’re Expecting combines a relatable premise with beautiful celebrities and expects that to be enough to carry a film. As is always the case with this growing mini-genre, the characters are loosely interconnected, with some of their stories more entertaining than others. In fairness, Expecting does elicit a fair amount of genuine belly-laughs (especially if you’ve had children), but it is ultimately too crass for its own good and doesn’t juggle its respective plot-threads well enough to carry the dramatic weight it clearly thinks it has. The tenderhearted approach it has towards parenting, with equal respect for its joys and trials, combined with some legitimately hilarious scenes, elevates it slightly about other celeb-driven fluff-films, but only just. Hats off to Elizabeth Banks (The Next Three Days, The Hunger Games) who, along with Ben Falcone as her husband, steal every single scene they’re in (as do Dennis Quaid and Brooklyn Decker as Falcone’s father and stepmother). Also terrific are the supporting characters in the “Dude’s Group” led by Chris Rock. If only everyone else was as fun to watch (and if only the screenplay weren’t so vulgar).

CONTENT OVERVIEW: What to Expect When You’re Expecting is rated PG-13. It has one f-word and moderate profanity throughout. Vulgar and crass language is used to describe anatomy, sexuality, and bodily functions. Several men and women are seen in little clothing (swimwear and ballroom dance outfits), and a celebrity dance routine is provocative. Though there are portrayals of happy marriages, other couples get pregnant out of wedlock, with mixed results. There is some comical violence, with a woman slapping her husband and a running joke about an active child regularly injuring himself. A young couple starts passionately kissing; the scene ends there but sex is implied.

MESSAGES TO DISCUSS: Children are a blessing from the Lord (Psalm 127:3) who has commanded us to multiply and replenish the Earth (Genesis 1:27-28). “Children are entitled to birth within the bonds of matrimony, and to be reared by a father and a mother who honor marital vows with complete fidelity” (The Family- A Proclamation to the World). The pain and anguish of childbirth can be forgotten, swallowed up in the love and joy of a new baby (John 16:21). “When a child is conceived out of wedlock, the best option is for the mother and father of the child to marry and work toward establishing an eternal family relationship. If a successful marriage is unlikely, they should place the child for adoption” (Gospel Study- Adoption).