See Rising Threats to Religious Freedom, Part 1 of this series, based on a conference held last week in Washington DC where faith leaders committed to join together to defend religious freedom which they say is facing unprecedented challenges. The conference addresses can be viewed at www.c-spanvideo.org 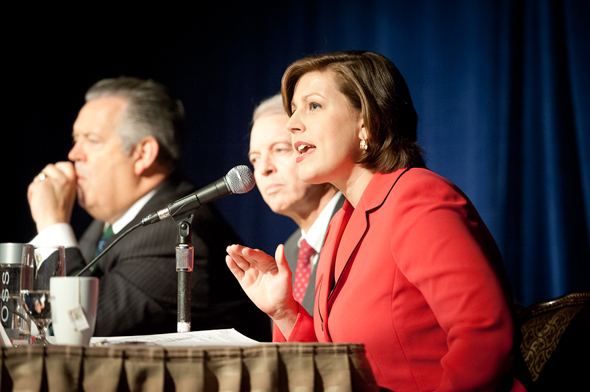 A poll was conducted in May 2012 about American’s views on religious freedom and the results were resounding: Americans value religious freedom, with 90% saying that it is an inherent right, one that is not granted by the government.

85% agreed that religious freedom means that Americans can practice their religion without interference from the government.

On the one hand, that sweeping response is an encouraging affirmation of a right that most of us see as the underpinning of the American founding. Yet, it also points to vulnerability. Because we take this right as a given, like the air we breathe, we are less likely to understand that it is imperiled and, holding onto it, will demand a new level of vigilance, not needed before.

Kelly Shackelford, head of the Liberty Institute, who has been litigating religious freedom cases for 23 years said, “Things are going the wrong direction and recently I have been talking about the speed at which we are falling. There is something new that is going on. Things we never thought we’d have to fight for, we have to fight for.”

Here’s a sample of specific attacks on religious freedom by category. Many more categories and samples could be listed:

Last year on Memorial Day, Pastor Scott Rainey was intending to lead a private veterans’ group in prayer at the Houston National Cemetery. Federal officials there asked him to submit his prayer for approval, and, reluctantly he did. Because it included the Lord’s Prayer and ended in the name of Jesus, officials told Pastor Rainey he had to edit his prayer to make it more general and non-denominational.

“The … prayer/message is specific to one belief,” wrote Arleen Ocasio, director of the Houston National Cemetery.

“I’ve never said a prayer in my life that didn’t end with Jesus Christ,” Rainey said. “It was unrealistic expectation for me not to include the name of Jesus Christ.” Nor did he know that the government was in the business of strangling prayer and censoring what a private citizen could say in worship-especially at a cemetery.

At the same time, applying a national policy, Veteran Administration officials told veteran honor guards that they could no longer recite their entire burial rituals that include prayer and mentions of God at veteran funerals.

To worsen the situation, the Houston National Cemetery director also banned the National Memorial Ladies, a volunteer group from saying “God Bless You” to grieving families. The chapel at the cemetery was closed and used as a storage facility.

After five months of litigation, U.S. District Court Lynn Hughes came down on the side of modifying two federal policies hostile to religion, including the requirement that speech and prayer at such events had to be “inclusive.” He said essentially, “We don’t tell our pastors how to pray.”

Two cases involving the removal of crosses from public property, one in the recent past and one current, demonstrate the zeal with which secularists are hoping to clean the landscape of religious symbols.

Some World War I vets, who used to spend time in California’s Mojave desert for their health, came upon the idea of erecting a cross there to remember their fallen comrades. The cross, put up in 1934, had stood there for 75 years, when the ACLU brought a lawsuit, representing a man who lived about 70 miles away. They claimed this lone cross, standing in 1.6 million acres, was an offense, and judges at both the district court and the court of appeals ordered it torn down. 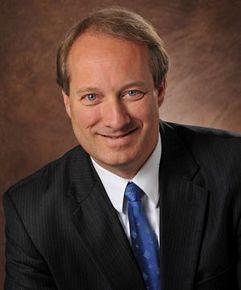 Kelly Shackelford said, “We represented all the major veteran groups who were seeking to protect this monument, and we noted all the religious imagery that had been a part of this nation, including the Navy cross…The judge ordered that a bag be put around it with chains to hold it down. It was one of the most offensive things you can imagine.”

Later a box was put around it, so you wouldn’t have to see it. It was an 11-year legal battle, culminating in a ruling by the Supreme Court in favor of the cross. Ten days later vandals went in and tore the cross down.

Part of the solution was that a one-acre parcel of land would be transferred to the Veterans of the Foreign Wars where the cross stood, but the Obama administration refuses to restore the cross to its rightful location until that transfer is complete.

Another cross is in the federal cross-hairs. The Mt. Soledad cross in San Diego is a 29-foot memorial to veterans surrounded walls bearing the names of 3,000 who gave the ultimate sacrifice. For more than 20 years this memorial has been the subject of a lawsuit, also brought by the ACLU. 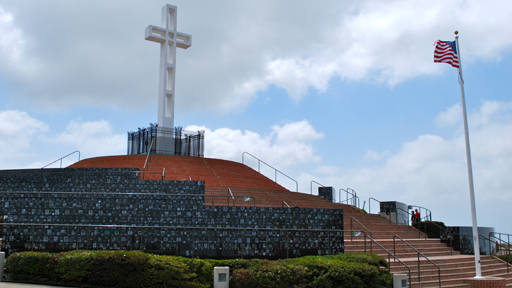 In December of 2010, the 9th Circuit U.S. Court of Appeals ruled that the cross is unconstitutional and the case is headed for the Supreme Court.

According to the Becket Fund for Religious Liberty, “Aggressive secularists have begun attacking a deeply-cherished and previously unquestioned American freedom-the right of individuals to join together to choose their leaders based on their religious faith.

A case recently came before the U.S. Supreme Court where the Equal Employment Opportunity Commission challenged the Hosanna-Tabor Lutheran Church and School regarding whether the church had the right to determine who could teach in their religious school.

The Becket Fund reported, “Before the Supreme Court, the Justice argued for the first time in history that the First Amendment provides no greater protection for a church, synagogue, mosque, or other faith community to choose its own leaders than the right enjoyed by trade-unions, for-profit corporations, and fast-food restaurants.”

Hannah Smith, senior counsel for the Becket Fund, reported that the Justice Department’s second line of defense was even more interesting. If there is a ministerial exception, that exception should be limited only to those who perform exclusively religious functions.

She said that Chief Justice John G. Roberts said, That can’t possibly be the case. The Pope is the head of state, carrying out secular functions. He’s not a minister?”

They said, “We cannot accept the remarkable view that the Religion Clauses have nothing to say about a religious organization’s freedom to select its own ministers.”

Don’t relax just yet. The Becket Fund reports that “a bevy of state and state-funded universities are using the Court’s decision in Christian Legal Society v. Martinez (2010) to fashion policies tailor-made to drive religious student organizations into extinction-unless, that is, the students capitulate to the school’s secularist orthodoxy and agree not to require their own leaders to adhere to their faith.”

Violations of Conscience Rights of Students, Health Care Workers and Other Professionals

Dr. Donald W. Landry, Chair of the Department of Medicine and Physician-in-Chief of the New York Presbyterian Hospital/Columbia University, noted that so many of the threats to religious liberty have a medical aspect to them.

He said that in medicine, the erosion of religious freedom is the culmination of a decades-long process to “marginalize and suppress and eliminate those who do not subscribe to the dominant liberal ideology, and more specifically to those who do subscribe to traditional religious values.”

He says, this process is far advanced in medicine. “We now have a situation where over 80% [of medical professionals] have shifted to one side of the debate…At the same time, the majority of ob/gyn’s are off to the extreme ideological left and in such a situation dissent is difficult.”

Dr. Landry pioneered a procedure that is an alternative, embryo-sparing method for the production of human embryonic stem cells. Yet, he says, “There is an enormous suppression of anything that doesn’t appeal to the extreme liberal orthodoxy.”

He presents a paper and there are only “whispers of approval in the hall after.”

He said, “One imagines the ultimate expression of dissent-the assertion of a conscientious objection” to a procedure. “Such an objection becomes progressively more difficult in such an environment.”

Dr. Landry has talked to several health-care professionals who feel their careers have suffered from their conscientious objection to performing an extreme procedure that “are now quite routinely required.”

As a member of the President’s Council on bio-ethics, he heard testimony by an ob/gyn governing body claiming that medical practitioners do not have a right to conscientious objection if that right goes up against the desires of a patient for anything.

“There is no limit on the absence of limits,” said Dr. Landry. “You could claim that medicine today is a hostile work environment” for a person of conscience.

“We’re at the crescendo of a long process, a long, extreme and unyielding process.”

These examples of attacks on religious freedom could be multiplied, but one of the most dangerous is the growing public censure of policy arguments informed by religious beliefs. The Becket Fund again, “Secularist voices in the public discourse increasingly seek to delegitimize arguments and positions that have any connection to religious beliefs. Based on a distorted view of the separation of church and state,’ they claim that such arguments have no place in the public square.

This pernicious argument says, “You’re religious? Your ideas don’t count. You are gagged in the public square.” Then it goes a step further to say some positions, like being against abortion, are automatically religious.

Reading this, one is tempted to think, “Somebody ought to do something about this.” Somebody is.