The Heart of the Person Before You is a Mirror

When I signed up to come to Jerusalem , I don’t think I understood what 15 credits of classes actually entailed. I generally take 17-18 credit semesters at BYU, but half of those are acting and theatre classes, which are mentally, and spiritually demanding, but don’t exactly rob you of your evenings as far as physical workload. Cue crazy Jerusalem schedule where every class has a novel’s worth of reading every night and you start to feel like you live at the school—-and that feeling is not unfounded since you actually do.

Truthfully, being here still feels like I have 6 hours of theatre classes because seeing the way the various teachers go about delivering the lessons and how they interact with each other is a lesson in characterization and vulnerability and objective in and of itself. Whether you want to or not you tend to start to develop a better aptitude for one teacher’s style of teaching over another and eventually you are automatically more attentive in some classes while in others, the only thing awake is your doodling hand.

That’s extreme and the latter is not really an accurate portrayal of my time in any class here, but lately my time in one particular class has been less than diligent probably due solely to my own slack-a-lacka tendencies. We’ve been discussing the Palestinians’ loss of land and the growing number of checkpoints around the country and the fact that the free movement of Arab people is becoming more and more impossible.

Suddenly the lecture hall quieted and the air began to pulse with a new kind of anticipation and I looked up to see that my Palestinian teacher was pulling out his refugee slip with as much poignancy as a Jew bearing his yellow patch in the Europe of the 1940s-this man who I’d been completely ignorant to the fact that he has to take off his shoes and his belt and show papers and proof of employment in Jerusalem every single day that he comes to lecture before us and I take my freedom completely for granted.

The best part of this moment of my suspended disbelief was that as we all sat in a stunned silence he pulled out his identification card and with a laugh said in his broken English “don’t look too closely; it’s a bad picture.” That broke the silence and I laughed with everyone, but sat internally in awe of how universal so many simple elements of life are. Whether you’re getting your first driver’s license as an American teen or getting branded as an unwelcome un-citizen in the place your family has lived for centuries; it’s absolutely impossible to get an official photograph that you don’t feel ridiculous in.

So many simple things are simply universal. The neighborhood kids in east Jerusalem don’t speak very much English so we can’t really talk to them, but counting games (whether in English or Arabic) thrill children around the world. The more time you spend in foreign lands, the more you find that foreign’ is a silly and often largely inapplicable word.

Lest you teachers of the world read this with concern, know that my studies are really not in as dire straits as I pretend that they are; I am prone to literary dramatics. Inevitably, however, I will leave this place behind and with it leave behind many of the little facts and details that I’ve learned about the history and doctrines here. 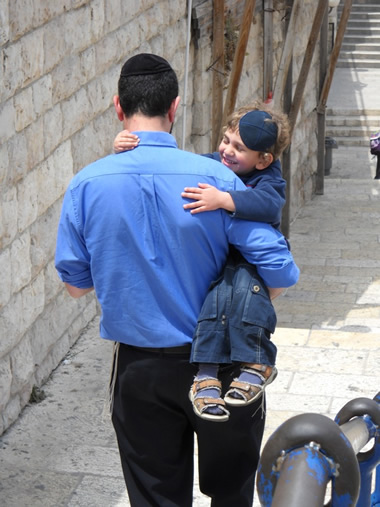 In years to come, when all of the rich knowledge I am gaining now has truly escaped me, I will remember the people here and what they’ve taught me about the commonalities of the race of man. I’ve looked into their faces and seen myself and my own similar need to love and be loved there. I’ve heard it said that man’s mind, once stretched by a new idea, never regains its original dimensions.’ I think that the same principle works on the soul, except that the memory of that internal celestial expansion, will be more enduring then my mind’s temporary inflation could ever hope to be. For that growing opportunity my heart is truly grateful.