Did You See Him There? | Meridian Magazine

Did You See Him There? 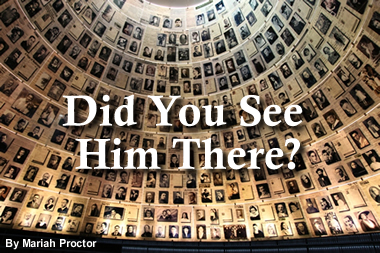 Note: All images can be clicked to enlarge.

“Never shall I forget that night, the first night in camp, which has turned my life into one long night, seven times cursed and seven times sealed” (Elie Wiesel). Yesterday was our field trip to Yad Vashem; “hand and name”— Israel ‘s eternal memorial to the Jewish suffering and heroism in the Holocaust. That visit is notorious for being an emotional and difficult one, but it ended up being hard on me in a very different way than I was expecting.

There were about 3000 people all vying for the same spots in front of the plaques and display cases, and I had a hard time being emotionally moved when I was busy being physically moved by the pushing crowds in muggy rooms with the buzzing of a shoddy headset interrupting our guide’s explanations and all adding up to a splitting headache. 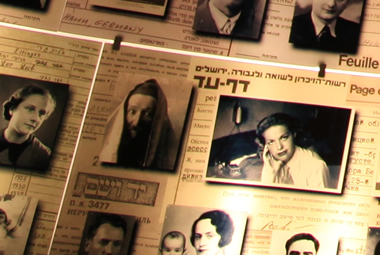 I started to feel helpless and heartless, like I wasn’t feeling enough or seeing enough, so I ditched the headset and began to hop from video screening to video screening hearing the stories directly from the mouths of the survivors themselves. I didn’t have time to sit in any one spot long enough to hear an entire presentation, but as I rushed around, I caught the end of a story that made me realize the reason that my heart felt iced over in the midst of so much genuine sorrow.

A man was telling of a conversation he’d had with his Rabbi after the end of the war and his Rabbi had asked him; “Did you see the smoke?” The man answered, yes. Then the Rabbi asked “Did you see Him there?”—silence was the only answer this survivor could muster. “Never shall I forget those flames which consumed my faith forever” (Elie Wiesel). I find my heart closed because I don’t want to open it to the suffering that murdered the devotion of so many people. 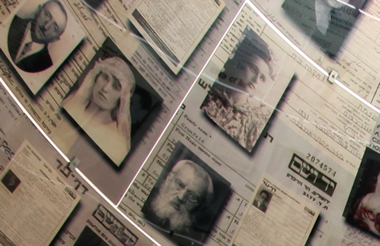 This degree of agony is hard to take in, to comprehend.

I trust the Lord, but I still find myself combing the statistics and the agony trying to see Him there.’ I know that the Lord blessed and preserved many lives in the face of an absolutely fatal tyranny, and that only in the individual stories and not the sheer numbers can you find the tender mercies, but I still have no way to understand why it had to happen the way that it did in the first place.

It’s so much easier on my spirit to just compartmentalize the Holocaust into the “far distant past” part of my heart so that I don’t have to sort through all of the devastating details and desperate logistics that played out the way that they did. It’s easier for me to just say that we’ve learned from it all and moved on, but I know that that isn’t true. 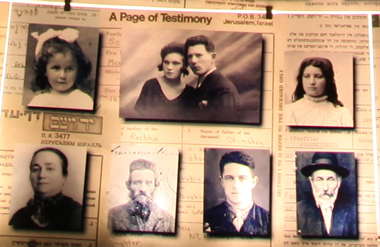 Yesterday, while we were in Israel ‘s Holocaust museum, a man with a rifle walked into America ‘s Holocaust museum and in a senseless act of violence shot and killed a security guard before being shot himself. This happened in my hometown; I found it hard to feel like the Jews were my people when I was experiencing the displays with a bunch of actual Jews. But hearing about the shooting made me realize that they are my people and so is the security guard and so is everyone who has ever suffered in the family of man.

We all have been given the same infinite atonement and that means that, particularly in our suffering, through Him, we are one. I don’t have to disconnect myself because it is too hard or because I am culturally more related to the people who did not know or turned their heads, than the people who suffered and died in the concentration camps. I can pull them close because our Brother suffered for us all, and knowing what they experienced, helps me to know more acutely what He experienced, and that can increase my understanding and gratitude a hundred fold.

“And as Jesus passed by, he saw a man which was blind from his birth,” Jesus went on to make a clay and anoint the man’s eyes that he would be healed and once again receive his sight. With the Lord’s help, this man whose visual perception had only ever been darkness was able to change to having full sight. 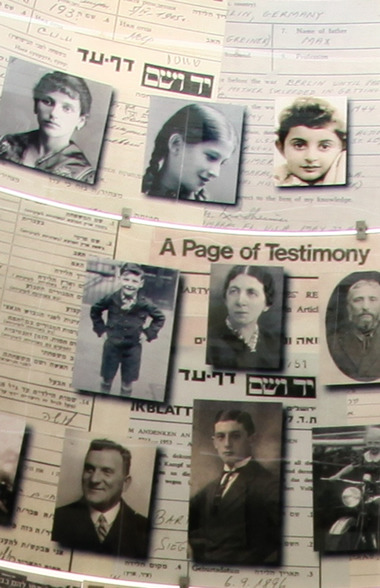 I believe that with the Lord’s help we will one day receive the same gift. I’ve realized that I am currently in a state of blindness, with my mortal perspective being as limited as though I was blind. I don’t understand the affliction of the Holocaust or the reason behind the suffering on such a scale, but I have confidence that one day Christ will anoint my eyes with clay and the things that I didn’t see, I will.

Until then all I can do is pray for a softened heart and pray that when I see the smoke in my own life I will see Him there and pull my people close and praise his glory wholeheartedly.