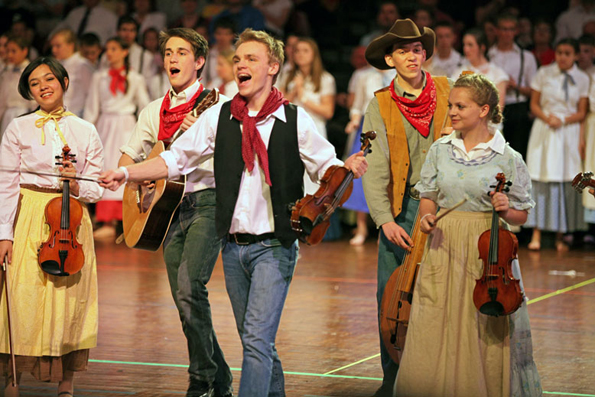 When the committee chairman of the Kansas City Cultural Celebration, Todd Hendrickson, began planning for the event, he imagined that maybe 12 to 15 hundred youth would sign up to participate. They held a fireside on the web for all the teens in the temple district (that spans four states) and they introduced the website where the kids could sign up.

People began signing up before the fireside was finished, and ultimately over 3,000 youth opted to perform in the event designed to celebrate a new temple coming to western Missouri. For many that wasn’t an easy decision. That happened to be the night of prom in scores of schools. It coincided with end-of-year sports events that had to be missed.

Yet again and again, kids chose to give up these very important activities to them to be a part of this once-in-a-lifetime event and they wrote in a memory book called “Little Miracles” that they were so happy with their decision. They said they felt a power and blessing that no prom could have ever yielded.

So join us in photo at the celebration called “Of One Heart in the Heartland.”