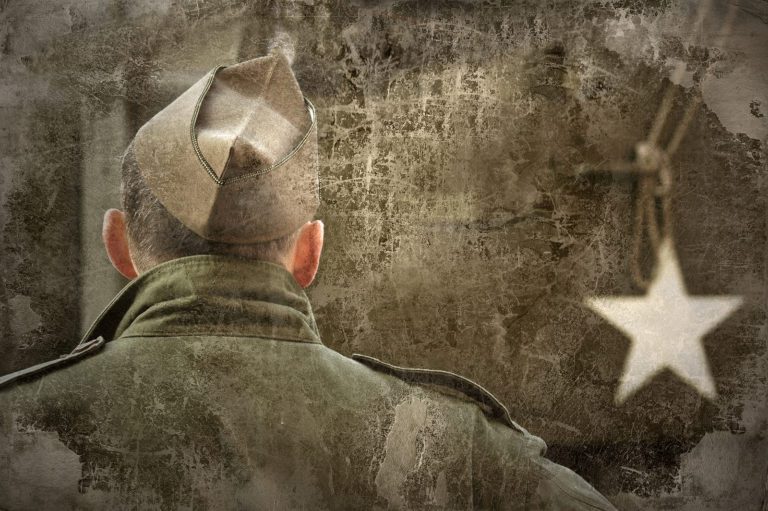 It was the time of the Korean War, and Carl knew that if he didn’t sign up for the military, he would be drafted. If he signed up, he would have two advantages. First, he would have a say in what branch of the military he went in to, and second, he could become an officer. He chose the army.

Of course, he had to go through basic training. There he began to wonder about the phrase “army intelligence.” It seemed to him like those two words were contradictory, given the feeling that it was him they were trying to kill. But finally, basic was over, and he was stationed in Maryland near where a lot of the army brass lived.

A friend of Carl’s told him of an opening leading the army band. Carl was a talented musician. In high school he played in almost every kind of band there was: dance bands, blues bands, and jazz bands. But even beyond his musical talent, he was a born showman. The job was perfect for him, and after auditions, those in charge agreed.

His band mostly performed as the background music at parties for the army brass. The band would play quietly while people visited, ate dinner, or whatever. But one day his commanding officer came to him.

“Lieutenant Atwater, I am assigning you to play at a party for which I am responsible. Many army generals and their wives will be there, along with senators, members of Congress, and others. Basically, anyone who is anyone having anything to do with the army will come, and everything has to be perfect. Your band has to play to perfection.”

“Not only that,” the commanding officer said, “it will be a long party, and I don’t want you repeating music. You must have a full repertoire. Do a good job, and there could possibly be an advancement coming your way.”

The night of the party went along as usual. There were a few long, boring speeches, the regular dinner, and, of course, a bit too much alcohol. The party was really dragging when Carl’s commanding officer’s voice came over the intercom.

“Lieutenant Atwater, please meet me at the oak tree.”

Carl obeyed. His commanding officer was pacing there when he arrived. “Lieutenant,” he said, “play some livelier music. The party is dying.”

Carl went back to his band, and they started playing what lively music they had. Briefly, the party picked up, but because the band mostly played quiet dinner parties, they had soon played most of the upbeat songs they knew. Since he had orders not to repeat anything, they were forced to go back to slower music. Once more, the party began to drag.

Again his commander’s voice came over the intercom. “Lieutenant Atwater, please meet me at the oak tree.”

Again he obeyed. When his commanding officer asked about the music, Carl explained that they had played all of the upbeat songs in their repertoire except for one.

“Then play it,” his commander said.

His commander didn’t even let him finish. “I don’t care if it’s the North Korean national anthem. Play it before everyone falls asleep.”

Carl, who was a bit of a prankster anyway, went back and did as he was told. His band played something that would hit the army officers even more than the North Korean national anthem, and it was far more recognizable. They played “Anchors Away,” the Navy theme song. He had to admit that all of the army officers did suddenly come to life. He had barely finished when the speaker boomed out just as he had expected.

“Lieutenant Atwater, meet me at the oak tree.”

He never did get the advancement.