Are You Unknowingly Stunting the Growth of Your Children? | Meridian Magazine 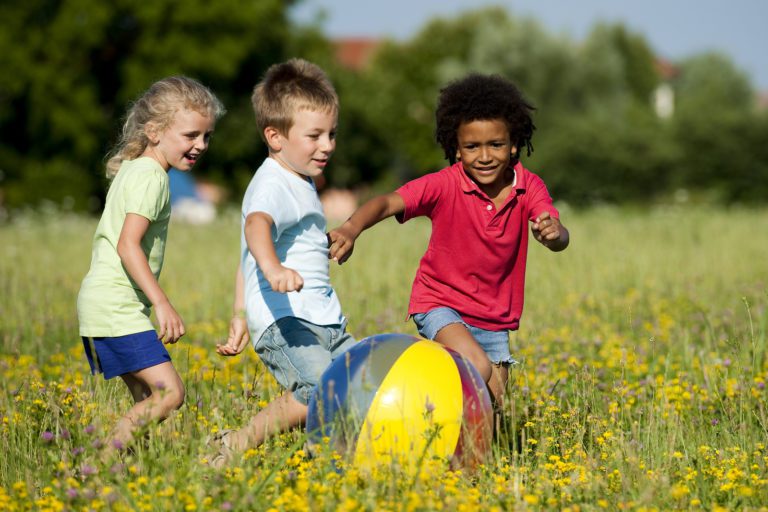 Are You Unknowingly Stunting the Growth of Your Children?

Are we holding our children back? In the past 80-100 years, society has started holding children back with an artificial extension of childhood, instead of empowering them forward toward purpose and adulthood.

At age 12, Thomas Edison convinced his parents to allow him to leave home in order to sell newspapers to Grand Trunk Railroad train line passengers. In no time he had started his own newspaper and opened a private laboratory in a railway baggage car. Edison was a 12-year-old entrepreneur. This was a stepping stone to the laboratories, inventions and businesses he would once be known all over the world for.

Before you start thinking that Thomas Edison was an especially gifted child, you may want to know that he was kicked out of school at a young age because the teacher said he was not smart enough for school.

So, how did this homeschooled world icon become the Edison we know today? Well, his parents, like the majority of other parents during the 1800s and early 1900s groomed their children for adulthood and didn’t hold them back.

My grandfather built his first car as a youth in the 1920s. Everyone did. The general population was considered capable of learning basic mechanics, chemistry, architecture, horticulture and much, much more. What happened? Is it really that the children are so different now? Or, is it that the method in which children are being raised now promotes an unhealthy, unnatural, artificial extension of childhood?

The amazing Annie Oakley started helping to support her family by trapping at age six, and shooting game to supply restaurants and hotels by age seven. By nine she was sewing, decorating, tending and keeping house for people for pay. Finally, at age 15 Annie won a sharp-shooting contest that transformed her into one of the best known stars of her time.

At age six years old, Harland David Sanders became responsible for feeding and taking care of his younger brother and sister, and held down numerous jobs, including farmer, streetcar conductor, railroad fireman and insurance salesman. Finally, at age 40 he struck it big with Kentucky Fried Chicken and became the Colonel who is known around the world.

There are still Edison-type, adolescent, entrepreneur and super star success stories that happen in these modern times, but they are now the rare exception, when once they were the rule. This is a story of one such exception.

When I was in grade school there was a boy in my class named Ryan Morrison, who was very intrigued by alarms. He was also very frustrated with people stealing things out of his desk. So, Ryan installed an alarm on his tote tray. It created quite a stir, or rather a blare, in the classroom when he caught the pint-sized thief. Ryan was a smart, motivated young man. (He was 10.) At age 12 he started installing security systems, and by age 14 he had started his own security system company called Salt Lake Security, which is still going strong today.

When I recently spoke with Ryan, now in his forties, he told me that his parents didn’t know anything about alarm systems, but they did do some things to encourage him on to starting his own career at age 14. I still remember noticing something different in Ryan. He was more mature somehow, and seemed so focused on things that really mattered when the rest of our friends just wanted to talk about the latest movie they saw.

Our society is unknowingly stunting the maturing process of children. How could we go from a generation of children who learned and lived like smaller adults to a generation of adults who hope to live forever like children? These are seven ways childhood is getting artificially extended.

How Parents Can Promote Maturity and Healthy Launching Into Life?

7 Principles for Parents to Focus on

1. Foster self-control and confidence through teaching skill development and self-determination. Mastering skills provides us with joy and consolation for our lives. Teaching skills and promoting self-government fosters much needed confidence.

2. Teach children to be disciplined by raising them to be disciples. Any area of proficiency requires some discipleship. Before Edison could make his newspaper, he had to study the newspaper he was selling. By encouraging our children to study a discipline that interests them they will learn how to work hard and have self-motivation. Warning a discipline and a distraction are not the same thing. Don’t bend over backward pursuing a distraction.

3. Lead children by invitation not by making demands. A good leader, one worth following, regularly offers invitations to follow him, but doesn’t force the learner to follow.

5. Teach them to be committed. If we discern goodness or truth with our inner voice, we are automatically duty bound to follow that good path or direction. We need to teach our children to sacrifice for goodness and commit to follow truth.

6. Teach the children to analyze themselves. Freedom comes by aligning our actions with truth. The only way to do this is to analyze what outcomes we want to have, what our actions are, and what improvements in our actions we need to make.

This process, which seems so simple, is the most avoided activity on the planet. People don’t like seeing their mistakes or going through the work of changing themselves to become a better version of themselves. What kind of power would our children have if they children knew it was okay to fail, and that self-analysis and self-adjusting weren’t bad things but very good instead?

7. Factor in time for solo education. There is nothing that takes the motivation and creativity out of a child more than being over-scheduled and over-taught. Children need solo time to figure, think about the mysteries of the world, to plan for future successes or failures, and create new ways to solve problems. Reading books higher than their reading level about relevant topics by moral, credible authors is also a good way to get some deep thoughts going.

It really doesn’t matter if your child will be the next Edison, Sanders, Oakley, or Morrison. What matters is that they become the version of themselves that they are supposed to become; that they reach their full potential with confidence and joy.

In order to create a generation of young people who launch out into the world as if they were Edison, Sanders, Oakley, or Morrison we need to stop holding them back. They can do hard, mature things. We need to let them.

Additionally, we need to help our children succeed by having regular mentor meetings with them. Discussing their spiritual, social, intellectual, physical, and future goals is the first step to stoping the artificial extension of childhood.

These Mentor Meeting Journals are very helpful for keeping track of what is discussed in your mentor sessions.

I think the Church's new program for children and youth is a good example of what you are saying. I was thrilled when it was announced. But I didn't really like your Annie Oakley example. Annie was deprived of her childhood by her impoverished condition. No 6-year-old should be required to provide for her family.