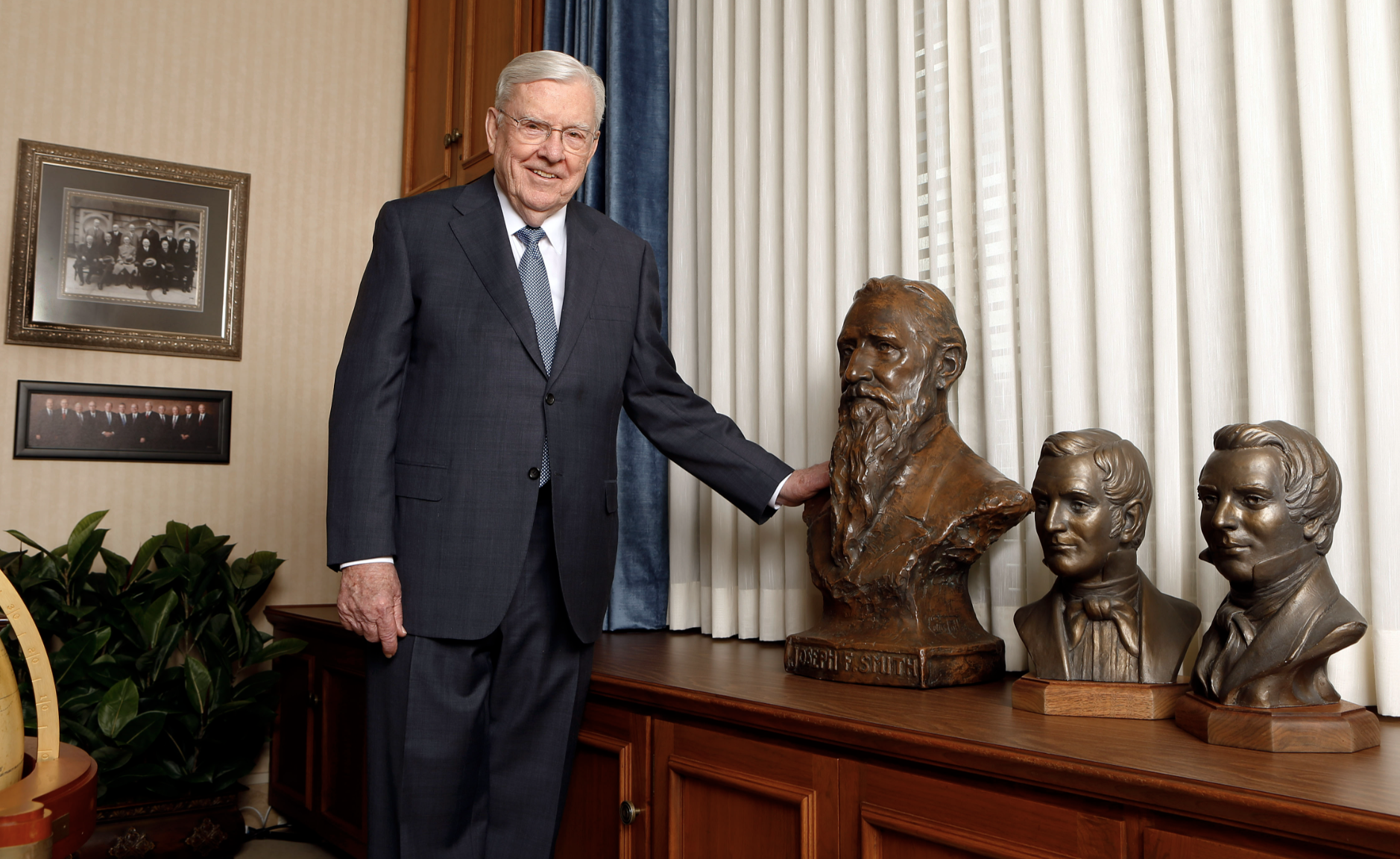 Despite differences in language, culture and nationality, the pioneers who crossed the Plains to the Salt Lake Valley shared a testimony of the restored gospel of Jesus Christ. They exhibited “faith in every footstep” as they journeyed more than a thousand miles through prairie, desert and canyons.

President M. Russell Ballard, Acting President of the Quorum of the Twelve Apostles, has spoken often about his love for pioneers, the faith that brought them west and his desire for Latter-day Saints to remember them.

“I have a deep conviction that if we lose our ties to those who have gone before us, including our pioneer forefathers and mothers, we will lose a very precious treasure,” said then-Elder Ballard in October 2017 general conference. “I have spoken about ‘Faith in Every Footstep’ in the past and will continue in the future because I know that rising generations must have the same kind of faith that the early Saints had in the Lord Jesus Christ and His restored gospel.”

In honor of the 175th anniversary since the first company of pioneers arrived in the Salt Lake Valley in 1847, members of the Quorum of the Twelve Apostles share some of the pioneer stories from their families.

At 15 years old after having been orphaned for two years, he left to serve a Church mission in Hawaii for four years. Later, while serving as an Apostle and President of the Church, he developed visitors’ centers, helped free the Church from $1 million in bond debt, introduced family home evening and contributed to the Church in a variety of other ways.

In President Ballard’s eyes, Joseph F. Smith was an exemplary husband, father, missionary, builder, witness of the Restoration and visionary.