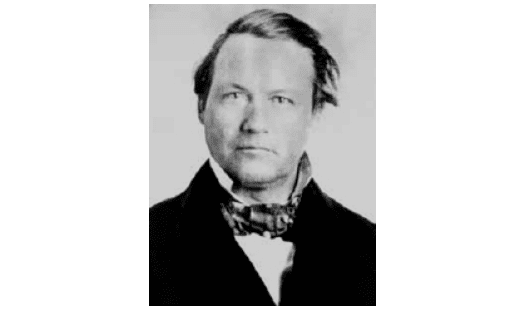 Another Supplemental Testimony to Those of the Official Witnesses

Yesterday, just prior to my lecture on the emperor Constantine the Great at BYU’s Education Week — today, I’ll be speaking on Eusebius of Caesarea — Stephen Wight kindly handed me several pages photocopied from William Shepard and H. Michael Marquardt, Lost Apostles: Forgotten Members of Mormonism’s Original Quorum of Twelve (2014).  The copied passages refer to three accounts of Lyman Johnson’s claiming to have been visited by an angel testifying of the Book of Mormon.  Two of these acccounts explicitly say that he saw the plates.

I’m going to write up a preliminary summary of this material here, in preparation for including it in a manuscript to which I occasionally give attention, as well as for possible use in the film that we’re working on about the Witnesses to the Book of Mormon.

1. Lyman Johnson and Orson Pratt embarked on a missionary journey in February 1832.  On 8 February 1832, they stopped at the home of Benjamin Stokely, in Cool Spring Township, Mercer County, Pennsylvania.

In Stokely’s own words, “An angel brought the Mormonite Bible and laid it before him (the speaker); he therefore knows these things to be true.”

Of Pratt and Johnson, Stokely wrote, “They appeared to have very little learning, to be sincere in all they said.  They had good manners — had been well raised — were decent and unassuming in every thing I saw, or heard them say.”

Stokely’s comments were originally published in the Western Press (Mercer County, Pennsylvania), though no copies of that paper seem to be extant.  But his report was subsequently republished as “The Mormonites” on page two of The American Sentinel for 25 February 1832, and then as “The Orators of Mormon” in Catholic Telegraph(Cincinnati) on 14 April 1832, on pages 204-205.  The emphasis is in the original.

2. In the 1880s, Edward Tullidge interviewed Lorin Farr, who by that time had served as the mayor of Ogden, about his early life.  Among other things, Farr recalled hearing the gospel preached by Orson Pratt and Lyman Johnson for the very first time, when he was eleven years old.  It was in the spring of 1832:

“Lyman Johnson arose and delivered one of the most powerful testimonies pertaining to the mission of Joseph Smith and the great work of the last days, that Lordin ever heard.  [Lyman] also said that he knew the Book of Mormon was true, for he had seen an angel and he had made this known unto him.”

3. When Lyman Johnson preached in Dalton, Coos County, New Hampshire, in July 1835, the eighteen-year-old Ethan Barrows was in the audience and listening carefully.  In the “Journal of Ethan Barrows,” Journal of History 15 (January 1922): 36, written around 1892, Barrows reported that

“He said that an holy angel had ministered with him and had shown him the plates from which the Book of Mormon was translated, and commanded him to testify to all the world that it was true.”

Nice additions to the official Witness testimonies and to the other unofficial testimonies of the Book of Mormon plates.  And thanks to Brother Wight.