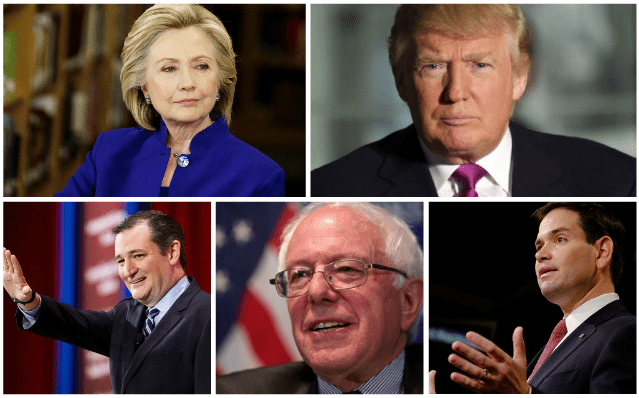 And the winner of the 2016 Presidency is…

Presidential elections tend to turn on the unexpected. Turn in ways that befuddle pollsters, blind-side wily campaign managers and catch candidates under a tsunami of unpredictable events. Fools rush in to predict what the unexpected will be and angels fear to tread on the impossible.

Being no angel, I tread in fool’s waters. So long as it’s hot water, it keeps me clean. With that I say this year’s unexpected trend in perfect hindsight has been that this presidential election is NOT about ideology but pragmatic leadership. And I say it will continue that way much to the chagrin of ideologues on the left and right.

So many judge a candidate based upon how he or she have acted upon and promise to deal with principles or ideological stands on abortion including partial-birth abortion/woman’s right to choose, same-sex marriage/equality/LGBT agenda/no-sex bathrooms/gender neutrality, political correctness, faith/prayer in schools/Christianity persecution/separation of church and state, socialism, churches and tax-exempt status and so forth.

People on the left and right will take any of these and make them a litmus test for deciding who their choice for president will be. Romney fell victim to this when those who thought he would be great as a leader, great for the economy and foreign affairs, but excluded him from getting their vote because he had changed positions on abortion, or was a Mormon.

That is euphemistically called standing on principles. People proudly stood on one of the above principles and stayed home. Never mind that casting a vote is the most fundamental principle of being a citizen.

In the 2016 election the vote will not turn on principles. It will have some affect, but will not make the difference.

The 2016 election will not be on ideology but on pragmatic leadership. Which candidate will be the most capable of blasting the current Obama economy out of its painful malaise where employment figures are up, but the total number of workers is down. Where wages for the created jobs are lower than past jobs making it so Americans in 2016 earn less than they did in 2008, or any year in between. Wages are down $3,000 per worker per year. This is the worst economic recovery ever and second place isn’t even close.

In addition, security concerns overwhelm the polls. Americans feel less safe because they are less safe. We’ve lost control of our borders when more than a half million people with visas have overstayed their visas; when people who illegally enter America are rounded up by federal agencies and then released by judges; where foreigners who kill Americans are not prosecuted but deported only to quickly return to America and live risk free in sanctuary cities that the federal government encourages. We’ve seen numerous deaths to Americans by radical Islamic extremists. We prattle on about how few Muslims are like that but 1% of a billion is a huge number of terrorists seeking to wipe out America and install the counter-American values of Sharia Law that is repugnant to justice and Constitutional democracy.

This year it will be leadership strength in dealing with security and the economy. Period.

How a president stands on the social issues will NOT resonate because too many Americans recognize that without a strong leader at the helm, without someone who can stare down Putin, the Ayatollahs, the insidious ISIS caliphate state leaders, the Chinese dictators, and without someone who takes border security seriously, then there won’t be a Constitutional government to defend.

First things first. It’s like the decision John Adams, Thomas Jefferson, Ben Franklin and others had to make when trying to get the deep south to ratify the Declaration of Independence: accept slavery now or you’ll have no United States of America. You’ll just have to wait until we have a secure country to fix the abhorrent slavery. We’re glad we had leaders who were so pragmatic in 1776.

An argument can be made that what a candidate’s principles or ideology is will determine the judging results of appointments to the Supreme Court. Maybe. But it often does not. Ask Eisenhower, Nixon, Reagan and the Bushes about their lemons. Many a Supreme has fooled everyone. Those who applauded George Bush’s selection of Roberts were surprised he allowed Obamacare and some other decisions. Add to that the fact that SCOTUS decisions are not chiseled in stone. They can be altered by future courts. SCOTUS’s Dred Scott decision that slaves were property was thought to be final. Thank goodness it got overturned. Relying upon SCOTUS to uphold or overturn Roe v Wade can turn into the next president appointing judges who he hopes will overturn the overturning. Not a great way to establish law. SCOTUS appointments are not a good litmus test for selecting a president if the election is to turn on leadership and not ideology.

So who are the candidates that could present a strong leadership front? Let’s look at the candidates who have double digit approval in alpha sort order by first name:

Main Pros: Flamboyant and aggressive when he gets his teeth into a subject. Good charisma that pulls people to him.

Main Cons: No record on actually leading anything. Lots of historical evidence to know his Democratic-Socialism agenda will not produce a strong economy and we have no idea how he would make us more secure. Philosophically he’s a problem for a majority of Americans right now, but, remember, this election won’t turn on ideology.

Main Pros: He’s been there, and done that in business. Love him or hate him, he has a track record of dominant leadership.

Main Cons: We don’t know if that translates into political leadership needed to run a fractured country. He’d be Commander in Chief, not Dictator or Emperor in Chief. His tough talk may fold in favor of making deals that will sell out the ideology of his most ardent conservative supporters.

Main Pros: She knows where the bodies are buried on K Street and elsewhere along the Potomac. Literally some would say. She knows the ins and outs of the national and international political world. She has a dominant leadership style that is quite hawkish – witness her pro-war agenda with Madeline Albright in the Serbia et al wars.

Main Cons: She may be indicted because her strong leadership style led her to believe she could do what she wanted, when she wanted with whatever state secrets came her way.

Main Cons: No leadership experience outside of politics, and even meager leadership there. Ideas mean nothing if you can’t get anyone to follow. No evidence he can do that.

Main Pros: Dynamic, articulate, energetic, great debater, doggedly determined. Loves the idea of leading and has great confidence he is up to the challenge of leading the free world.

Main Cons: What has he led? His bombastic style is 2nd only to that of Trump as are his unfavorable ratings. His style may work in confronting the Chinese, extremist Muslims, Venezuelans, Cubans and Russians, but, does he have enough experience in being successful to know when to hold ‘em, when to fold ‘em, and make a deal?

In the “also ran” category of this horse race:

Martin O’Malley has virtually no support so isn’t part of the discussion.

Chris Christie, Jeb Bush and John Kasich have more actual governing experience and Carly Fiorina has the most business experience (besides Trump) than all of the rest of the field combined, but they have too many campaign weaknesses to actually make it past their primaries. Most Republicans adore Ben Carson, but he’s never led anything much either. If we were electing Philosopher in Chief he’d win hands down. All of these candidates have less than 5% support and will likely be left to jockey for a position in the cabinet of a Republican president if the Republicans can make the case against Hillary.

So there you have it. I have yet to select a favorite for me, but you and I will get to decide soon. Remember, every election and most choices in life are all “compared to what?” Choosing to stay home is unpatriotic and the coward’s way out. Stand up and be counted.

Interesting opinions, but nothing more than opinions. Thank you for sharing them.

From a UK point of view, Trump is a maniac whose language is likely to start a world war.