And I Remembered the Words of my Father | Meridian Magazine 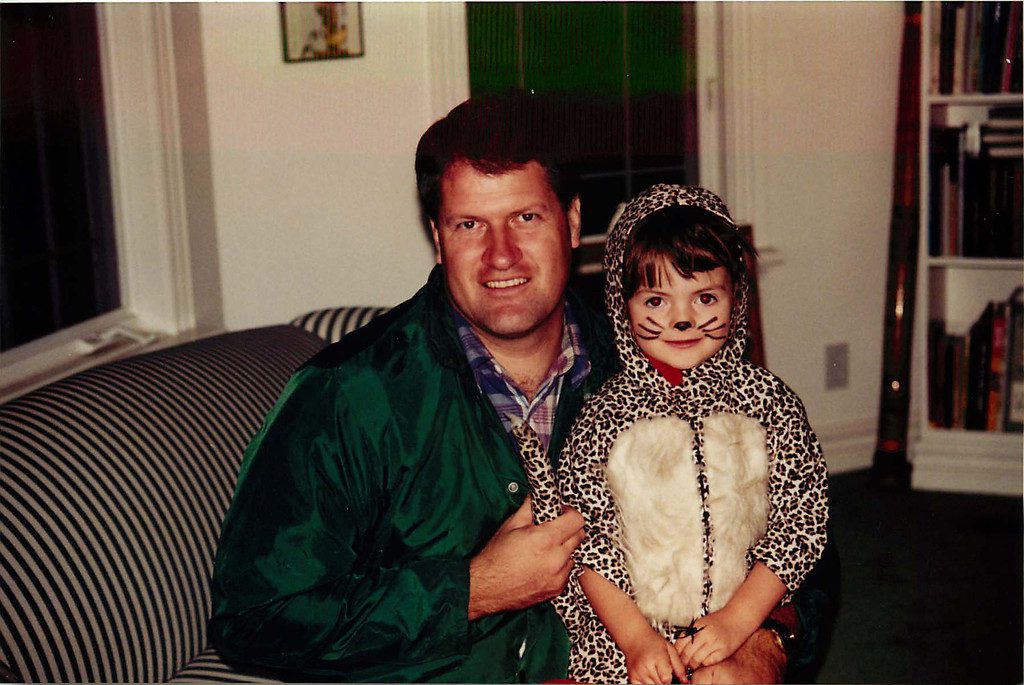 And I Remembered the Words of my Father

There are a few remarkable examples in the scriptures of men making great changes and turning their whole lives around because they remembered the words of their fathers. Perhaps those fathers didn’t know in the moment that they said those words that they would be remembered and that their words would have such an impact. I suspect most of the time, most of us don’t get to see our own impact.

Weary from the iniquities of the people he governed, Nephi the son of Helaman gave up his seat of power in order to spend the rest of his days preaching the word of the Lord with his brother Lehi. Why did they choose to sacrifice their worldly place and position for the pursuit of humble service? Because they remembered the words of their father.

It was their father that had taught them to, “lay up for [themselves] a treasure in heaven,” taught them that “man can be saved, only through the atoning blood of Christ,” and unforgettably taught them to build their foundation on the “rock of our Redeemer, who is Christ…which is a sure foundation, a foundation whereon if men build they cannot fall” (Helaman 5).

We read the words of Helaman as though they were the sermons of a prophet, failing to recognize that they were the day-to-day doctrine of a dad to his boys.

I too think often on the words of my father, though they haven’t yet convinced me to leave everything behind to be a lifelong, fulltime missionary. My dad’s ringtone for me when I call him is just a bunch of quacking ducks if that tells you anything about our relationship. We are cut from the same cloth and share a sense of humor so in sync that we often jump in to make the same joke at the same time. We laugh together heartily and often, but the words of my father that I remember are more than just punch lines.

When I was very young, my father taught me how to dance with a partner. He showed me the steps and when I tried to mimic them correctly, I wouldn’t take my eyes off my shoes, willing them to go where they were supposed to. He taught me then that it was very important to look your dance partner in the eye even if it meant stepping on his toe now and then. I took the advice so deeply to heart that when I competed in a Latin dance competition in college, I held my partner’s gaze so intently that he forgot the moves and we got cut on the second round.

The words of my father then though weren’t just about dancing, they were about being present, about engaging with others. Someday that advice of looking my partner in the eye would begin to apply to my eternal partner and I would try very hard to keep his eye and make him feel seen and noticed. Once when I was upset with my husband about some little thing that had gone wrong and I had talked to my dad about my frustrations, he saw me typing out a lengthy text to my husband and his words then were simply, “I know you’ll approach this situation with love and forgiveness.” I looked up at him, said nothing, then after a moment started silently and repeatedly hitting the delete key.

When I was eleven, I got to go on a Church History Tour that my dad was leading. I got to witness his knowledge of Church History and his deep love and appreciation for the prophet Joseph. And his words to me then affected my whole life. He gave me (and the whole group) a challenge to read the scriptures every day, never miss.

I took the challenge and though a couple of days in the interim have been like that night on a mountain in Chiang Mai when I realized too late during a meditation retreat that I didn’t have access to any scriptures and so I had to recite Book of Mormon verses in my head as I sat among the Buddhist monks—it has now been nearly seventeen years and I’ve never missed. I actually had the shocking realization this week that because I remembered the words of my father, reading my scriptures has been the only consistent habit I’ve been able to sustain for an extended period of time in my whole life.

Alma the younger remembered the words of his father in a moment where his very soul was racked with torment. He says, “while I was harrowed up by the memory of my many sins, behold I remembered also to have heard my father prophesy unto the people concerning the coming of one Jesus Christ, a son of God to atone for the sins of the world.”

If there is any father in the world who might’ve felt that he was not getting through to his son, it’s Alma, but he continued to share the gospel in his son’s presence never knowing that Alma the younger would remember those words when he needed them desperately. He would remember Christ and know to cry out to him because he remembered the words of his father.

“Now as my mind caught hold upon this thought, I cried within my heart, O Jesus, thou Son of God, have mercy on me…and oh, what joy…my soul was filled with joy as exceeding as was my pain.” (Alma 36).

I haven’t had an experience quite like the one in Alma 36, but my father has always come to my rescue both temporally, like when my car battery died thirty minutes away in an empty parking lot in the middle of the night, and in moments of frustration or despair when he has always been ready and willing to offer guidance from the Lord through the power of the priesthood.

My dad’s unfailing optimism and encouragement has at times given me unreasonable expectations about the speed of my own success and yet I’ve pushed myself further and accomplished so much more than I ever could’ve without that cheering in my corner. He believes in me and that helps me believe in myself.

Some of my dad’s best lines are borrowed from his own father or from the scriptures or from prophets, but the more I read these Book of Mormon accounts of remembering a father’s words, the more I realize that the key isn’t always the originality of the thought, but the truthfulness of it and the fact that it is coming from someone who knows you and loves you anyway.

Perhaps certain words can’t be fully impactful until they are repackaged and delivered by your father. Perhaps if Alma the younger had heard some other person preach of Christ, it wouldn’t have stayed lodged in some secret, special place in his mind and his heart waiting to be unearthed in a moment of greatest need.

How grateful I am for this weekend and a chance to celebrate and reflect on the influence of fathers. Contemplating the words of a father led Nephi to see a vision of the tree of life, it led his descendant Nephi son of Helaman to devote his whole life to missionary work and brought Alma the younger back from the brink of spiritual death.

The power of a father’s words can be as potent today as it was for these men centuries ago. May we all remember the best words of our own fathers and as fathers try to only say things that we would most want remembered.

What a sweet sharing about advice and experiences with your own father, and then reflections of special communications from fathers in the Book of Mormon. Thank you!