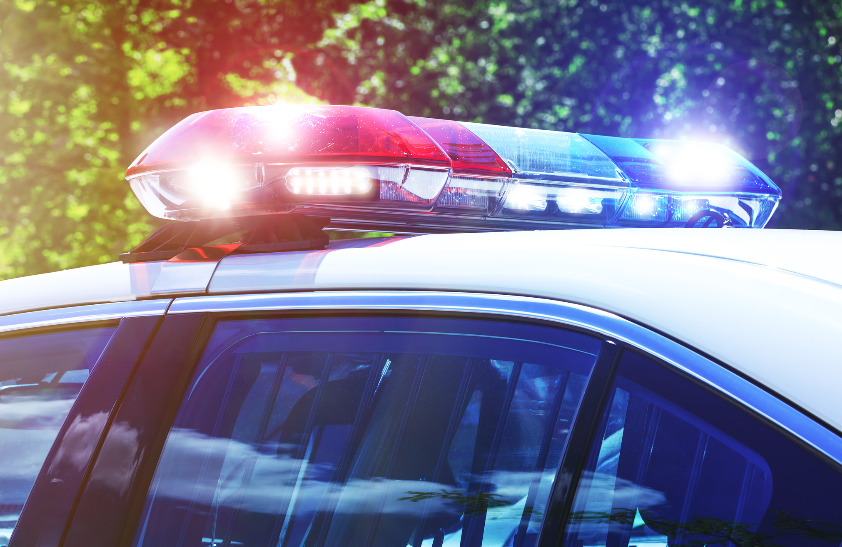 It was the day after Thanksgiving. As a police officer, Samuel was preparing to go on patrol, but he had to fill out the required reports first. Paperwork was the thing he hated most. He much preferred to be out on the streets. He finished his reports and looked at his assignment. He was going to be working in a poor section of the city.

If there was one place Samuel liked to work, it was that section of town. He had made lots of friends in that area. Even though there was more crime there because of the poverty, the people whom he had come to know were more inclined to stop and visit, and it made work go by faster. When he worked in the rich areas of town, too often, people were so caught up in their fast-paced lives that he never got more than a nod from them before they hurried on their way.

Samuel was just putting on his coat when he heard someone call his name. Samuel turned around, and there stood his sergeant. Samuel’s heart sank, thinking he was going to be assigned some more paperwork.

“Officer Nakamura,” the sergeant said, “could you use a sandwich before you head out?”

This statement took Samuel by surprise. Usually, his sergeant was all business. Samuel stood there for a minute, unable to speak. When he finally did speak, he just said, “A sandwich, Sir?”

The sergeant nodded. “Yes. Turkey or ham, to be exact.”

Samuel hardly knew what to say, so he just sputtered, “Uh, yeah, I suppose a sandwich would be nice.”

As the sergeant handed Samuel a sandwich, he sighed. “My wife expected a lot of family members to come yesterday, but the storm forced most of them to turn back. She had cooked two turkeys and a ham and made enough rolls to feed an army. She said she’s not about to eat leftovers for a month, so she made them all into sandwiches and told me to give them away.”

Samuel took the sandwich and took a bite. “This is very good, Sir. Thank you.”

“Yeah, she’s a good cook,” the sergeant replied. “But I was just ready to get off work when I remembered the sandwiches. I don’t dare go home until I have given them all away.”

The sergeant started back to his desk, and Samuel started to button up his coat. Suddenly, the sergeant stopped and turned back around.

“What am I doing?” the sergeant said. “I don’t have to give the sandwiches away. I can just assign you to do it.”

“How many sandwiches are there?” Samuel asked.

“Three huge coolers full,” the sergeant replied, pointing to the coolers by his desk. “You can just put the empty coolers back by my desk when you’re done.”

“But I was going out on a walking route,” Samuel replied.

“Not anymore,” the sergeant replied. “You’ll need to take the patrol car.”

With a nod, the sergeant said, “Happy after-Thanksgiving Day,” and he quickly left.

Samuel looked in the first cooler and figured there was well over a hundred sandwiches in it. The other coolers were stuffed full as well. He wondered how and to whom he could give that many sandwiches. But then he smiled as he realized how stupid that thought was.

He loaded the coolers into the patrol car and headed to his assigned area. He stopped first by an old basketball court where teenagers were playing ball.

Soon he had given out a few dozen sandwiches to some appreciative young people. Samuel stopped next at a place where homeless people hung out and were warming themselves around a fire. Though some people quickly disappeared at the site of his patrol car, they just as quickly came back when they heard he was offering free sandwiches.

Samuel continued passing out sandwiches wherever he went, to the old, to children in threadbare coats, and to everyone he met. His shift ended before the sandwiches were gone, but he continued until every last one was given away.

When Samuel came to work the next day, his sergeant apologized for giving him such a strange assignment. But Samuel just smiled and told what he had done.

“If your wife ever cooks too much, I’d be happy to give it away again.”

After the sergeant told his wife about it, she made it an annual tradition to cook too much and make the leftovers into sandwiches. And Samuel looked forward to sharing the food on his beat. It was one of the few reports he looked forward to writing about.

I love your columns!! I look forward each week to reading your article. Keep up the good work~~~

Another warm-and-fuzzy-all-over story. Daris Howard is one tho g I am thankful for this holiday season.