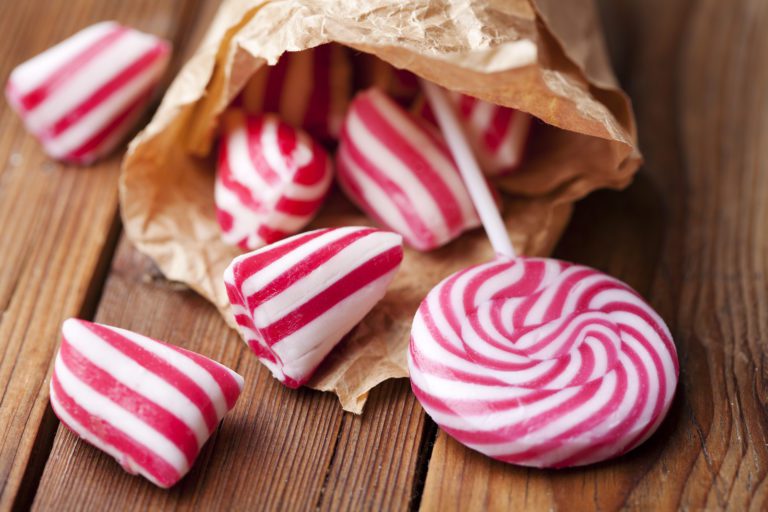 Note from Carolyn: Give the gift of health this year! For those of you who love the popular herbal detox drink we share here at Meridian, for the next three days you can purchase a two-week trial Christmas gift-pack, all wrapped and ready to give to a dear one who may greatly benefit from the healing properties of this all-natural product. CLICK HERE to read more.

For over 30 years, Christmas for the Allen family starts with a day trip the first weekend in December to celebrate “Olde Tyme Christmas” in Harpers Ferry, West Virginia, about two hours from our home. This beautiful little town, where American history infuses every shadow, is set high in the mountains of West Virginia where it overlooks the crossing of both the mighty Shenandoah and Potomac rivers.

Throughout this special weekend, Civil War reenactment groups along with area historical dance and music clubs revel in dressing up in period clothing and bringing the Civil War period in United States history to life. The shops and streets, decorated with fresh pine garlands embellished with fruit, ribbon and pinecones, are a-bustle with Civil War soldiers, musicians and families dressed in military uniforms, fancy dresses with hoop skirts, frilly bonnets, boots and high top hats. Their performances and presentations throughout the town make for a most memorable family day.

With the sweet tooth that has been a great struggle throughout my life, the Confectionary Shop where the history of period baked goods and candy are presented by knowledgeable educators in period clothing is one of my favorite stops. They explain that throughout history confectionary products have been considered to be delicacy to be enjoyed in very limited amounts. This is something that is completely foreign to us in 2014 with the continual barrage of very affordable mass-produced goodies in every store.

“While we Americans tend to think of candy in terms of supermarket and convenience stores displays, this sweet culinary family offers a much broader and complicated lineage. Food historians propose the first sweets were consumed as a sort of medical treatment for digestive troubles. Today’s cough drops and peppermint sticks descend from this tradition. As time and technology progressed, so did the art of confectionery. The English word “candy” derives from Arabic “qandi,” meaning something made with sugar. Indeed, the first candies were sugar coated nuts, seeds and fruits. Jujubes and marshmallows are a prime examples of ancient medicine becoming modern candy. Conserves and preserves (fruit preserved in sugar) eventually became their own type of food; typically paired toast or spread between cookies and cakes.

All of the peoples of antiquity made sweetmeats of honey before they had sugar: the Chinese, the Indians, the people of the Middle East, the Egyptians and then the Greeks and Romans used it to coat fruits, flowers, and the seeds or stems of plants, to preserve them for use as an ingredient in the kind of confectionery still made in those countries today. Confectioner and preserves featured in the most sumptuous of Athenian banquets, and were an ornament to Roman feasts at the time of the Satyricon, but it seems that after that the barbarian invasions Europe forgot them for a while, except at certain wealthy courts were Eastern products were eaten.

At the height of the Middle Ages sweetmeats reappeared, on the tables of the wealthy at first. In fact the confectionery of the time began as a marriage of spices and sugar, and was intended to have a therapeutic or at least preventative function, as an aid to digestive troubles due to the excessive intake of food which was neither very fresh nor very well balanced…guests were in the habit of carrying these sweetmeats to their rooms to be taken at night. They were contained in little comfit-boxes or drageoirs….” (“History of Food” by Maguelonne Toussaint-Samat, p. 565-566).

How were confectionaries, as they were sometimes called, made? Candy corn, for example, was originally made by hand. Manufacturers first combined sugar, corn syrup, carnauba wax, and water and cooked them to form a slurry. Fondant was added for texture and marshmallows were added to provide a soft bite. The final mixture was then heated and poured into shaped molds.

Baked goods were equally time consuming. When we compare the ease with which we now create a cake, candy or cookies with the use of our electric mixers, no wonder we consume them without much thought! Simple hand-operated egg beaters, the forerunner of today’s electric mixers, were not available until after 1884, meaning that all candy and baked goods required a great deal of physical effort in the form of simply beating the ingredients by hand. Recipes included a description of the desired consistency along with the suggested number of strokes required to achieve this result. The Betty Crocker website suggests 150 strokes per each minute of electric mixer time recommended. So 300 strokes would equal about two minutes.

Jumping forward to compare holiday treat making in the 1860’s to now, my facetious thought is that they probably expended as many calories as the finished product contained simply with all that beating! They may well have been the ultimate “0-calorie” treats!

Whether from popular reading or family histories, one doesn’t have to go back too far in American history to know that candy and sugar, unlike today where it is consumed frequently without much forethought, was most-often a greatly anticipated treat reserved just for special occasions.

Mildred Armstrong Kalish, in her most delightful book “Little Heathens – Hard Times and High Spirits on an Iowa Farm During The Great Depression” vividly recalls the unbounded decadence of Christmas candy:

“The highlight of each Christmas program was the arrival of a properly outfitted Santa Claus with a sack of goodies to be distributed to the children. Inside the brown paper sack for each child were ribbons of slick candy, peppermint pillows, cherry, strawberry, lemon and grape hard candies (some filled and some not), and jellied orange slices rolled in coarse sugar. Sometimes there would be chocolate drops, the old-fashioned kind with heavy white centers and a thin covering of bittersweet chocolate. Remember, his lavish revelry occurred in midwinter during the harshest weather and the worst depression of the century, when grown men were selling apples on the streets to get enough money to feed their families, when one thought twice before spending even a dime, when poverty firmly strangled hope” (“Little Heathens” p. 59)

Laura Ingalls Wilder, in the classic Little House on the Prairie books, mentions how a bit of peppermint candy in their Christmas stocking was a most delicious, anticipated delicacy to be savored.   Should she eat it all at once in a fantasy splurge, or enjoy it one lick at a time to extend the pleasure?

Of course, times have changed. What we eat, and the amounts have changed too. Recently the American Heart Association added its voice to the warnings against too much added sugar in the diet. But its rationale is that sugar provides calories with no nutritional benefit. According to Johnson and his colleagues, this misses the point. Excessive sugar isn’t just empty calories; it’s toxic.

Richard Johnson, a nephrologist at the University of Colorado Denver, asks “Why is it that one-third of adults [worldwide] have high blood pressure, when in 1900 only 5 percent had high blood pressure?” he asked. “Why did 153 million people have diabetes in 1980, and now we’re up to 347 million? Why are more and more Americans obese? Sugar, we believe, is one of the culprits, if not the major culprit.”

“It has nothing to do with its calories,” says endocrinologist Robert Lustig of the University of California, San Francisco. “Sugar is a poison by itself when consumed at high doses.” (Read more from the article in the link at the bottom.)

It is a great personal relief to know that I am no longer one to need sugar several times a day. Halloween of 2014 came and went with a great deal of fun and zero candy. Will Christmas be the same? With my growing appreciation for the “dos” in the Word of Wisdom and a whole food plant based lifestyle (see Jane Birch’s Meridian articles) will we I be eating candy this Christmas?

The tiny bit I did eat last year (as I was proactively addressing sugar as a legitimate addiction) was not as delicious as I had anticipated. The surprising and devastating truth was that just a little bit opened the emotional and physical clamor for more. Intellectually it’s easier to just not have any at all than deal with this reality, though in truth, I will probably have a small amount and learn my lesson again.

In short, Christmas is Christmas! A time to rejoice, a day and time to be marked that is unlike any other. Though candy and treats are part of the celebration, health-smart individuals, parents and grandparents will foster an understanding and tradition of saving it for special times. Taking an old-fashioned approach of it being a rare treat might be just the perspective we need while seeking to return to the basics of a healthier life than the Standard American Diet provides.

Carolyn Allen is the Author of 60 Seconds to Weight Loss Success, One Minute Inspirations to Change Your Thinking, Your Weight and Your Life, available at her website. She has been providing mental and spiritual approaches for weight loss success both online and in the Washington, DC community since 1999 presenting for Weight Watchers, First Class, Fairfax County Adult Education and other community groups. She and her husband Bob are the parents of five children and grandparents of eight. They live in the Washington D.C. area where she is the Primary chorister and they team-teach Missionary Preparation for the Annandale Stake CES Institute program.

Great job, Carolyn, timely reminder!!! What you have learned is the truth for most of us, “The surprising and devastating truth was that just a little bit [of candy] opened the emotional and physical clamor for more.” Here is one key to understanding the Word of Wisdom. The Lord wants us to get rid of addictions of all kinds. It isn’t just sugar we are addicted to, it is also highly processed foods and high fat foods of all kinds, including meat and dairy. Anything we have trouble eating “sparingly,” anything that encourages binge eating is probably something that is “easier to just not have any at all than deal with this reality.” Let’s say goodbye to addiction! Goodbye to bondage! Hello freedom! Readers can find my articles on the Word of Wisdom here: https://meridianmag.wpengine.com/author/jane-birch/