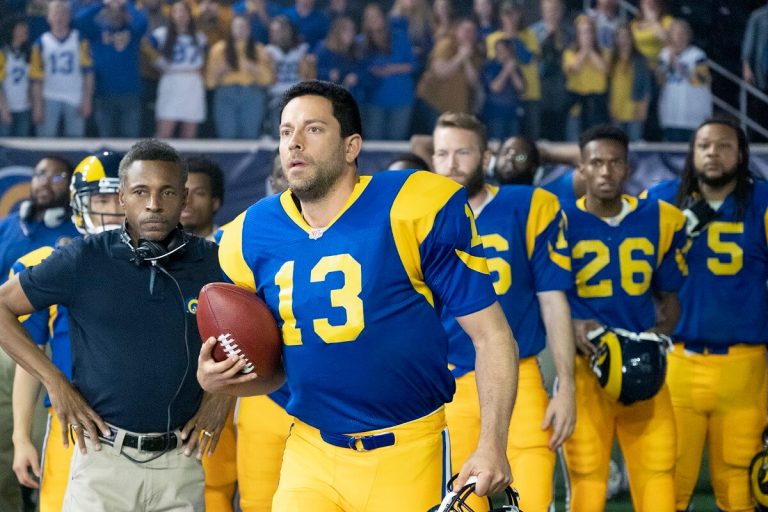 Cathy and I recently had the chance to see the film American Underdog, the story of Hall of Fame quarterback Kurt Warner. Based on my own experience with divorce and the consequent difficult life circumstances, I enjoyed and related to this film very much. I was a fan of Kurt Warner when he was playing football. I am an even bigger fan now.

The film shows how Kurt sat on the bench at a small, little-known college for four years and begged the coach to let him on the field. There was a time when Kurt considered quitting. In his Hall of Fame induction speech, Kurt explained what his mother said to him:

“She told me to be grateful for my opportunity, even if it didn’t look like I wanted it to look. To never stop working or preparing, because God had a plan and I needed to be ready when he showed it to me.”

Zig Ziglar was fond of saying that “Success occurs when preparation meets opportunity.” Even when Kurt’s opportunities did not look like his hopes, he continued to prepare so he would be ready when his moment of destiny arrived. It was going to be awhile.

In the meantime, Kurt met and grew to love a woman named Brenda, a former Marine, and a divorced mother of two kids—including a special needs child. She was in financially desperate circumstances and heartbroken about her divorce. She told Kurt her situation on their first meeting and said she would understand if she never saw him again. Kurt fell in love with Brenda’s special needs child before he even fell in love with her.

Kurt thought his moment may have arrived when he landed a tryout with the Green Bay Packers. He used his $5000 signing bonus to buy a used car. But he was cut from the team after a very short stint without ever playing in a game.

Kurt got a job stocking shelves in a grocery store to support his family. His income was meager, which required him to use food stamps. When he was being inducted into the Hall of Fame, Kurt said: “The road to our dreams often has detours. Sometimes you gotta do what you gotta do while you’re waiting to do what you were born to do.”

During this period of poverty, Kurt was with his family and ran his car out of gas in the freezing cold of an Iowa winter. He didn’t have any money. He explained:

“The four of us began rummaging through the seats, hoping to scrape up enough change to get home. We didn’t find many coins and as I jogged back to the gas station [3 miles], I kept thinking, ‘my kids deserve so much better than this.’”

That scene in American Underdog brought tears to my eyes. It reminded me of a cold New Year’s Eve while my divorce was pending, and I was financially broke. I found myself stranded with car trouble at the Flying J in Snowville, Utah. Two serious career setbacks  in less than a year had resulted in my being unemployed, and I only had a few hundred dollars in my checking account. I knew it would not be nearly enough for the necessary repairs. I knew no one could look at my car for more than two days with a holiday interfering.

During that dark night, my boys and I lay on the floor of the trucker’s lounge watching TV. I was feeling the deepest shame I have ever felt in my life. Like Kurt, I thought “my kids deserve so much better than this.” I was also thinking, “I have a doctorate and a post doctorate degree. How did I get here?” Like Kurt, I vowed never to put my precious kids in a situation like that ever again—no matter what I had to do. In some important ways, my situation was even more unbearable than Kurt’s. At least Brenda still believed in him (God knows why) and stuck by him. By contrast, my marriage was ending.

Amidst this financial peril, Kurt started playing football in an arena football league. It didn’t pay very well, but it did allow him to support his family. He found out at his first game that he would get a $100 bonus for every touchdown pass. He said, “this is going to be fun!” He threw seven touchdown passes that night and continued to light up the scoreboards of the arena league.

Through an improbable series of events, Kurt got a tryout with the St. Louis Rams. He was almost cut from the team before the season started. The coaching staff was evenly divided. But Head Coach Dick Vermeil had a hunch about him. When he told Kurt he had made the team, Coach Vermeil said:

“[T]he reason you made this team is I feel there is something special about you. Something different. And I couldn’t let you go without seeing if it was true.”

The coach soon found out when starting quarterback Trent Green went down with an injury in pre-season. Kurt’s number was called. His moment had arrived, and he was ready. This is where his many years of persistent preparation finally met the opportunity he wished for.

Kurt played his first NFL game when he was 28 years of age, and the rest is history. Playing for the league minimum salary, Kurt lead his team to the Super Bowl and won it. That season he was recognized as the most valuable player in the NFL and in the Super Bowl. His team was called, “The Greatest Show on Turf.” A little more than a year removed from playing in rodeo arenas, Kurt was now in the position to demand millions of dollars for playing the game he loved.

Kurt came from literally nowhere to be quickly recognized as one of the best that has ever played. He played in the NFL for twelve years and lead his teams to two more Super Bowls. He is one of only four quarterbacks in league history to take two different teams to the Super Bowl.

I loved American Underdog because it felt a little like my own story. I am an underdog too. Like Brenda Warner, I have lost a marriage where we had two children together. Like Kurt, I had severe career setbacks that nearly made me homeless. In the wake of losing an election, a business, my dream home, and a long-term marriage, I felt like life had beaten me. I felt like giving up. I could relate to the obvious pain and despair that Kurt and Brenda experienced during their journey.

Like Kurt and Brenda, with God’s help, I found a love exceeding all my expectations, inherited two step-kids that I adore, and miraculously received a career opportunity that is fulfilling a lifelong dream—something I was sure I had missed out on. Like Kurt, I found a boss who knew how to find talent in unusual places and believed I was special. Thankfully, I was prepared when my improbable moment came at age 53 to become a constitutional lawyer working for the Attorney General of Utah.

Watching American Underdog reminded me that miracles really happen—especially for those who are prepared when their moments of opportunity arrive. Like Kurt, some of us had to wait a very long time for those opportunities for career success, love, and family to materialize.

American Underdog is an inspiring and heartwarming film with a powerful message of hope for mid-singles, who may feel like the burdens of life are heavier than they can bear. Cathy is not the biggest football fan, but she also loved this film. Like Brenda, she was a divorced mother of two young kids and scrambling to figure out how to provide for herself and her children. If you need a pick-me-up (or even if you don’t), I strongly recommend this film. There’s so much in American Underdog that mid-singles and former mid-singles can relate to and feel inspired by.

You can connect with Jeff & Cathy at: