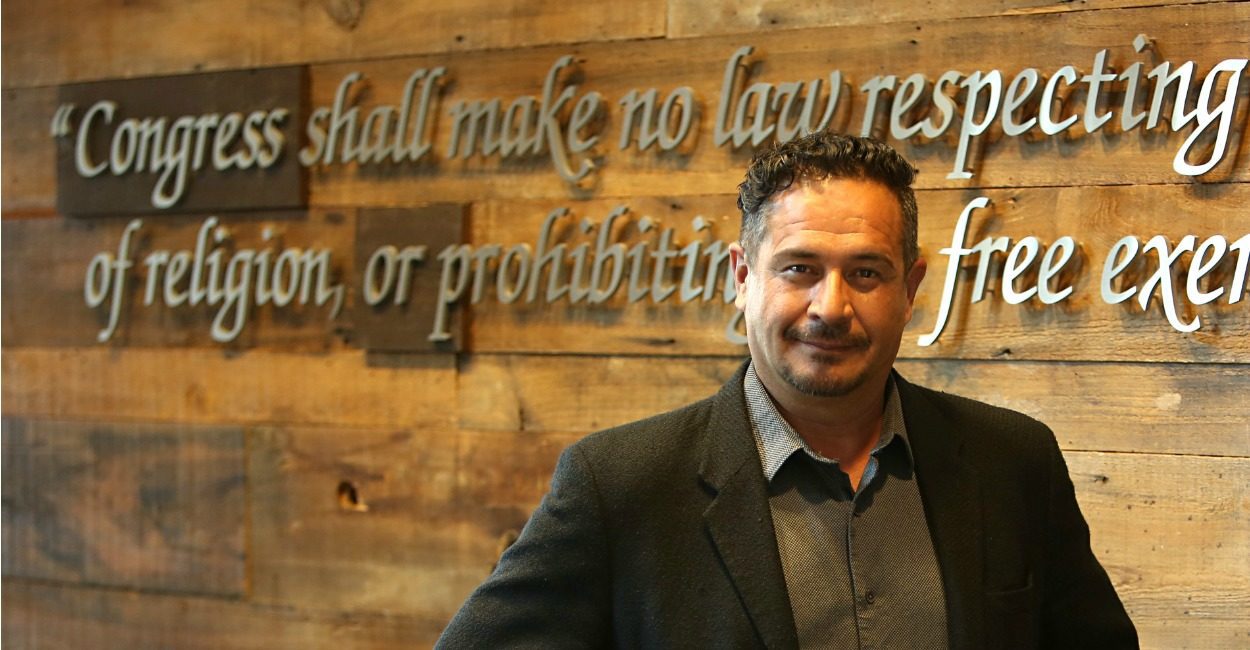 Uniformed airmen forcibly removed an Air Force veteran from a military base because he invoked God in a speech for a retirement ceremony, according to the legal group that represents him.

They escorted Oscar Rodriguez Jr. from the “flag-folding” ceremony as the 33-year veteran began his remarks at Travis Air Force Base in California.

“It was one of the most humiliating experiences of my life,” Rodriguez, who retired from the Air Force as a senior master sergeant, said in a June 20 press release prepared by his lawyers. He added:

I have given more than three decades of service to the military and made many sacrifices for my country. To have the Air Force assault me and drag me out of a retirement ceremony simply because my speech included the word ‘God’ is something I never expected from our military.

Roberson had heard Rodriguez give the speech at a friend’s retirement ceremony and invited Rodriguez to give the same speech for him according toFirst Liberty Institute, a legal organization that defends the religious freedom of Americans.

Rodriguez enlisted in the Air Force Army Reserve in 1980. He started out training as an avionic technician and later was promoted to section chief. He retired in 2013 as senior master sergeant.

There is another side to this story. I was stationed at Travis until my retirement, and have many friends who still work there. Many of them know Mr. Rodriguez, and from what they've told me, there is bad blood between him and many other people on the base, including the commander. The commander had good reason to ban him from the ceremony, and it had nothing to do with his mentioning of God. Mr. Rodriguez is simply spinning the story to make himself the martyr. Unfortunately, the folks on the other side are remaining silent, so their side of the story is not being told. Anyway, I just wanted to point out this particular incident was NOT about religious discrimination or persecution; it was personal conflicts between Mr. Rodriguez and the squadron commander. Still, the situation could have been better handled, rather than ruining a man's retirement ceremony with this spectacle.