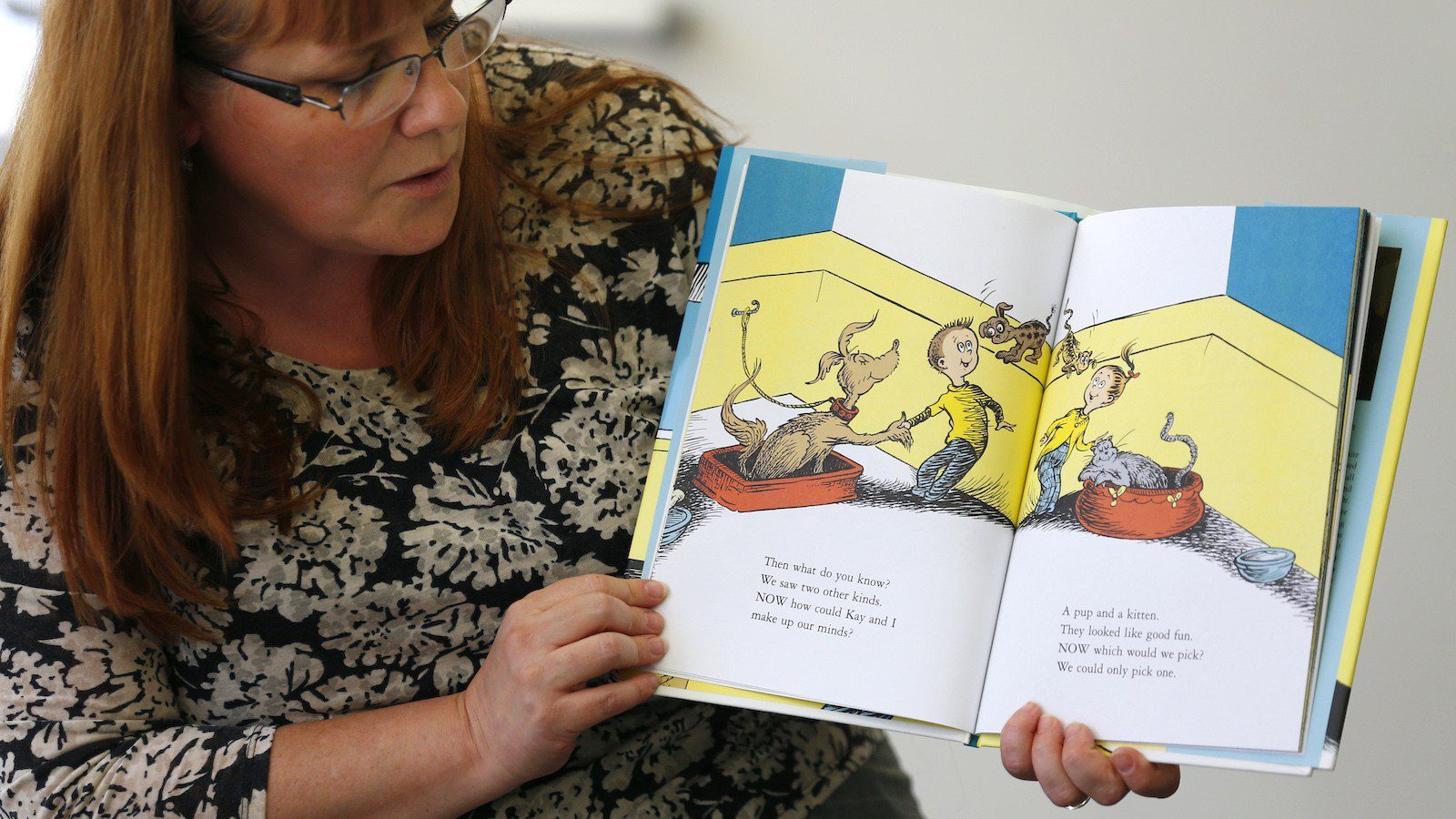 Cancel culture has many faces. Few reveal the ugliness of the impulse more clearly than banning books. This time, the target of the book-banners is perhaps the most beloved American author of all: Theodor Seuss Geisel, better known as Dr. Seuss. The culprits include Seuss’s own heirs, the Biden administration, and the far-left Southern Poverty Law Center. Everyone involved should be ashamed of themselves.

A young child reading the works of Dr. Seuss will be introduced not only to a world of whimsical wordplay and imaginative illustrations, but also to thought-provoking moral questions about the wider world we inhabit, in all of its messy diversity and injustice. The books themselves reveal Seuss’s own moral trajectory over time. None of that seems to matter to the zealots.

The term “cancel culture,” like “political correctness,” is hated by progressives, ostensibly because it is vague but actually for the opposite reason: because it gives a name to a real phenomenon, and naming a thing is the first step to organizing resistance to it. The best way to kill an idea is to prevent the language in which it can be expressed. While those of us horrified by cancel culture should be rigorous and fair in how we apply the term, we should not shy away from calling it out by name. The campaign against Dr. Seuss is cancel culture of the worst kind.

Cancel culture is not simply the act of pointing out offensive words, deeds, and images and holding people to account for them. It has five hallmarks. One, it starts by defining “offensive” to include a vast array of things that the political Left disapproves of (some legitimately offensive, others obviously sane and true), while normalizing and defending things that genuinely offend others. Two, its list of offenses is constantly growing and changing, such that even the most politically attuned people can never know what will be grounds for cancellation next. Three, it lacks a sense of proportion or context: everything is judged not only as if it just happened in the present time, but as if it is the only thing the offender ever did. Four, it treats the reader or listener as mentally fragile and incapable of learning or nuance, such that he or she must be protected from exposure to uncomfortable things — an unreasonable way of treating children, let alone adults. And five, it lacks mercy: The living must be made to issue groveling apologies and Maoist self-flagellations and sacked from jobs having nothing to do with their offenses, and the dead are beyond redemption.

What a sad day…becoming so easily offended by a drawing in a children’s book that we think we should change it or correct it or cancel it. Do our “brethren” promote censorship? Dr. Seuss stories, rhymes and illustrations are treasures of creativity. For me, they contain great messages and are not offensive. When I was a teenager, an artist drew my caricature at my request. It’s a prized possession that I can smile at.

So disheartening! Without any knowledge of Dr. Seuss, his history or intentions, I can only say, that his innovative way of teaching tolerance and affection has charmed and influenced my family for good and I am certain that will continue to be passed on to their future generations. Perfectly suited for entertaining young children and keeping their attention while introducing them to a world of differences, his fanciful stories demonstrate how alike we all are below the surface.