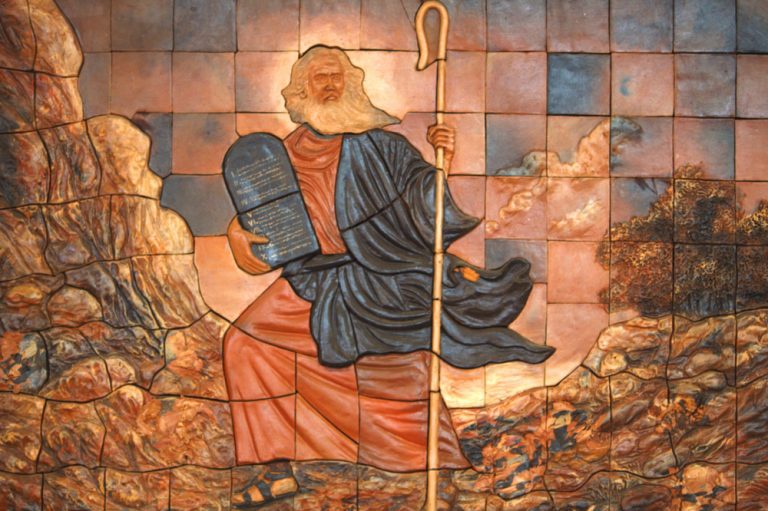 After an Old Testament Gospel Doctrine class, a friend emailed me to say he was concerned when I referred to Saul, David, and Solomon as having held Melchizedek Priesthood. He pointed out that the Prophet Joseph Smith clearly taught that the Melchizedek Priesthood was removed from the earth upon the death of Moses, and was not restored until the Lord’s ministry in the meridian of time.  He cited D&C 84, which informs us that Israel’s intransigence caused the Lord to swear in his wrath “that they should not enter into his rest while in the wilderness,” and that “he took Moses out of their midst, and the holy Priesthood also.” (vs.24-25)

My friend brings to the fore a very pertinent question: What is the scriptural disposition of Aaronic and Melchizedek Priesthood from Moses through Malachi?

Moses, Israel’s greatest prophet, and mediator of the Old Covenant, established Israel as a Church and a nation through the instrumentality of the Melchizedek priesthood. In a June 1830 revelation, the Prophet Joseph Smith observed that Moses was to be “made stronger than many waters; for they shall obey thy command as if thou wert God.” Moses was then informed that by this same power, he would “deliver my people from bondage, even Israel my chosen.” (Moses 1:25-26) The Lord was clearly speaking of a supernal authority which can only be defined as the sealing power by which Moses destroyed Egypt and led Israel to Sinai. Here Moses labored to sanctify Israel and bring her as a nation of priests and kings into the presence of God. (Ex. 19:6)

As with all prophets in all generations, Moses functioned as a President of the Church in a First Presidency, in this case with Aaron and Hur as counselors. (Ex. 17:12)  As with all presidencies, this council was patterned after the eternal quorum of Father, Son, and Holy Ghost.

Moses called a quorum of Seventy Elders who assembled on Sinai at his direction where they saw God and partook of a sacral meal. (Ex. 24:9-11) He further called a prince from each tribe to form a governing council over the whole. (Deut. 1:15, Numbers 7,8)

These Melchizedek Councils of Twelve operated throughout Israel’s Old Testament history. The Lord organized a Twelve in the meridian of time, and again with the restoration of the gospel in our day. A totality of keys was bestowed upon each individual called to this Council and exercised in their fulness by the senior apostle who is always the presiding officer or prophet.

Because of their recalcitrance, the generality of Israel lost the higher blessings of the gospel “and could not enter into the rest of the Lord “which rest is the fulness of his glory.” (D&C 84:24) Moses then instituted a law of carnal commandments, and a lesser priesthood conferred upon Levites only. This gospel portion Paul termed a “schoolmaster to bring us unto Christ.” (Gal. 3:24)

Aaron, who not only held Melchizedek priesthood, but served as a counselor to Moses in the First Presidency, was made the presiding high priest over the lesser or Aaronic priesthood where he was to preside with his sons forever. (1 Chronicles 23:13) The call to labor in the lesser priesthood came to the Levites because of their demonstrated faithfulness which was likely spurred by their familial tie to Moses. (Ex. 17:12, 28:1,3)

As to Israel’s backsliding in their demand for a king, the Lord made the best of it. He directed the prophet Samuel to prepare Saul for this office with sacred instruction on the roof of the Seer’s house. The circumstances might suggest to us a priesthood endowment, followed by an anointing the next morning naming Saul as Captain of the Lord’s inheritance, or Israel’s king. The king of the Lord’s inheritance can only be Melchizedek priesthood bearing. (1 Sam. 9:25, 10:1) Immediately Saul  is found prophesying among the prophets who also held Melchizedek priesthood. (1 Sam. 10: 5-6, 10-13) Samuel recorded the “manner of the kingdom,” meaning the regulation of a kingdom in which a righteous king is set apart. He must act in concert with a priest and prophet at his side, a triumvirate foreshadowing the Lord’s coming to fill all of these offices. (1 Sam. 10:25)

It is on this wise that David and Solomon came to rule Israel in their turn–holding Melchizedek priesthood. Solomon built the temple David envisioned. Temple construction and implementation is the province of the high priesthood only. Elders and seventies cannot assume this obligation.

As to other witnesses to Melchizedek priesthood activity in Old Covenant times we might cite:

David’s wives were given to him by the prophet Nathan in an eternal marriage covenant (D&C 132: 38-39), that David offered sacrifices as on Araunah’s threshing floor which he did by virtue of Melchizedek Priesthood. (2 Sam. 24:25) That David’s children had their endowments as is shown in the story of Tamar and Amnon. Tamar “rent her garment” in token of a broken temple covenant, the garment being the Hebrew ketoneth passim which is the garment Adam was given when he left Eden. (2 Sam. 13: 19) Solomon’s temple was commissioned, built, and consecrated by the high priesthood, meaning high priests, as elders and seventies cannot head such a work. It would appear that many Israelites who camped about the temple received full blessings there.

The Old Testament prophet Elijah held sealing keys, and governed a school of prophets who had Melchizedek Priesthood. (1 Kings 17:1) We might also recall that the Nephites had Melchizedek Priesthood though they lived the law of Moses. Lehi had this priesthood when the Nephites left Jerusalem as did Ezekiel and Jeremiah who were his fellow servants, possibly members of a Council of Twelve. There was no Aaronic Priesthood utilized in the Book of Mormon (there were no Levites).

In summary, we turn to three masterful statements by Elder Bruce R. McConkie:

Ancient Israel was a nation, a kingdom, and a church all wrapped up in one. Moses in his day was the prophet, seer, and revelator; Aaron was the presiding bishop; the twelve princes of Israel, one heading each of the tribes, held an equivalent status to that of the Twelve whom Jesus chose; and the seventy elders, who with Moses and Aaron saw the Lord, were what we would call the First Quorum of Seventy. There were elders and judges (bishops) and other officers, presiding, as circumstances warranted, over tens and fifties and hundreds and thousands. Israel operated as a theocracy, as a congregation of the Lord’s people, as a church…. [The rebellious] were excommunicated anciently as they are today. (A New Witness for the Articles of Faith, p. 333)

After the days of Moses, the ruling, governing, theocratic power in Israel was the Aaronic Priesthood. But most of the time, if not at all times, there were prophets and seers and congregations of brethren who held the Melchizedek Priesthood, which enabled them to perform celestial marriages. (McConkie, Bruce R., A New Witness for the Articles of Faith, p. 506)

“‘Gather unto me seventy men of the elders of Israel, whom thou knowest to be the elders of the people, and officers over them,’ the Lord commanded Moses, ‘and they shall bear the burden of the people with thee, that thou bear it not thyself alone.’ (Num. 11: 16-17.) Thus was the Lord’s system of government perfected in ancient Israel. Moses served as the prophet, seer, and revelator; at his side were ‘the princes of Israel,’ twelve in number, comparable to the Twelve Apostles, one of whom presided over each of the tribes (Num. 7); then came the Seventy—holy and noble men who also sat in judgment and regulated the affairs of the people. And a millennium and a half later, the Jews still maintained the form of their ancient order; the Great Sanhedrin—either patterned after or descended from the Quorum of Seventy called by Moses….’” (McConkie, Bruce R., Mortal Messiah: From Bethlehem to Calvary, 4:164)

All my life I've heard the two types of priesthood referred to as "the Melchizedek priesthood" and "the Aaronic priesthood." Why is "the" omitted when referencing them in this article? Just wondering if there has been some change I'm not aware of.

Thank you for this very informative article. I wouls slightly caution against comparing Aaron as a presiding Bishop or Mises, Aaron and Hur as a First Presidency. These things are indeed presages of the restoration of all things. Similarly, in my research, i have found at least three of the tokens given in the temple today were presaged by rituals in the ancient temple, but not the same. Even in the meridian of time in Christ’s church they did not have the fullness of the restored Gospel.