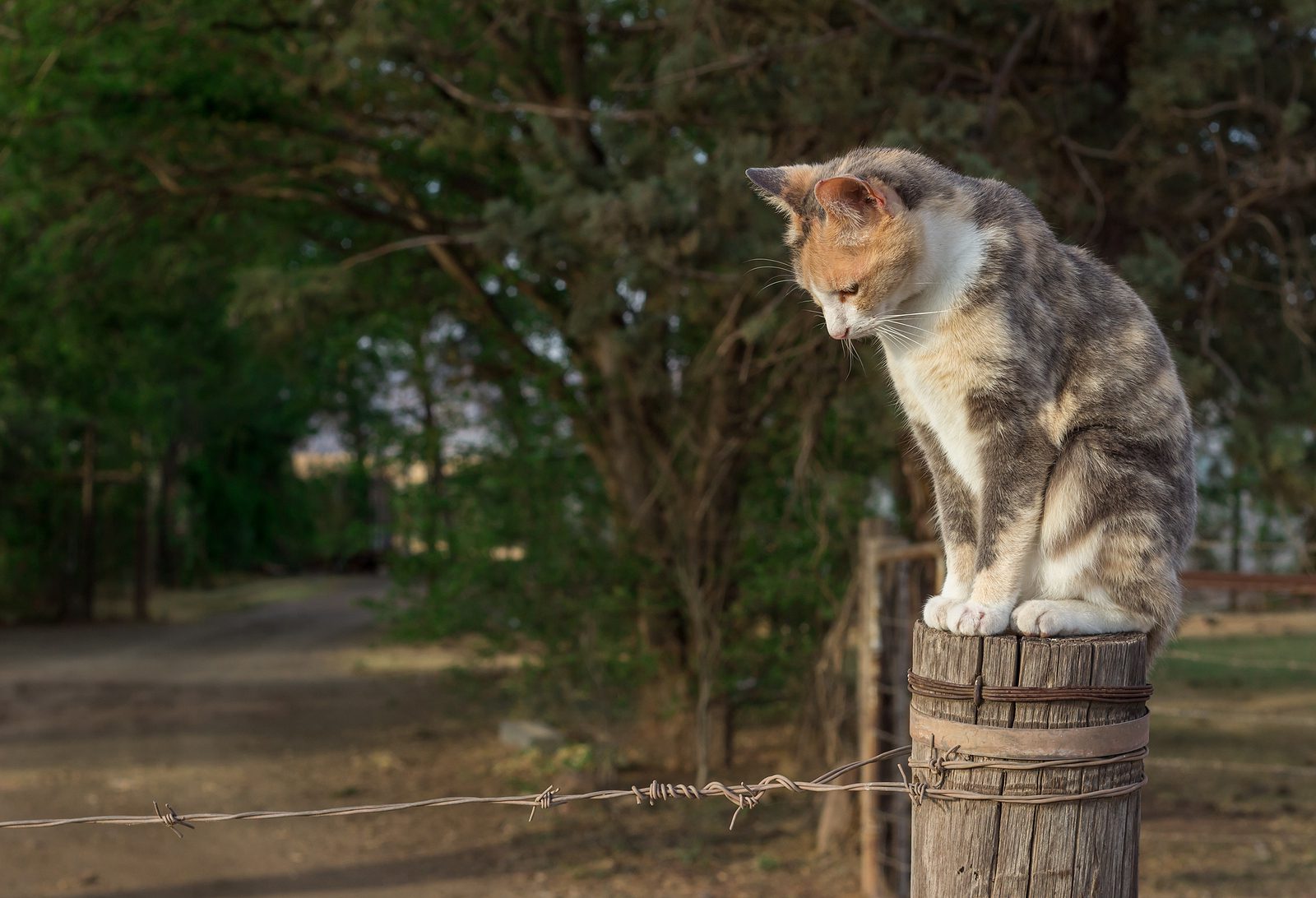 After reading my story about Sandy, a kitten we rescued, I received a letter from Steve Ciha. Steve reads my stories that appear in his newspaper and has written me a few times. He shared his own story about rescuing kittens.

A feral cat had decided to make her home on their property. They tried to befriend the cat, but it was too wild and would have nothing to do with them. One day, Steve’s granddaughter came and told them the cat had three kittens in their flower bed. But having been discovered, the cat quickly moved her kittens.

Sometime later, the mother cat was found dead on the driveway. Steve found it strange that he or anyone else would have run over her. They all loved animals, and she should have been easy to see since there was nothing to hide behind. Steve wasn’t sure how it could have happened without anyone knowing it.

With the mother cat dead, they knew the kittens would need help, and they put great effort into finding them. But it was to no avail. Finally, Steve had to leave for town, a seventy-mile round trip, so his effort in the search ended for the day. However, the following morning, as he was leaving, Steve saw something lying on the ground behind his truck. It was a tiny orange kitten, and it looked like it was dead. He picked it up and stroked it, and it feebly raised its head. Steve’s wife, Vicki, immediately took charge of the situation. An eyedropper was found, milk was warmed, and the kitten was delicately fed. Slowly it gained strength. A cardboard box was located, and with a clean towel and a heating pad, the kitten did well. But where were the other two kittens?

The search was renewed. They searched the buildings and the woods for any place they thought a cat was likely to hide her kittens. But it was all for naught.

Steve had to make the trip to town again and left the others to the search, but he thought a lot about the kittens. How could the mother not have been seen and gotten run over? Why was the one kitten on the driveway behind his truck? Where could the other kittens be? When he got home, he found no one had had any luck in finding the other kittens. They knew time was running out if the kittens were to be saved.

Steve and Vicki went to take a walk in a nearby park, and as they returned home, Vicki said she could hear kittens. They zeroed in on the sound and realized it was coming from near the back of Steve’s truck. Thinking about all the questions he had, Steve started putting the ideas together. The mother was run over unseen, and the kitten was on the ground behind his truck. Could the kittens be in the spare tire? Getting down on his hands and knees and peering underneath the truck, Steve could see little paws sticking through the spare tire lug nut holes.

Steve reached over the tire and lifted out the kittens one at a time. They had survived without their momma for three days and a hundred forty miles of travel. They were still alive, but just barely. However, with Vicki’s attentive care, the kittens were soon on the mend.

Two of the kittens grew big and powerful, males for sure, and they were named Jack and Nala. At times everyone wondered if the small female would live, but she did, and they named her Clover for good luck. In time, they outgrew the cardboard box, the bathtub, and the bathroom, so they roamed the house and claimed it as their own.

Steve’s granddaughter begged them to keep all three. A friend needed a cat, so they gave him Nala. But they decided they had to keep Clover and renamed her Baby. They also decided to keep Jack, since he probably saved the others by finding his way out of the tire. They were three beautiful kittens who had grown up to be wonderful cats.

If cats had a Mothers’ Day, these kittens would make their mother proud.