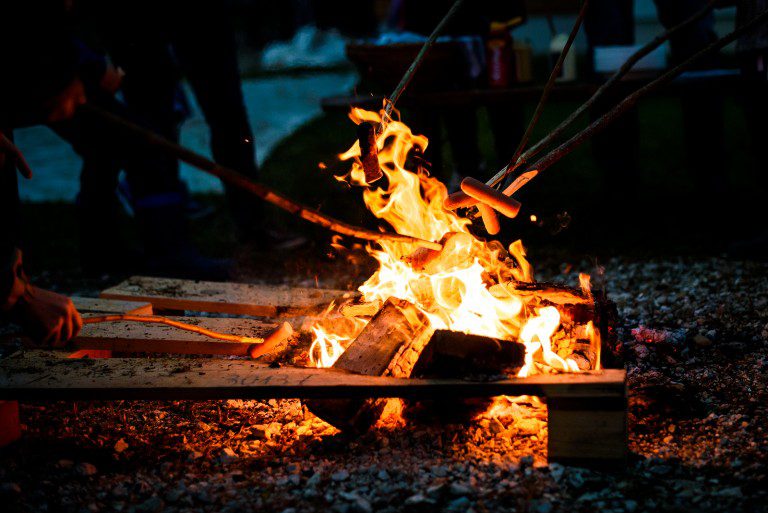 A Thief At Scout Camp

Gordy stormed out of his tent and marched right over to where I was checking ingredients for Dutch oven cobbler. “I knew it!” he hollered. “I thought it was happening, and now I have proof!”

“There is a thief here at scout camp,” he replied. “I thought I had things disappearing, and so I set a trap.”

“I didn’t catch nothin’ yet, but I’m going to,” he replied. “And when I do, somebody is going to find themselves thrown into the icy creek.”

“If you didn’t catch anyone, then how do you know somebody is stealing stuff?” I asked.

“I counted every one of my Oreo cookies before I headed off to work on my merit badge,” he replied, “and I had 22 of them. When I came back, the package only contained 21.”

I felt relieved that the total loss was only one Oreo cookie. I had envisioned things to be much worse. “Isn’t Mort the one sharing the tent with you?” I asked. “How do you know it wasn’t him?”

“Because he was with me at the merit badge station the whole time,” Gordy said, eying me suspiciously. “But you were here in camp.”

“I was,” I admitted. “But I can promise you that I didn’t steal your cookie. I was up half the night chasing that bear out of our camp, and so, when I finished with clean up, I took a nap. And I never heard anything.”

“How could you, if you were asleep?”

“Good question,” I replied. “However, I think sleeping bags are quite misnamed. I can hardly sleep in one.”

“Well, I’m going to catch whoever it is,” Gordy said.

“Are you sure you didn’t just miscount the cookies?” I asked.

“Yes,” Gordy replied. “And besides, the package was turned. I laid it out square with my wallet at one corner and my iPod at the other so I could tell if it was moved, and when I came back, it was twisted at an angle.”

“Let me get this straight,” I said. “You laid out your iPod and your wallet to mark the orientation of the cookie package so you could determine for sure if someone was stealing a ten-cent cookie?”

It was hard, but I held back my smile. “Absolutely genius,” I replied.

“And it’s not just cookies,” Gordy said. “I’m sure I’ve been losing some of my candy, too. I’m planning on setting a trap for that as well.”

“I don’t know,” he replied. “Do you have any suggestions?”

“Maybe you could turn the volume up on your iPod, and then maybe he’ll listen to it when he’s eating the candy, and we’ll know he’s there.”

“Ha, ha. Real funny,” Gordy said. “Thousands of comedians out of work, and I get stuck with you.”

I laughed. “Well, maybe, instead, you could get some of that red paint from the leatherworking merit badge station and put that on the outside of the candy wrappers.”

Gordy became excited at the prospect. “Do you think that will work?”

“Sure,” I said. “There is nothing like catching a thief red-handed.”

I suspect a furry critter is the culprit. What do you think?