A Theater And A Memory | Meridian Magazine 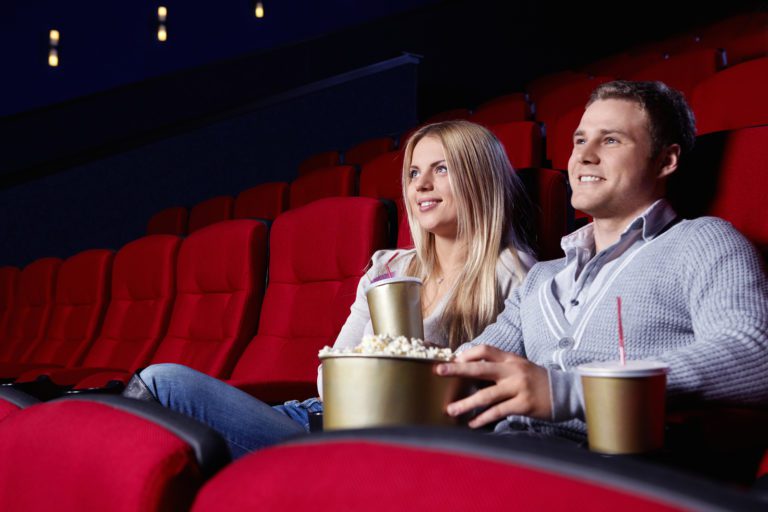 A Theater And A Memory

I was in a theater recently, performing in a production of A Christmas Carol, when an interesting memory returned to me.

When I was a teenager, the theater didn’t have live performances, but ran inexpensive movies. I loved movies, but a movie isn’t much fun to attend alone, and, unfortunately, I was so shy that it was hard for me to ask any girl out on a date. In addition, I was responsible for much of the work on my father’s farm and seldom had time.

But a new movie called Star Wars was showing, and I knew I just had to see it. All of my friends had, and when they started quoting lines or talking about the plot, I would leave so they wouldn’t spoil it for me.

I couldn’t afford to go to the fancy theater where it first ran, so I had to wait for it to come around again to the cheaper one. In addition, when it had first come to town, we were in the middle of harvest, and I was working from before daylight until way after dark.

But a year after it first ran, the movie came around again and was at this inexpensive theater. There was a girl named Mary that I liked, and I mustered all of the courage I had and called her. She accepted my date invitation, and my heart soared.

On the appointed Saturday I worked hard and fast all day, until I was absolutely exhausted. I milked the cows and worked through my evening chores as quickly as I could, then showered and dressed in my best clothes. My heart pounded, and I could hardly breathe as I drove to Mary’s house.

I walked to the door and rang the bell. Mary’s mother answered, and when I asked for Mary, she said, “Mary isn’t here. She’s gone on a date.”

I guess the look on my face must have said a lot, because she seemed to realize something wasn’t quite right and quickly added, “But I’ll make sure she knows you dropped by.”

I walked back to my car, feeling like I had just crash landed on earth. I wondered if I should go to the movie or just go back home. I knew I wouldn’t have the courage to ask someone on a date for a long time, and I might never get to see the show again, but it wasn’t fun anymore.

Finally, I decided to go anyway. I drove to the theater and bought a ticket and some popcorn. It seemed everywhere I turned I ran into friends with their dates, and they each asked me who I came with. I always changed the subject instead of answering. Eventually, I was able to slip into the theater where I could be less noticed in the dim light.

This theater did have one interesting feature that I knew about. There was a place in the balcony where there was a solitary seat in a corner by itself, and I quickly claimed it for my own.

I enjoyed the movie, though sitting alone wasn’t much fun, and seeing couples together everywhere made me jealous. I was also exhausted from the day’s work and struggled to stay awake. When the show was over, I stayed in my seat until the theater was almost empty so I wouldn’t bump into any more of my friends. But when I walked into the foyer, I ran right into one of my best friends, and his date was none other than Mary. I think, by the look on her face, that until that moment she had forgotten I had even asked her out. But when she tried later to convince me to try again, I never could.

So, as I waited at rehearsal for my turn on stage, remembering that night long ago, I went into the balcony and sat in the solitary seat, grateful those dating years were behind me.

It's a wonder that any of us survived those adolescent years, isn't it. I have many bitter-sweet memories of that time and I know my daughter does, too, because I saw some of them. But survive we did, and stronger for it. Not all our spiritual growth is specifically gospel oriented. Some of it is just plain growing up and surviving.