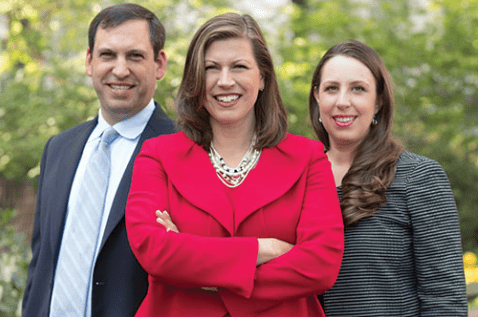 A Stand for Religious Rights

Editor’s Note: Hannah Smith, highlighted in this article, is an LDS attorney whose work on this case is worthy of note.

When the U.S. Supreme Court ruled in favor of the family-owned craft-store chain Hobby Lobby in its suit against the government last June, the decision was a high-profile victory for the Becket Fund for Religious Liberty, a nonprofit law firm based in Washington, D.C. Among the lawyers who worked on the case for the Becket Fund were Hannah Smith ’95, Mark Rienzi ’97, and Adele Keim ’01. They argued that a privately held business should not be required by the new health-care law to provide contraception that violated the religious beliefs of its owners.

Smith, who clerked for Justice Samuel Alito ’72 before joining the Becket Fund, credits Princeton for teaching her to “celebrate the religious diversity on campus,” she says.

For Rienzi, what “lit the fire” was a case in which Illinois mandated that pharmacists fill prescriptions for emergency contraception, he says. Rienzi worked for six years on behalf of the pharmacists, who objected because of their religious beliefs and ultimately won the case. Since he joined the Becket Fund, “I’ve had the most fun of my career,” he says.

Hobby Lobby was an “all-hands-on-deck situation,” Keim says, because a government deadline would have levied fines on businesses that did not comply.