A Savior Who Would Die to Know You | Meridian Magazine 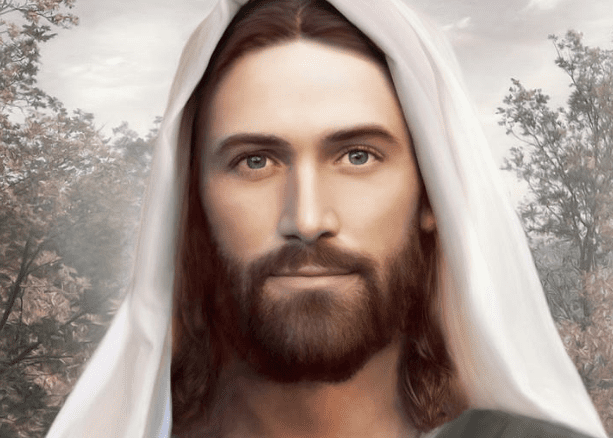 A Savior Who Would Die to Know You

Cover image: “Resurrection and the Life” by Brent S. Borup.

Not long ago, I was talking on the phone late at night with my husband who has been working out of town on the ice roads in Alaska for some time. I was recounting the events of my day and as I described how I felt about a particular interaction with someone, I started to dislike my own tone. I hated how I was coming across and so even though the conversation had moved on to other subjects, I stopped and said, “I hope what I just said before didn’t sound gossipy or bitter. I really didn’t mean—”

He stopped me there and said, “Mariah, I know your heart.” I didn’t need to explain myself any further. He knows my heart. A smile grew on my face that he didn’t see, but could probably hear through the phone. What a feeling to have someone know and love you well enough that they don’t need to hear your defense. To have someone understand what’s at your core so well that they can help you be truer and truer to your best self without condemning you for the stumbles along the way.

Someone else knows me like that. And He knows you too.

After the Savior had been betrayed with a kiss by a dear friend, he was taken to the palace of the high priest Caiaphas where the chief priests and elders “sought false witness against Jesus to put him to death.” The room was no doubt lined with stern and condemning expressions as cold as the limestone walls surrounding them, in this palace built for a man who couldn’t recognize the King of Kings.

Accusations were raised, but Jesus held his peace. Finally, the high priest answered and said, “I adjure thee by the living God, that thou tell us whether thou be the Christ, the Son of God.”

“Thou hast said.” And then Jesus added, “Hereafter shall ye see the Son of man sitting on the right hand of power, and coming in the clouds of heaven.”

That was enough. Caiaphas rent his clothes as he told the others that they had no need of more witnesses. They had heard the blasphemy themselves, right from the lips of the accused. The others concluded (as they had concluded long before this trial) that he was guilty of death.

It is on the next moment of this scene that my mind continually lingers during this Easter season, as I contemplate the life and mission of Christ and feel that constant yearning to be known and understood.

“Then did they spit in his face, and buffeted him; and others smote him with the palms of their hands, Saying, Prophesy unto us, thou Christ, Who is he that smote thee?”

They were mocking him, testing his divine ability and not believing in it for a second. And yet I can never picture this moment without imagining how intimately he knew every person that cruelly struck him. He had performed the atonement that very evening, felt all of their sorrows and pains and deepest disappointments; paid for their sins. Each hand that painfully met his face was a hand he was now uniquely prepared to hold. And was still willing to hold despite their deliberate infliction of additional pain.

He had always loved them with that perfect love for which we are all striving, but now he knew them. Now he knew them in a way no one else could ever or would ever know them. He knew exactly who smote him, knew so much more than their names.

I wonder if even in the smallest inkling, any of His abusers could feel that. If by chance, one caught his eye and could feel that He could see right through them, right into their soul. Perhaps in a moment of such fault, they would recoil to be so known. But for the rest of us; what a source of joy to have a Savior that would die to know us.

Outside of my closest relationships, I spend much of my life feeling unknown. As an actress, I walk into an audition room and have less than three minutes to convince a table of strangers that I’m worth investing in, worth betting on. More often than not, they are unconvinced and I’m left feeling that, “if they only knew me, if they only knew what I could bring to this, they would choose me in a heartbeat.”

Most of us get more than three minutes to make an impression, but even still we likely spend the majority of our lives not being fully known by those around us. Most of the people we interact with rarely get more than a glimpse of who we are and even then, they are likely to misinterpret us or reduce us to less than we can be.

But there is One who wanted so badly to know you that He was willing to suffer more pain than anyone else ever had or would. There’s a stark difference in understanding between the one who would merely shell out the money to pay your debt and the one who would step into your shoes and work your late nights and your overtime and take on your inadequacy and frustrations to pay your debt.

Jesus Christ did the latter. He left a heavenly home and assumed mortal frailty not just to save us from death, but to help us through life.

He knows how to help us. He reaches out not as an obligation or even as a gesture, but out of a perfect love and sure knowledge of what we are feeling and how we can heal. He knows our hearts. He suffered so that he could know our hearts. And all we have to do to accept this incredible gift He offers is to endeavor to know His.