A Plan of Discord | Meridian Magazine 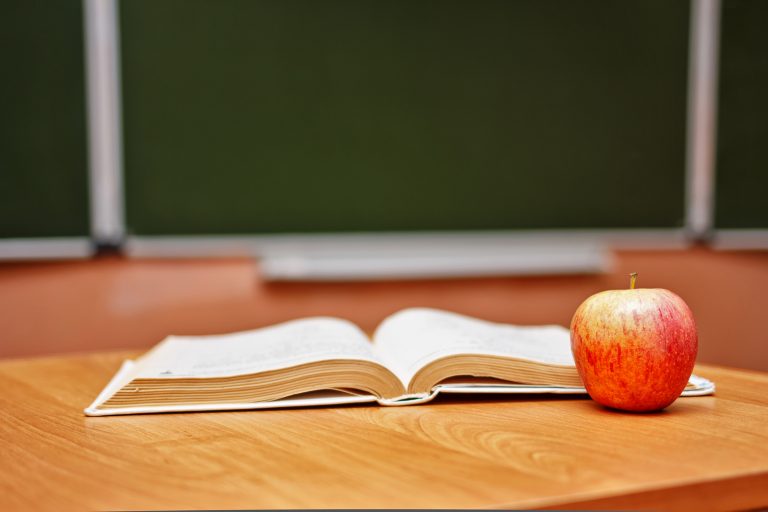 A Plan of Discord

Rick was a quiet boy who much preferred reading to being in the thick of things, somewhat unusual for high school. Even though the other students teased him about his love for books, he was big enough they didn’t usually bother him. But one day, before literature class started, a group of the most obnoxious boys was talking about how much they hated their reading assignments.

Steven looked over and saw Rick quietly reading. “Hey, Rick. You like reading so much, why don’t you do the book reports for all of us?”

Rick just ignored the comment. Steven was the biggest, loudest, and most obnoxious of the group and didn’t like being ignored. He got up from his desk, walked over, and stood right by Rick. The rest of the group followed.

Steven jerked the book from Rick’s hand and threw it to the floor. “Did you hear what I said, Mr. Bookworm?”

The other boys stood behind Steven, grinning smirky grins. Steven was acting menacingly, and the others egged him on.

Rick just nodded to Steven’s question. “I heard you. But you know very well that Mr. Hodgkin won’t let me do your book reports.”

Rick reached for his book, but Tyson, another one of the boys, picked it up. He held it up and read the title out loud. “Mythology.” He turned to the other boys. “Look, guys. He’s reading a book on mythology.”

The boys all laughed.

The boys all laughed again.

“Why don’t you fight us for it?” Steven said.

Rick knew he could probably take any one of the boys singly, but he knew he couldn’t take all five of them at the same time. Nor did he have any desire to fight. He stood there, considering what to do when he remembered a story from mythology. It was called Apple of Discord.

In the story, the goddess Eris threw an apple into the midst of the gods at a wedding feast. The apple was to be a prize of beauty and fueled such a dispute between Hera, Athena, and Aphrodite that it led to the Trojan War.

Rick faced the boys. “I’m sure that as tough as you boys are, that you don’t expect me to fight all of you at once. Why don’t you decide which one of you is toughest, and I’ll fight him?”

Steven stepped forward and stuck out his chest. “That would be me.”

Tyson, who now had the book, threw it onto Rick’s desk and shoved Steven aside. “Bull, you are. I could whip you any day of the week and twice on Sunday.”

A third boy made the claim of being toughest, and then a fourth. The fifth boy was smart enough to stay out of it. Soon the boys were shoving each other and yelling. The shoving turned to smacking each other harder and harder. Meanwhile, Rick sat down and started reading his book again. Just at the point when the boys were ready to break into fistfights, Mr. Hodgkin walked in. He watched them briefly, each claiming to be toughest, then he yelled, “What’s going on here?”

The boys looked sheepishly at each other, then Seth pointed at Rick. “He started it.”

“Rick,” Mr. Hodgkin demanded, “what do you have to say for yourself?”

Rick held up his book. “I was just reading my book when they came and took it.”

“What were you reading?” Mr. Hodgkin asked.

“The Apple of Discord,” Rick replied.

A slight smile creased Mr. Hodgkin’s lips. “Well, maybe somebody learned something from my class after all.”

Isn't this exactly what the political parties and politicians have done to the American people? They have thrown us an apple so to speak. In the attempt to "claim the prize" the people have turned against each other not realizing the issue is not the apple and who can claim it, but what the person that threw it to the people is doing and why. They will use these apples to ultimately defeat us if we let them. It is easy to conquer a people that is divided.