'A Place That Feels Like Home': Houston Temple Ready for Rededication | Meridian Magazine 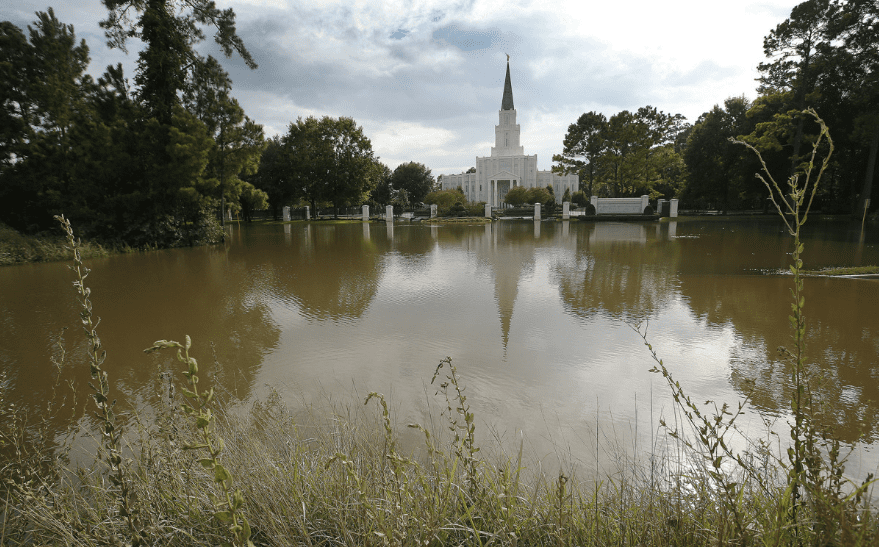 ‘A Place That Feels Like Home’: Houston Temple Ready for Rededication

Cover image: The LDS Houston Texas Temple is surrounded by water after Tropical Storm Harvey in Houston on Wednesday, Aug. 30, 2017.

For Mormons worldwide, the haunting images of filthy flood water lapping at the front door of Houston’s 17-year-old temple became synonymous with the disaster. The rains breached the edifice on Aug. 16, flooding the temple annex building, the basement and the main floor, with water rising more than a foot.

Church leaders decommissioned the Houston Texas Temple for extensive repairs and refurbishments. Almost eight months later, Houston’s first and only Mormon temple has made its own hurricane comeback. It will be rededicated on Sunday, April 22, in a single session.

President M. Russell Ballard, Acting President of the Quorum of the Twelve Apostles, will preside at the ceremony. It’s expected to be a low-key event. No open house or cultural celebrations are being staged, and the rededication will not be broadcast to meetinghouses in the temple district. Local members will attend their normal three-hour block meetings.

But Latter-day Saints here say it will be a joyful day of rededication. The temple will be open for patrons two days later.

“The Lord never left us.”

And, like Vermillion and many other Texas Latter-day Saints, he’s looked to the day when the Houston Texas Temple would be open again for the work of the eternities.