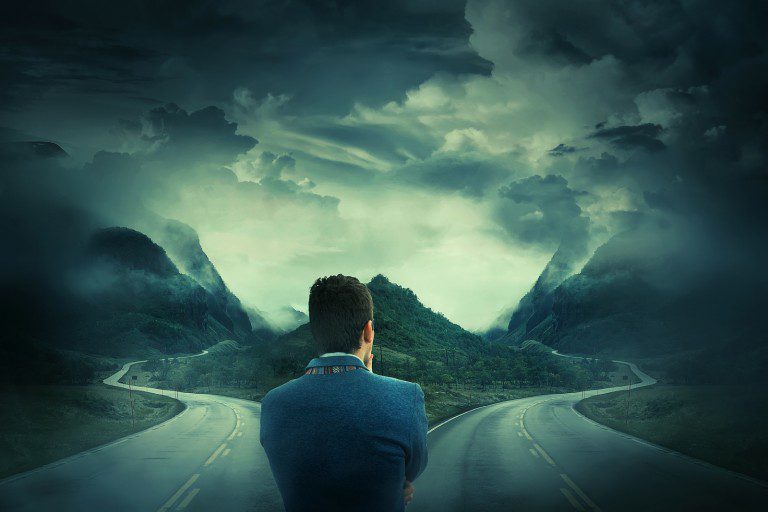 As a general rule, people overestimate what they know and underestimate the extent to which their thinking is affected by irrational biases and unconscious influences. (The latter is less about Freud and more about advertising.) The world would be better off if people were humbler and less attracted to certainty and absolutism. This skepticism about the reliability and extent of human knowledge is often called epistemic humility, and it can sound like an essentially pro-doubt position.

With that context, let’s talk about President Hinckley’s talk from the Saturday morning session of the October 1981 General Conference, Faith: The Essence of True Religion. It is the most definitive anti-doubt statement I’ve ever read. He starts with a comment—from an unnamed journalist I’ve been unable to identify—that “certitude is the enemy of religion” and proceeds to spend the rest (the majority) of his talk rebutting that proposition with passages like these:

Great buildings were never constructed on uncertain foundations. Great causes were never brought to success by vacillating leaders. The gospel was never expounded to the convincing of others without certainty. Faith, which is of the very essence of personal conviction, has always been, and always must be, at the root of religious practice and endeavor.

Following the death of the Savior, would his Apostles have carried on, teaching his doctrine, even giving their lives in the most painful of circumstances, if there were any uncertainty concerning him whom they represented and whose doctrine they taught?

As it was anciently, so has it been in modern times. Without certitude on the parts of believers, a religious cause becomes soft, without muscle, without the driving force that would broaden its influence and capture the hearts and affections of men and women. Theology may be argued over, but personal testimony, coupled with performance, cannot be refuted.

We may as well add to that scriptures like D&C 6:36, “Look unto me in every thought; doubt not, fear not” and Mormon 9:27, “…Doubt not, but be believing…” So, is it possible to reconcile the seemingly pro-doubt position of epistemic humility with the starkly anti-doubt position of President Hinckley and the scriptures? And, maybe even more importantly, why would we even want to try?

The answer is that not only is it possible to reconcile the two views, but they are in fact complementary. Epistemic humility is an attitude of cautious skepticism towards human pursuit of knowledge. President Hinckley’s talk—and the scriptures—are full of encouragement to trust in Godly pursuit of knowledge. This answers both of our questions. Yes, it is possible to reconcile the two, and the reason we would want to try is that properly understanding the limitations of human knowledge can be part of an invitation towards greater reliance on the Spirit.

The world would like to convince us that we have to make an either/or decision between reason and faith, but that is not the case. There is no conflict between religion and science, nor are the two part of some kind of separate-but-equal approach to understanding the world around us. There is only one, unified pursuit of knowledge. Our methods and approaches will differ as we consider different questions: the abstract tools we use to study non-Euclidean geometry are not a replacement for double-blind testing of new medical treatments. But while the branches of the tree of human knowledge—different disciplines like math or physics or chemistry or linguistics or history or philosophy—are distinct, the deeper you trace them the more you realize that they stem from the same, unified trunk.

My views on epistemic humility are not an attack on science. In fact, they are not primarily about science at all. They are primarily about a skepticism of our confidence in our reasoning on an individual, personal level. Person-by-person, we don’t know as much as we think we do, and we fool ourselves more often than we admit. But this skepticism does bleed over into skepticism about the reliability of scientific institutions and authority because the same human traits that mislead us on an individual basis can do so in groups.

For example, the unreasonable effectiveness of math in the discipline of physics has led to “physics envy” as other disciplines (often inappropriately) try to re-apply mathematical techniques that work in physics in their own disciplines. This is easiest to see in economics, where elaborate and mathematically rigorous macroeconomic models have very little to do with the real world and essentially zero ability to predict anything useful. What is going on? Social scientists are chasing the prestige that physicists have won through the accomplishments of Newton and Einstein. Is it rational to warp entire scientific disciplines in the pursuit of social acclaim? No, it is not. But it is very human.

Put simply: epistemic humility is not opposed to science but it is opposed to scientism. It is a pruning back of our over-reliance on science-y stuff (not real science). It’s not about a zero-sum game where we need to reduce science to restore religion’s place. It’s about an awareness that science and religion both prosper when they are properly in harmony with each other.

Certitude, which I define as complete and total assurance, is not the enemy of religion. It is of its very essence. Certitude is certainty. It is conviction. It is the power of faith that approaches knowledge—yes, that even becomes knowledge. It evokes enthusiasm, and there is no asset comparable to enthusiasm in overcoming opposition, prejudice, and indifference.

This certainty is not a human creation. It is a gift we receive from God through the power of the Holy Ghost:

The marvelous and wonderful thing is that any individual who desires to know the truth may receive that conviction… It will take study of the word of God. It will take prayer and anxious seeking of the source of all truth. It will take living the gospel, an experiment, if you please, in following the teachings. I do not hesitate to promise, because I know from personal experience, that out of all of this will come, by the power of the Holy Ghost, a conviction, a testimony, a certain knowledge.

The terms doubt and certainty mean very different things in the context of epistemic humility versus in the context of scripture. This isn’t sophistry. It’s a fact of life. Sometimes words have different—even radically contradictory—meanings. Just look at how terms like love and tolerance have been repurposed in our culture. We need to have the discernment to look beneath the surface, and when we do we will find that epistemic humility and prophetic teachings go hand-in-hand as we seek to be humble, honest seekers of truth and wisdom.