A Mother’s Day Tribute From a Toddler | Meridian Magazine 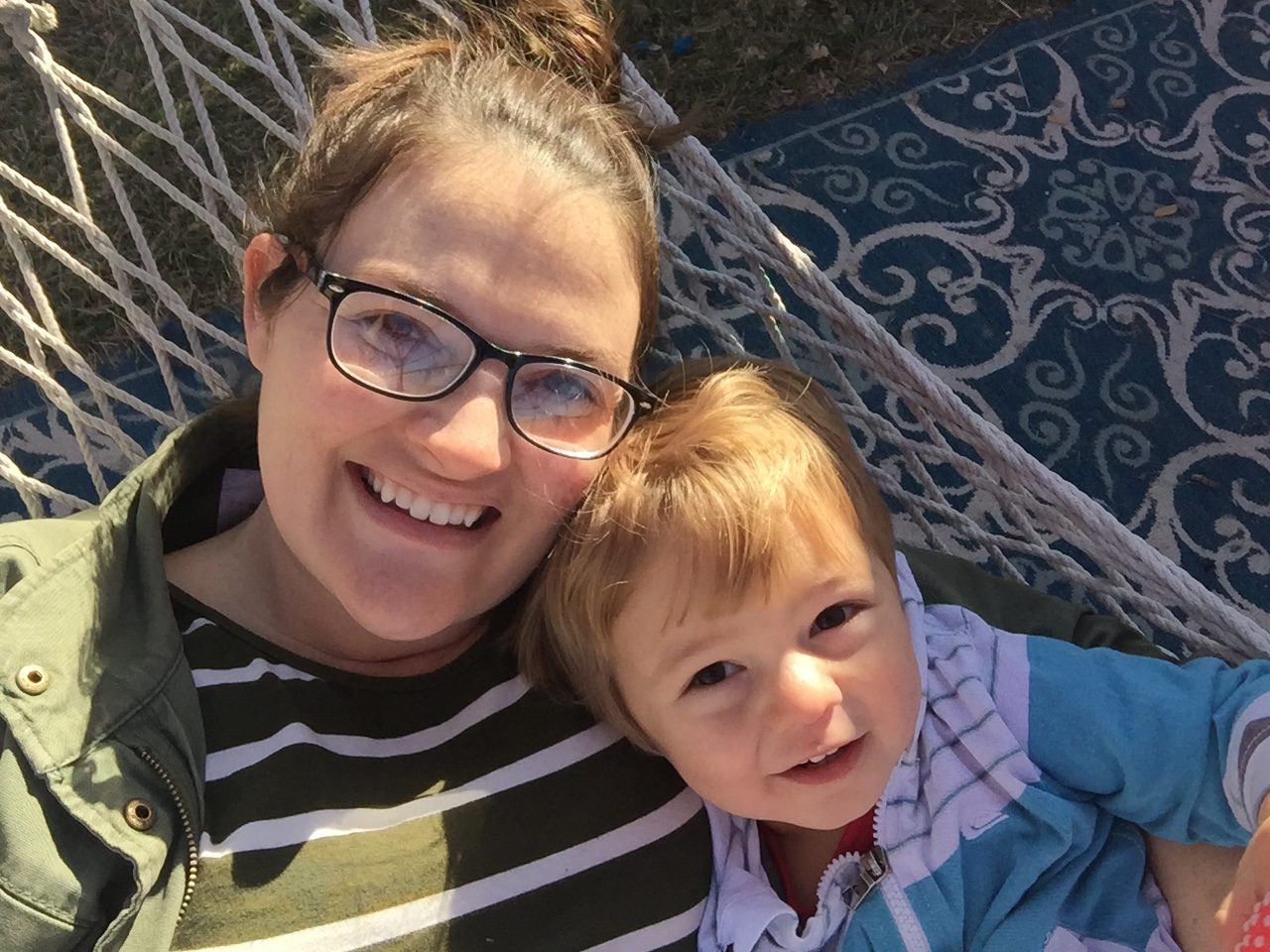 My very first Mother’s Day as a mother was also the first day I came back to Church after having a baby. I was tired, but excited to return to some sort of normalcy. We didn’t even make it into the chapel before the baby was crying and needed some soothing and feeding. It was only then that I discovered I was wearing a dress I basically couldn’t nurse in and our diaper bag had virtually nothing useful in it. So, I spent my first Mother’s Day as a mother listening to sacrament meeting from the mother’s room while my husband ran home to get a bottle, realizing how much I still had to learn and how many faux pas I would probably make along the way to learning it.

As that Church meeting was drawing to a close, we heard the bishop say, “Ok, now President Oaks would like to share a few words.” My husband (who was sitting in the otherwise empty Mother’s Room with me) and I looked at each other confused. “Do we have a stake president named Oaks or something?” We didn’t. It was President Dallin H. Oaks, who had come to visit our ward totally unannounced.

My husband and I stepped into the back of the cultural hall to listen.

I don’t remember all of the message, but I remember him sharing what a privilege it is to be a mother and therefore be nurturing someone “at the headwaters of their life”. It seemed like such a beautiful image and I did feel blessed to hold this little bundle at what is just the beginning for him.

In the almost two years that have passed since then, I have learned that those headwaters really are beautiful, but they also sometimes require more of you than it feels like you can give. They leave you exhausted, sometimes disoriented about who you are, and wondering when you will get a break. Mother’s Day is coming—a chance to be celebrated for the sacrifice—and though I spend my full time providing a sense of security, peace, and comfort in the world to a little person, it will be a long time before he has the inclination or ability to thank me for it.

Until then, I know these are the things I can count as tribute from my two-year-old:

Most mornings when he wakes up, he won’t cry. He will simply stand in his crib and shout “Ma!” “Ma!”. In that way, he is telling me “I trust that you are something consistent in my life and I am grateful you are there to open the door, wish me good morning, and usher me into each new day.”

When I recently followed him in climbing all over a jungle gym, he didn’t seem to notice much that I was there. That is, until he got to an obstacle he wasn’t sure how to navigate. Without turning back toward me, he reached both hands straight up and wiggled his fingers, indicating he needed my help and he knew, without looking, that I would give it. This is his way of saying “thank you for helping me navigate this new world, and I’m glad you’re there to help me figure out the tough stuff.”

I can always count on those reaching hands and wiggling fingers to find me too whenever an upbeat song comes on somewhere. Whether we’re at the aquarium, the grocery store, or our own living room, if there’s a rhythm that he’s feeling in his toes and hips, it will be mere moments before he comes to find me and pulls me up from sitting with insistence that we “dance, dance!” Though my eight months pregnant body would rather sit one out sometimes, I always jump up to join him. I know it’s his way of saying, “when there’s fun to be had, I want to have it with you.”

My toddler seems to have learned new words in order of their importance to him and so “sit” was one he began to use frequently, early on. Mostly so that he could tell us with a little pointing finger that he wanted us to “sit” in the swing next to his or “sit” where he could snuggle close to us on the couch. “Sit” when he wants us to come to the table and enjoy a snack together or “sit” in the glider in his room when he wants to snuggle or read books and doesn’t want us to leave. If he had more words to express what each “sit” meant, I would guess they would be something like, “sit with me, I feel comforted and happy when you are nearby to see the world with me. I’m so glad you are here and that we are friends.”

“Mama” is the first name he calls out when he is upset and the dragon tears start to flow freely down his cheeks. It was almost a series of sounds that grew out of the gulps of a sob when he first learned to say it. When he’s been hurt or something scares him or he’s too tired to go on or he learns that you have to wait in a long line before you can ride the carousel, it’s me that he seeks and my shirt that he wets with his tears of so little experience. If he could talk through his tears, he’d probably tell me, “Mom, this is hard and new to me and I’m overwhelmed. That experience was unfamiliar, but I’m glad you’re here, because you are familiar and that makes me feel so much better when I’m scared.”

I was born at two minutes after midnight on March 24 and so it was this year, leading into my birthday that I was awoken at 2am, just after the actual anniversary of my birth, by a wail from my child. My husband couldn’t get up with him because he was already running on very little sleep and had to be at work early the next morning, I silently groaned to myself, “this isn’t fair, can’t I just have one good night’s sleep?” Then I got up, went in to see what was the matter and found that my 2-year-old had dropped a toy out of his crib that he dearly wanted back. He was nearly inconsolable and I held him as he sobbed that the “bung-a” fell “down”, “bung-a” fell “down”. He melted into me as he continued to heave his little cry and I looked at the clock and noticed that I had officially turned 31 and this was how I was celebrating.

But raising a small child isn’t about counting how much sleep it is fair to expect to get. Or thinking your child’s reactions to simple disappointments should at least be tempered on your birthday. It’s not even about equally dividing the tasks of the house among spouses, because often there’s more to do than either of you have to offer. You can be perfectly equitable in taking turns and still find that it’s your turn again before you feel any better equipped to the task than you were before.

Who will explain to my child that it doesn’t matter that the toy fell down, we just need to pick it up again? Who will teach him that a rational reaction to this set of circumstances would be much calmer than this? Someday we will, but not tonight. For tonight, my job is to hold him close and teach him that I’ll always be a safe place for him to cry out his bitterest disappointments; to teach him that “mama” will always be a reliable name to cry out when the world shocks or hurts or distresses him.

No, I don’t expect that I’ll wake up on Mother’s Day to a kind note from my two-year-old expressing his fond memories or his admiration for my strengths or my sacrifices. He won’t cook me breakfast or bring me flowers. For now, these little moments where he shows me that he trusts me, seeks me, and is glad that I keep being there are the only tribute he can give.

It all goes so fast--enjoy it. These are such precious years My 17 and 18 year olds still aren't quite at the thanking me stage. It's more of a separation time for them from me. It's all good

Being a father of 2 kiddos, one now 3 years old (son) and the other about 14 months (daughter), I identify with your sentiments so much. On Saturday mornings when I usually get up with kiddos so my wife can sleep in a bit (after having gotten up with them every morning during the week so I could get in the shower to get ready for work), I find more and more how extraordinary Mother's really are, and that sometimes there's just some comforts that Dad's can't provide and that's OK! I also believe I can work on improving my responses to my kiddos reactions to little things that really don't matter much in the grand scheme of things (i.e. Brother took my toy from me), but much more applicable is those teaching moments (me to my kids) and learning moments (my kids to me). On to another wonderful day! Bless you, Mom's...everywhere.